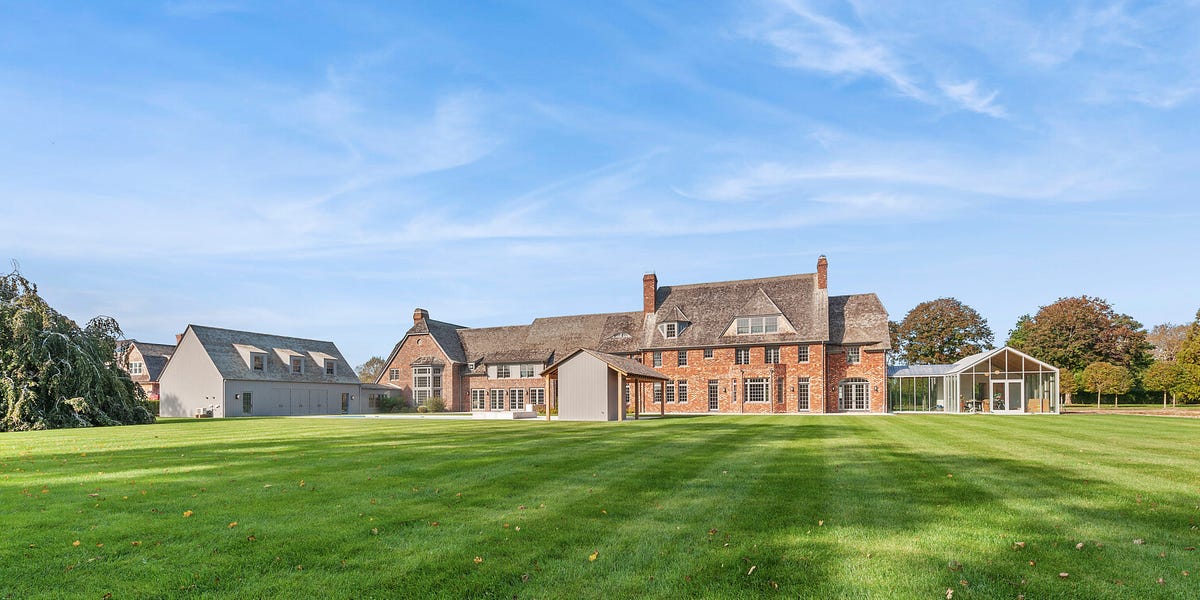 The Atterbury Estate is more than a hundred years old.

Completed in 1913, the estate is named after renowned architect Grosvenor Atterbury. Atterbury was a prolific architect in his day, designing the American wing of the Metropolitan Museum of Art, and several other historic Hamptons residences, among other works.

Despite its rich history, the mansion was a “total wreck” when Walentas bought it in 2019, he told The Wall Street Journal last year.

As a result, Walentas worked with a team of architects and designers to have extensive renovation works done on the home over a period of two years, Christopher Burnside of Brown Harris Stevens which holds the listing, told Insider.

“When Mr. Walentas purchased the property in 2019, the entire interior had already been stripped down to the studs, so only the exterior brick facade remains from the original 1913 home,” Burnside said.

“Every detail was poured over by the team and was vetted through a system of approvals to ensure it kept within the original design while incorporating modern elements including high ceilings, completely custom cabinet details, and high-tech smart home systems,” he added.

The cost of the home is quite a bit higher than the median listing price of homes in the Southampton area. According to Realtor.com, the median list price is $2.4 million, and the median sold home price is $1.2 million.

Walentas did not immediately respond to Insider’s request for comment.