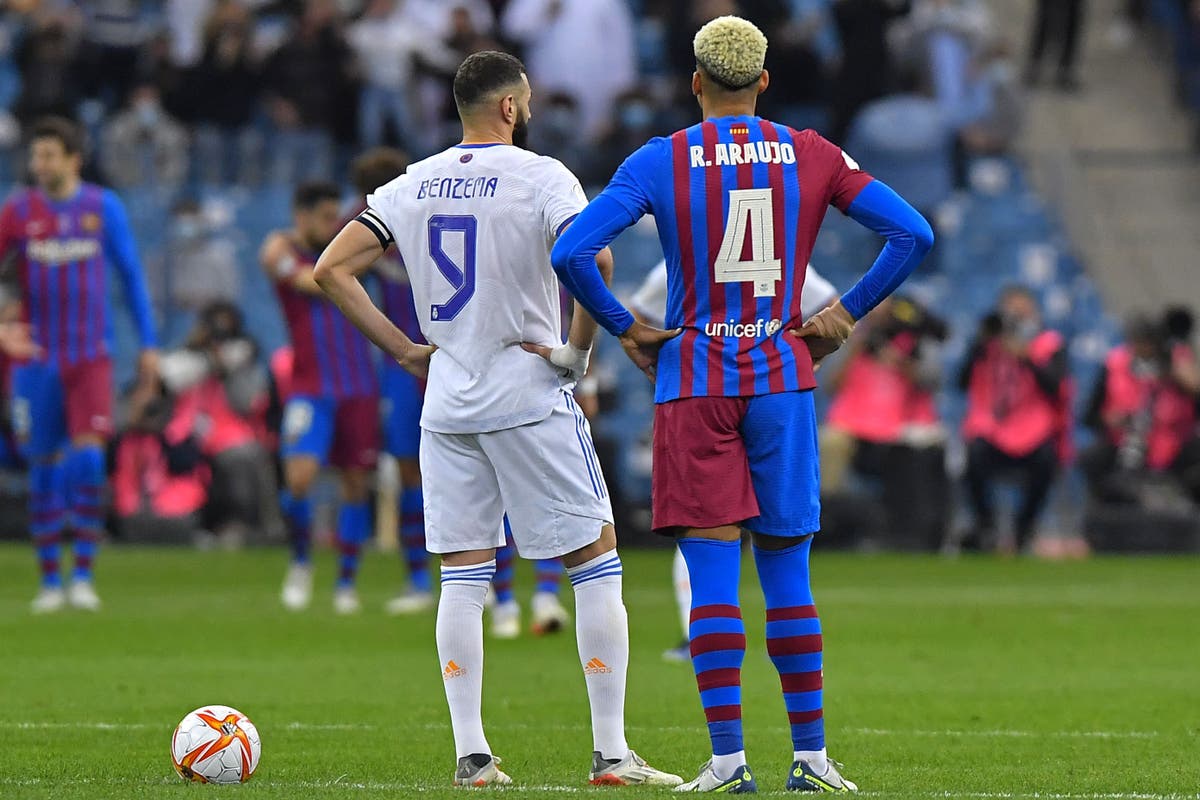 It’s always a fixture which captures the attention of the world of football and this weekend will probably be no different in that respect, but in many others it will be.

This is still El Clasico, but not quite as we know it. La Liga’s big two go head to head at the Santiago Bernabeu with a rivalry which has stretched back so many notable matches, trophies and groups of players as to be ingrained in most football fans’ memories in one way or another. But there are so many elements of that famously hard-fought encounter missing this time around that it could well seem and feel like a different game.

That isn’t to be altogether negative about the situation either, only realistic – there’s every chance that the missing ingredients simply make this more of a football event, where talent and slightly longer-term objectives take precedence over bragging rights…although probably not for both sections of fans, of course.

First up on the list of changes is already known, is largely irrelevant and yet strangely upsetting: both teams will be playing in changed kits.

No classic Clasico white vs blue-and-red here; Real Madrid will be in a commemorative black strip, while Barca are wearing their yellow number.

Should it make a difference to events? No. But it’s a subtle undertone to much of what else isn’t quite there compared to the most memorable meetings between the two.

For starters, this has so frequently been a game tipped as a title decider, or at least the most important late-season fixture for one team or another to play catch-up in the title race.

Barcelona have improved plenty since Xavi Hernandez took over, but it’s more than a stretch to suggest that victory in this game would put them back in the running to become champions. With still another 12 points to make up even if they do win in Madrid and only 10 games in which to do it, it’s probably fair to suggest that no hay Liga this time around, unless Sevilla rediscover a ruthless, relentless streak.

They aren’t matched on the Continental scene either; Real Madrid are into the last eight, but the only Champions League focus the Catalans have is in making sure they’re in that competition next term. They are third, a big improvement on two or three months ago, but still it’s only four points between themselves and Real Sociedad in sixth. The margin for error is small.

With that lack of direct competition, and also with the nature of the two managers in place, there’s also a downgraded amount of animosity between the clubs.

Perhaps given the toxicity of some games across the last couple of decades that’s no bad thing.

Carlo Ancelotti is far too long in the tooth, has won far too many trophies and is far too aloof from such matters to engage in slanging and criticisms of opposition managers, while Xavi – perhaps acknowledging his overall place in the managerial world right now – has largely been respectful and quiet in this matter too.

Undoubtedly it won’t quite be as classy between both sets of fans – that goes double or triple if we include certain online communities – or indeed necessarily quite so quiet when the club presidents start getting soundbites out, but La Liga’s big two have certainly felt in something of a transition this year, a deep breath before a summer plunge.

Part of that is of course down to Barcelona’s shambolic finances coming to light barely nine months ago, and their subsequent falling away under Ronald Koeman.

Another part is Real’s pause in transfer market activities. They haven’t made a big splash for an elite, prime-age addition since Eden Hazard in 2019, pre-pandemic. In fact since then they’ve only signed one player to go into the senior squad for any kind of transfer fee at all.

In the meantime, Lionel Messi has left, Cristiano Ronaldo already had, while other classic-Clasico-era names such as Sergio Ramos, Ivan Rakitic and Luis Suarez have departed.

Sadly, we may even be deprived of the current-day stars of both teams: Ansu Fati is still dealing with injuries as he has been all season, while Karim Benzema may miss out with a calf issue.

And yet for all that, it should be repeated: this doesn’t all point to a negative experience of one of the world’s biggest, greatest fixtures.

There is still ample talent on show, and a huge amount that both teams are playing for.

It’s just that they don’t quite align with each other this year.

Remove the ‘noise’ around El Clasico and you’re effectively left with two very good, still-improving teams who have to win a big game and certainly have the individual talent in their ranks to do so.

Some of the world’s finest starlets aged 23 and under should feature at some stage, such as Gavi, Ronald Araujo, Pedri, Vinicius Jr, Federico Valverde and Eduardo Camavinga.

It might just mean we see one of the most entertaining versions of this fixture in quite some time, from a tactical and technical sense – it’s just not what we’ve always been used to getting when the Barca and Real circuses are in town.