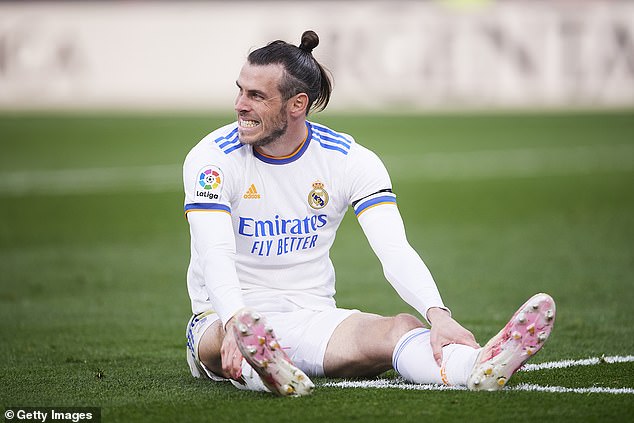 Real Madrid fear that Welsh superstar Gareth Bale may suffer yet another injury set-back if he starts against PSG in the Champions League, according to reports.

The 32-year-old featured in Los Blancos‘ 0-0 draw with Villarreal on the weekend and impressed, leaving boss Carlo Ancelotti with a decision to make ahead of their last-16 tie with the French giants.

Although, according to Spanish radio station Cadena SER, there are major concerns over whether he can play two games in a row without picking up another injury.

Bale made his first start for Madrid since August against Villarreal and with the Spanish side already suffering with a number of injuries, Ancelotti has a big decision over whether to risk him against PSG or not.

The Welshman’s performance against Villarreal has fuelled the debate about his possible return to the starting XI, especially with the current injury crisis at Madrid.

Foremer Real Madrid player Jorge Valdano, on Spanish TV show El Tercer Tiempo, defended the Welshman ahead of the first leg of the Champions League round of 16 against PSG.

‘The psychological characteristics of the players also matter and we’ve already said it, Bale is excited by big chances.

‘We’ve already seen it in the Champions League finals, for example. There are players who get smaller and others who get bigger.’

Bale signed a new contract with Madrid in 2016, earning him a reported £600,000-a-week, but a dip in form plus consistent injuries has seen him become a bit-part player at the club.

He has been at the Bernabeu since 2013 and has won 14 major honours with the club, including four Champions Leagues, three Club World Cups and two La Liga titles.

Bale will leave Real at the end of the season, with Ancelotti recently revealing: ‘Bale has had injuries, then his contract ends – he may not have had a good motivation but he wants to finish here as he deserves.

‘It’s important for Bale to finish his career well here.’

Spanish outlet El Nacional reported that a deal between Spurs and Bale had been struck three months ago.

El Nacional also says Tottenham had hoped to sign Bale last summer but a move failed to materialise due to demands from the La Liga giants.