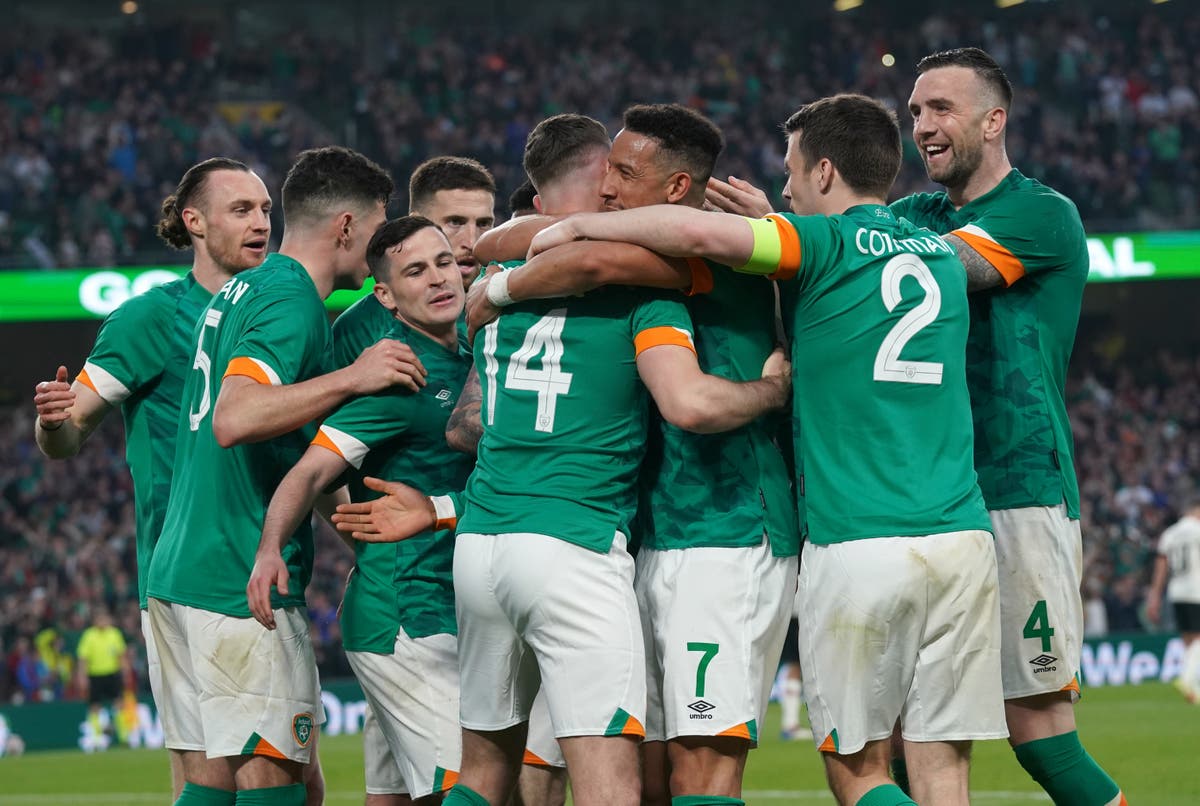 The Republic of Ireland football welcome Lithuania football to the Aviva Stadium looking to build upon an encouraging display against world number one side Belgium.

Saturday evening’s 2-2 friendly draw with Roberto Martinez’s men proved a fitting way to celebrate the FAI’s centenary, and manager Stephen Kenny will be looking for more of the same as he prepares for the start of the new Nations League campaign in June.

Here, the PA news agency takes a look at some of the talking points surrounding the game.

Kenny won none of his first 10 matches as Ireland manager, the last of those games a humiliating 1-0 World Cup qualifier defeat by Luxembourg in Dublin.

Of the 11 games they have played since that fateful night, they have lost only one – and that in heart-breaking fashion in Portugal – won four and drawn six and while Qatar, Andorra and Luxembourg, have been among their opponents, that represents tangible progress.

Turning on the style

Successive Ireland bosses have based their game-plans on organisation, industry and commitment, a blend which proved more successful for some than others.

However, Kenny has attempted to instill a more progressive approach and stuck with it even as results eluded him, and he is now reaping the rewards with his team playing a refreshingly enterprising brand of football.

Gavin Bazunu, Josh Cullen and Jason Knight have become key members of a new-look team, but no player has taken his chance more impressively than Chiedozie Ogbene.

Currently operating as a wing-back for League One Rotherham, he has been thrust into an attacking role in a green shirt and as well as scoring three times in six appearances, has played with a smile on his face.

If there was one disappointment for Kenny on Saturday evening, it was the way in which Belgium took the lead for the second time courtesy of Hans Vanaken’s towering header.

The manager admitted his frustration afterwards that the visitors had scored from a corner – only the second goal Ireland have conceded in that fashion in 21 games under his charge – and he will be keen to see an improvement against Lithuania.

Having confronted the might of Belgium, albeit without their superstars, the Republic face a very different prospect on Tuesday. Lithuania are ranked 137th in the world, 88 places below their hosts, and finished bottom of their World Cup qualifying group with just three points.

They will run out, however, on the back of a 2-1 win over San Marino on Friday evening.