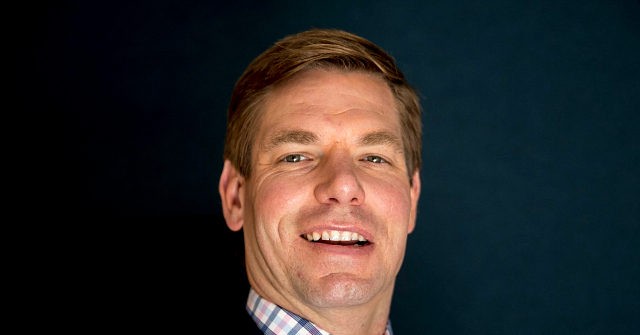 Representative Eric Swalwell (D-CA) said Thursday on MSNBC’s “The ReidOut” that his Republican colleagues in the House are “coming down on the side of” the killers of our kids by not supporting the Democrats’ gun reform legislation.

Anchor Joy Reid said, “We saw the House Judiciary Committee holding a contentious debate over a package of new gun bills. The Protecting Our Kids Act raises the age on firearms and attempts to crack down on large-capacity magazines.”

When asked about questions he posed to his Republican colleagues at the hearing, Swalwell said, “They don’t have an answer as to who they are showing up for. And my question was if you’re not there for the kids, if you don’t want to raise the age to 21 on buying an assault weapon, if you don’t want to have a Safe Storage Act, if you don’t believe in going after ghost guns and you don’t believe in banning high capacity magazines, well then you’re coming down on the side of the killer. Only the killers of our kids benefit from legislation being blocked like that. Instead, they go after mental health. They say it’s a family problem. They say this is about schools being soft targets. But when we put legislation up to address mental health, when we try and feed families, teach families, give jobs to families, and when we try and fund schools, they vote against it. It feels like it’s a carnival shell game and that they’re really just there to make sure we’re a country of unrestricted weaponry.”