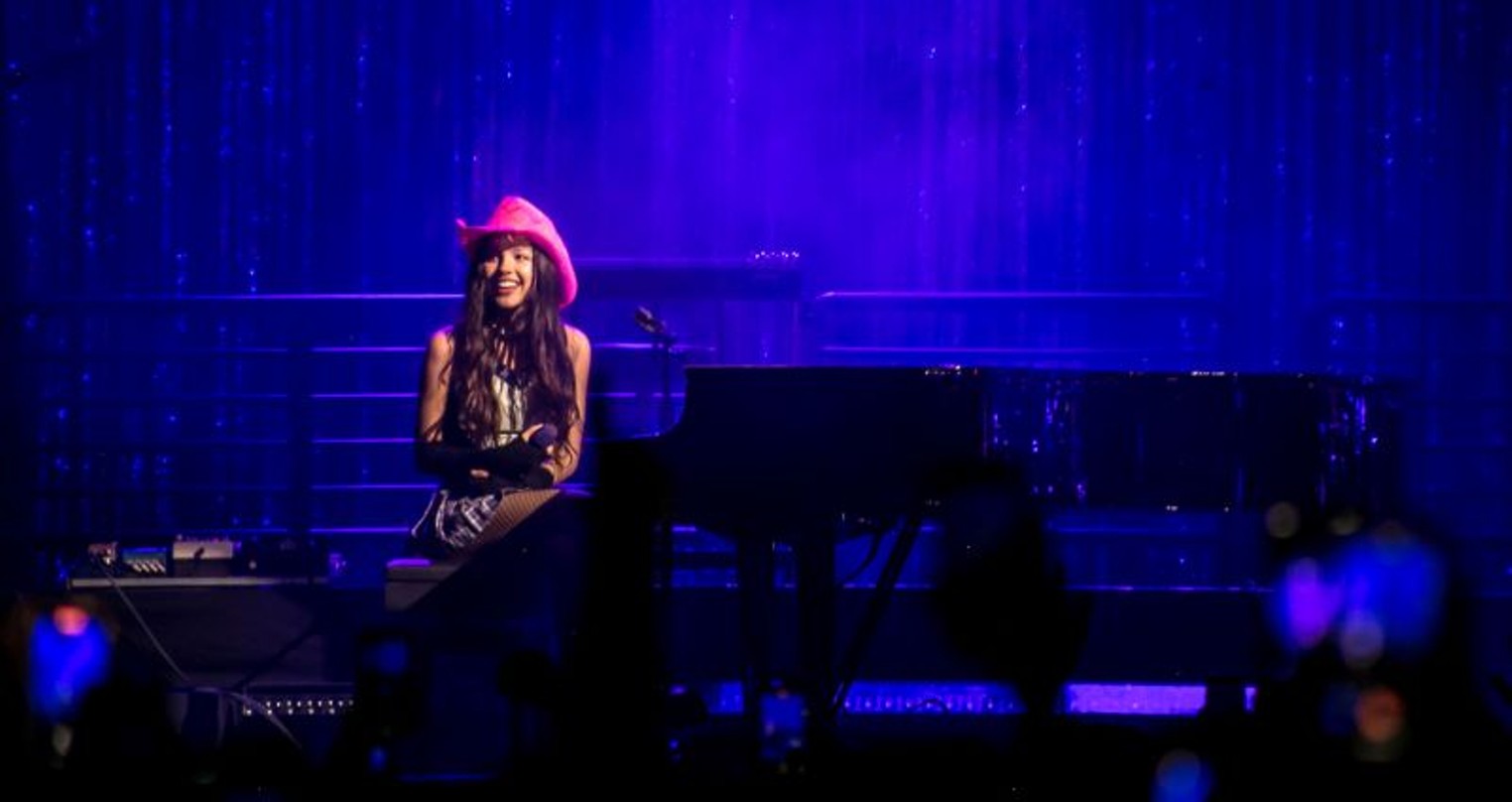 Cast your mind back, if your PTSD allows, to 2021. America was attempting to emerge from pandemic lockdown and it seemed all anyone could talk about was whether the Presidential election was stolen (it wasn’t) and whether or not mask mandates were a violation of our civil rights (they aren’t).

Chances are that’s also when you became familiar with the name Olivia Rodrigo. The former High School Musical: The Musical: The Series (you read that right) star released the singles “drivers license” and “good 4 u,” becoming practically inescapable on the radio (even more so if you were the parent of 11-year olds). Her first and — thus far — only album Sour followed, becoming one of the best-sellers of the year.

Not bad for someone yet to reach her 20th birthday.

Being so young, and with only one album under her belt (albeit one that’s already moved three million “units”), necessarily means a somewhat abbreviated set. Rodrigo didn’t let that stop her, and even if she’d wanted to, a 713 Music Hall audience that one could charitably call “fervent” probably wouldn’t have cared.

With that in mind, it’s worth considering whether or not a larger venue might have been more appropriate? We arrived 10 minutes or so before 8:00 and it took nearly an hour of Disneyland-style queuing up to get inside. Apparently folks were camping out Thursday morning, which takes me back to the time my parents dropped my 8th grade ass off with a book to wait in the general admission line for Cheap Trick.

But more on that later. From the first jump (“brutal”) through the entirety of Sour, plus a HSM:TM:TS cut (“All I Want”), to a few covers likely selected for their influence on a certain young aspiring singer (including No Doubt’s “Just A Girl”), Rodrigo owned. Did I say the Turnpike Troubadours show was a singalong? Rodrigo could have developed spontaneous laryngitis and the crowd would’ve kept the show from missing a beat.

And did I detect a hint of punk rock? “brutal” and “jealousy, jealousy” were especially aggro even without the E.E. Cummings lack of capitalization, though the biggest cheers of the night might have come when Rodrigo donned a cowboy hat before asking, “Houston, how you feelin’?” My eardrums tell me that we were feeling all right indeed.

During the harder numbers, Rodrigo bounded across the stage, which was dressed out with bleachers because of course, climbing to engage with the crowds stage left and right. For “hope ur ok” and the combo of “enough for you / 1 step forward, 3 steps back,” it was just her and an acoustic guitar. For “drivers license” and “traitor,” a piano.

These aren’t complicated songs (except perhaps her cover of Avril Lavigne’s “Complicated,” heh), most being straight ahead paeans to love lost and the boys who done Rodrigo wrong. And this seems to annoy people who find her too … focused on bad relationships? So she’s had success singing about the same shit male bands have been grousing about for decades?

For sure, Rodrigo’s appeal is significantly weighted towards teen/twenty-something women. Specifically, those who can relate to heart-on-your-sleeve emotion that maybe lacks the attendant weirdness of, say, Billie Eilish. I may only be a jaded Gen-X music writer, but I can remember seeing shows as a youth that resonated with me and had me sing/screaming along with every word. And I saw that last night, in my own daughter among many others.

Call me naïve, but stuff like that gives me hope.

How Was The Opener? What we got to see of Holly Humberstone was jolly good indeed. The British singer-songwriter professed that she felt “so much love,” even as she delayed the closing number “The Walls Are Way Too Thin” to get assistance for a couple people who’d passed out. Her music has a nice, atmospheric Explosions in Sky feel, and she warmed the 713 audience up admirably.

Personal Bias: I’m going to criticize Rodrigo for being manufactured? I paid money to see the Spice Girls in Vegas, for Christ’s sake.

The Crowd: Huge and refreshingly good-natured. The merch line was ten times as long as the one at the bar.

Overheard In The Crowd: “My vape’s done.”