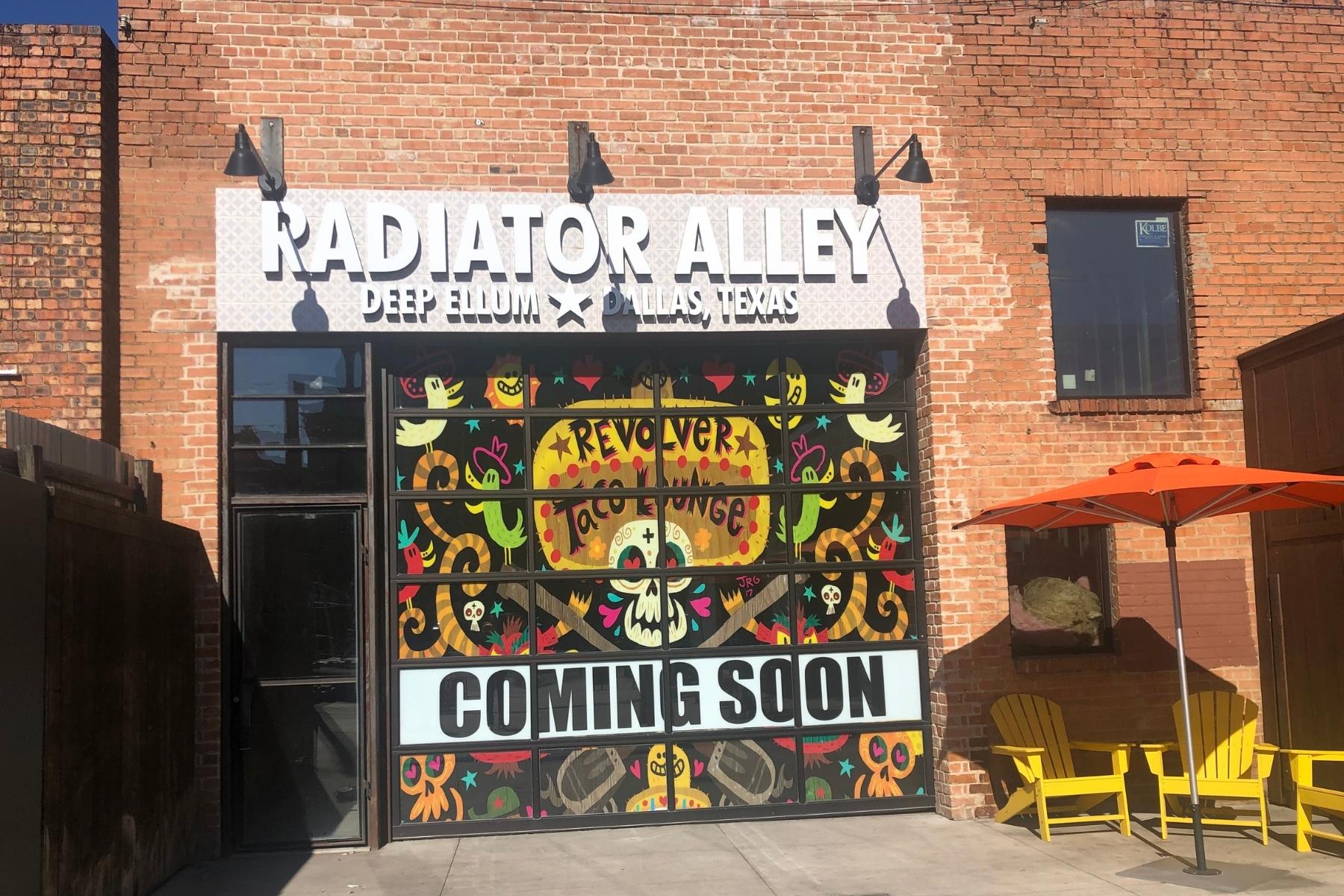 Regino Rojas is fresh off a trip from Mexico. There, he savored time with family and friends, who’d run into him at the market getting something healthy to drink in the morning, then offer him crispy tacos and a caguama of beer.

Now, Rojas is back in Dallas. The chef and owner of Revolver Taco Lounge and La Resistencia is hitting the ground in 2022 running—sprinting! He’s opening another restaurant in Deep Ellum just around the corner from his taqueria. The new space—inside the Radiator Alley breezeway—is what Rojas is calling a gastro-cantina.

“It’s time for Americans to experience the charm and hospitality of a real Mexican cantina,” Rojas says. The taqueria on Main Street will keep its tacos and tasting menu while Revolver Taco Lounge gastro-cantina will bring the party.

“It’s basically the evolution of this, of Revolver in this neighborhood,” says Rojas.

The flavor and the soul of everything will still flow from Revolver Taco Lounge. At the gastro-cantina, though, expect much more room. (Even before the pandemic, meals at Revolver sometimes meant standing and eating your taco over whatever little table space you could squeeze in next to.) The inside has been gutted so it’s just one long bar, a patio, and a DJ area.

Rojas wants to bring that essence of a cantina: soulful, charming, welcoming, a good time. To that end, he may enlist his expert friends, like La Tacopedia author Alejandro Escalante, to help bring this vision to life. As soon as you walk in, a bartender will want to know your name and what you’re looking for—just a quick drink, or to talk and hang out awhile? Pull up a barstool and get some mezcal while the barman slides you a bowl of cacahuates, those spicy bar nuts to snack on. “Simple, simple, simple,” he says. “Do very good cocktails, create something new, along the way, in cocktails, and have the tacos that everybody knows.”

Expect a traditional and rotating menu of snacky cantina finger foods—botanas or appetizers or small plates, whatever you want to call them. Rojas describes them as “salty, beautiful little things.” You might find fancy quail enchiladas or tacos de buche (pork stomach, yum!), both of which are great with a cold beer. He’s not overthinking the menu; he’s just keeping it “classic Gino.”

Rojas predicts it will be ready in the next month or two, but restaurants, especially in a pandemic, open in their own time. He admits that now may not be the best time to open a restaurant, but “the way it’s going…this is going to be a problem we’re going to be facing for probably the rest of our generation. So we just have to learn how to deal with it.”

He’s building a big open space with a covered, breezy patio that can operate in various scenarios. The idea of what a restaurant is will have to evolve with the current reality.

Finally Radiator Alley will have some life in it again. After all, this is Deep Ellum, says Rojas, and “it’s about having fun.”

Rosin Saez is the online dining editor for D Magazine‘s food blog SideDish. She hails from Seattle, Washington, where she…