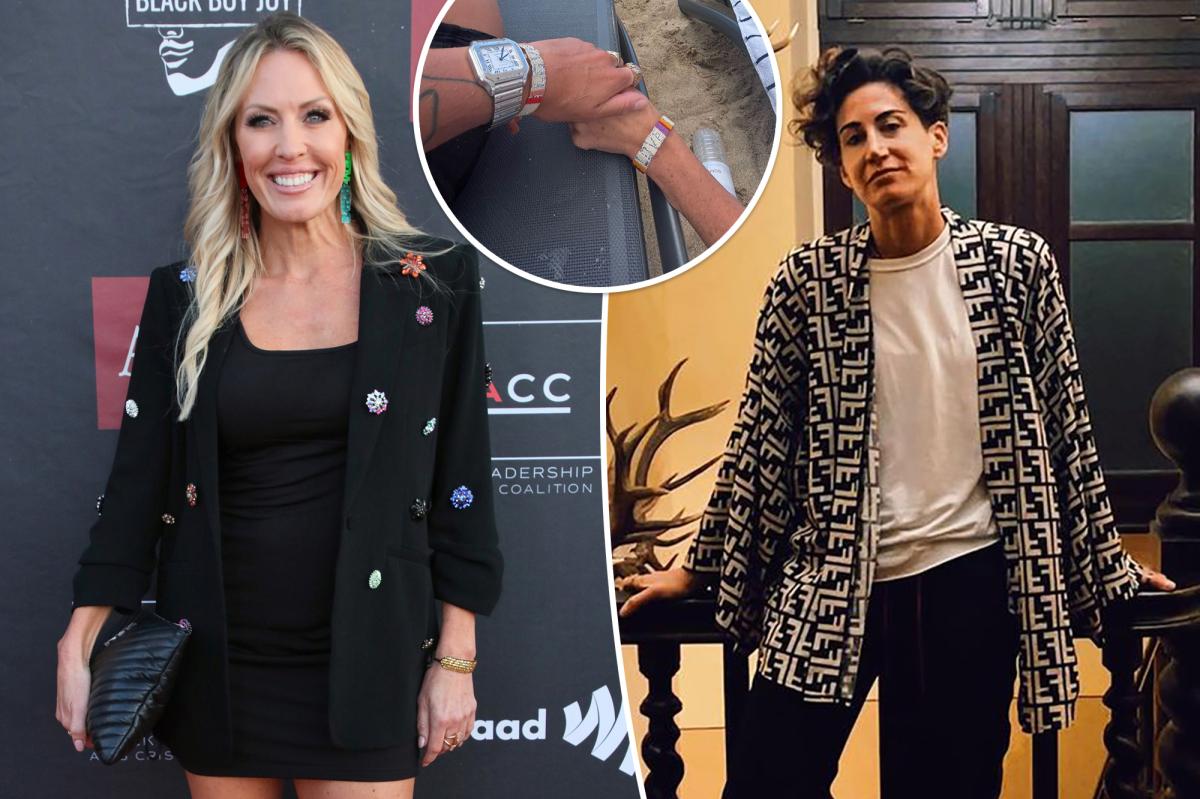 Braunwyn Windham-Burke has a new woman in her life!

Windham-Burke — who came out as gay back in 2020 — shared a glimpse of their new relationship with an Instagram video of the two vacationing in Dorado, Puerto Rico, on Wednesday.

“I like her, we laugh a lot, it’s good,” the mom of seven captioned the Instagram Story where they could be seen lounging at the beach while Ben Rector’s “Living My Best Life” played in the background.

Spinner also made their relationship Instagram official by sharing a snap of the two holding hands at the beach.

“Here’s to new chapters and a lot more cheesy posts,” she captioned the photo.

It only seemed right for the former Bravo star to reveal the news on Instagram given that’s how the pair met.

She told Us Weekly on Wednesday that they first connected because Spinner’s brother “is in the same friend group that my ex-girlfriend [Victoria Brito] used to be friends with,” adding that the pair started messaging on Instagram “in a funny way” before taking things to the next level.

However, the couple “is not exclusive” because Spinner currently lives in Germany (although she plans to move back to the United States soon).

“It’s still very new. I’m getting to know her. I enjoy the time we’re spending together,” she told the outlet, adding that she’s “enjoying getting to have lesbian relationships.”

“Not all of them are gonna be long-term, committed relationships,” she noted.

Back in July, Windham-Burke confessed to Page Six that she was dating again — however, she refused to say who.

The former reality star is understandably wary to jump into another long-distance relationship after her romance with Victoria Brito fizzled out in June of this year due to the distance.

Windham and Britto started dating in late 2021 after she broke up with ex-girlfriend Kris.

Kris and Braunwyn went public with their romance in December 2020 but they parted ways the following April.

Just three weeks after her breakup with Britto, the reality TV star was seen holding hands with Kris in pics obtained exclusively by Page Six.

However, a source close to the former couple told us that it was all platonic.

“Kris and Braunwyn are friends and nothing more!” the insider said. “She was Braunwyn’s first lesbian relationship, and they will always have a place in each other’s hearts.”