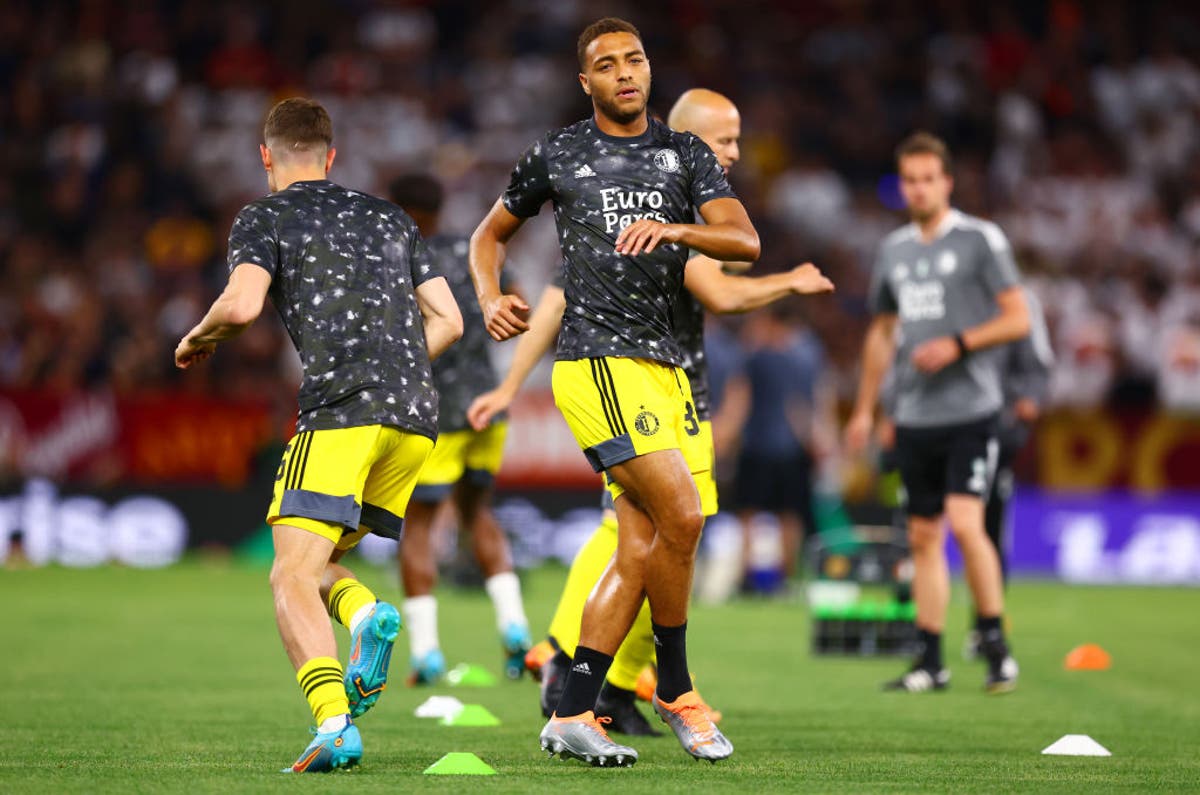 Jose Mourinho resumes his hunt for trophies on Wednesday night, as his AS Roma side take on Eredivisie side Feyenoord in the first-ever Uefa Europa Conference League final.

Neither club has been in the hunt for silverware on the domestic scene this term, with Feyenoord third in the Dutch top flight and Roma down in sixth in Serie A. But in Europe it’s a different matter, with both sides now having a glorious chance to end the 2021/22 campaign by writing their names into club folklore. The final itself is being held in Tirana, Albania, with Roma getting past the likes of Bodo/Glimt, Vitesse and Leicester en route. Feyenoord, meanwhile, saw off Partizan, Slavia Prague and Marseille to reach this stage.

The Dutch club won the old Uefa Cup in 2002, their last continental trophy, while Roma have never won a major European competition – the Inter-Cities Fairs Cup dring the 60s and the Anglo-Italian Cup 50 years ago are their only triumphs on this stage, with no trophy of any sort won since the 2008 Coppa Italia. Mourinho and his side are going all-out to end that barren run. Follow the Europa Conference League final match action and updates below:

Feyenoord’s run to the final

I know what you’re thinking – well how did Feyenoord reach the final? Fear not, here that is too.

Roma’s run to the final

How did Roma reach the Europa Conference League final? Well, here is their route to Albania.

Another man we are yet to mention is former Manchester United centre-back Chris Smalling.

The former England international has been sensational since going on loan to Roma at the start of the 2019/20 campaign.

Mourinho has put his trust in him this season and he has featured in 27 of their 38 Serie A matches.

If Roma do win tonight, this would be Smalling’s first trophy since he won the Europa League with Man Utd in 2017.

The Feyenoord players have emerged and are checking out the surroundings ahead of tonight’s colossal final.

This stadium may be on the small side for a European occasion such as this, but it promises to be incredibly loud once the fans fill it up.

Uefa will be very pleased with how this competition has gone down in its first year.

A peek into the Roma dressing room ahead of tonight’s huge European final. There is undoubtedly a huge amount of anticipation in the air.

Just over half an hour to go now until kick-off. Don’t go anywhere.

A reminder that the winner of the Europa Conference League final earns themselves a place in the Europa League for next season.

However, Roma have already qualified for the Europa League after finishing sixth in Serie A.

Feyenoord have also qualified for the Europa League after finishing third in the Eredivisie.

So, in summary, tonight is just all about the trophy.

One former Arsenal player is starting tonight in the form of Henrikh Mkhitaryan. He lines up in Mourinho’s Roma XI.

Another man known for his time at Arsenal, Ainsley Maitland-Niles, who is on loan at Roma from the Gunners, begins on the bench.

Could either of them play pivotal roles in the outcome of this European final?

If you are just tuning in, we are a little under an hour away from the Europa Conference League final between Roma and Feyenoord.

Or, if you’ve caught any of the wider build-up, Jose Mourinho & Tammy Abraham vs Feyenoord.

So after seeing how both teams are lining up tonight, who do you fancy to lift the Europa Conference League trophy tonight?

Feyenoord beat Marseille in the semi-finals to book their place in Albania this evening. Roma overcame Brendan Rodgers’ Leicester City.

It isn’t just Jose Mourinho who could make history tonight by winning the third of the three European trophies.

If Feyenoord do so, they will become the first club to win the Champions League, Europa League and Europa Conference League.

Roma have not won the Champions League or Europa League in their history.