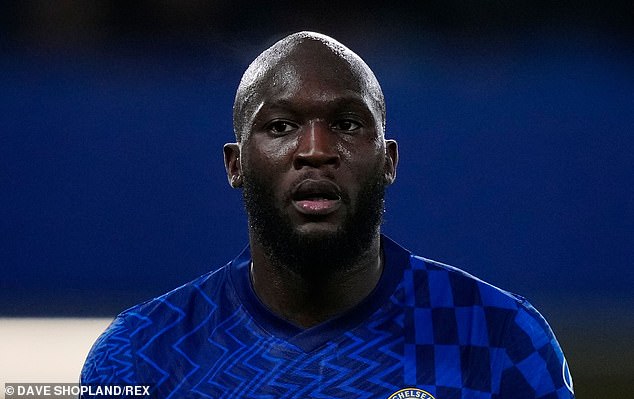 By Will Griffee For Mailonline

Romelu Lukaku has dropped the mother of all bombshells on Chelsea and his manager Thomas Tuchel.

The striker has publicly spoken about how unhappy he is at Stamford Bridge and talked up a return to Inter Milan, the club says is ‘still in my heart’.

‘Physically I am fine. But I’m not happy with the situation at Chelsea,’ he told Sky Italy.

‘Tuchel has chosen to play with another system – I won’t give up, I’ll be professional. I am not happy with the situation but I am professional – and I can’t give up now.

‘I think everything that happened last summer was not supposed to happen like this… how I left Inter, the way I left the club, how I communicated with Inter fans – this bothers me because it was not the right time.

‘Now it’s the right time to share my feelings. I have always said that I have Inter in my heart: I know I will return to Inter, I really hope so. I am in love with Italy, this is the right moment to talk and let people know what really happened.

‘I really hope from bottom of my heart to return to Inter not at the end of my career, but when I’m still at top level to win more together.’

Lukaku wants to make amends with Inter fans, after a mural of him in the city was splashed over with paint by the club’s ultras, who felt betrayed by his departure.

They also draped a banner that roughly translates to: ‘You broke our balls.’

Lukaku went on: ‘I really hope from bottom of my heart to return to Inter not at the end of my career, but when I’m still at top level to win more together.