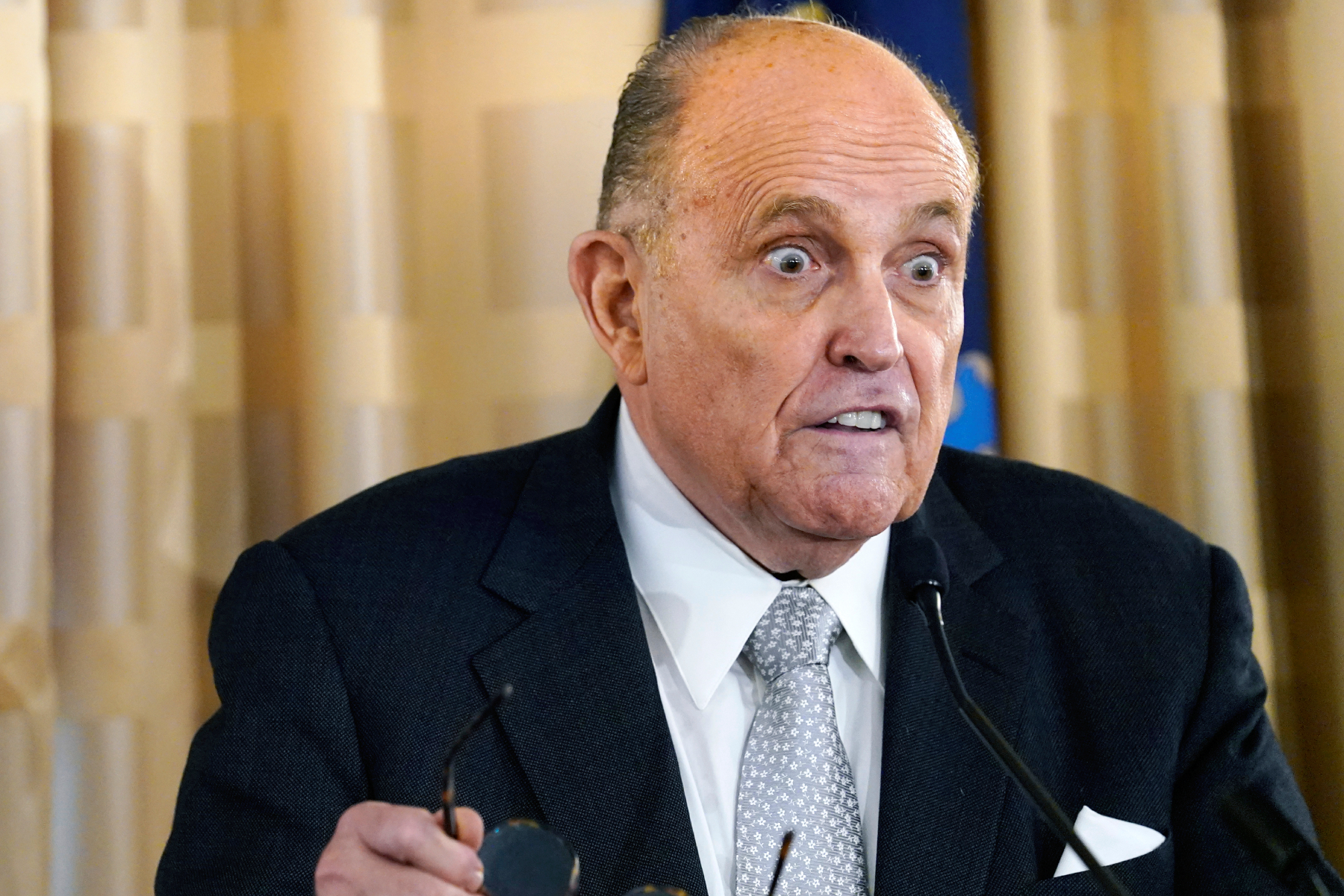 The Masked Singer judges Ken Jeong and Robin Thicke apparently walked off the set in disgust when Rudy Giuliani was unmasked during his taped appearance last week in the first episode of the hit show’s newest season, multiple reports say.

According to Deadline, who first broke the news, the pair left the stage to protest Giuliani’s inclusion after the disgraced Donald Trump lawyer and former New York mayor’s reveal as a contestant on the show — although they later returned. The remaining two judges, Jenny McCarthy and Nicole Scherzinger, apparently stayed onstage and chatted with the man who upheld the former president’s false claim that the 2020 presidential election was stolen.

Fox did not comment on the incident. Reps for Jeong and Thicke did not immediately return Rolling Stone‘s requests for a statement.

Giuliani’s time spent in the limelight has not gone favorably in recent years. There was his infamous scene in Sacha Baron Cohen’s Borat Subsequent Moviefilm, released in October 2020, where he appears to begin touching himself while being interviewed by a woman in a hotel room. As things turn flirtatious, Giuliani is seen patting the woman — who portrays Borat’s daughter, Tutar — on the back before laying down and sticking his hand in his pants. The following month, he held an equally embarrassing post-election press conference in the parking lot of Four Seasons Total Landscaping in Philadelphia, located next to a crematorium and sex shop. That same month, Guiliani held a presser at the Republican National Committee headquarters in Washington, where hair dye streaks ran down his sweaty face as he continued to perpetuate lies about nonexistent election fraud.

Giuliani’s The Masked Singer appearance is not the first to spark controversy on the singing talent show. In 2020, former Republican vice presidential candidate Sarah Palin appeared as the Bear. Her reveal drew criticism from fans of the show.

The Giuliani episode is expected to air next month.