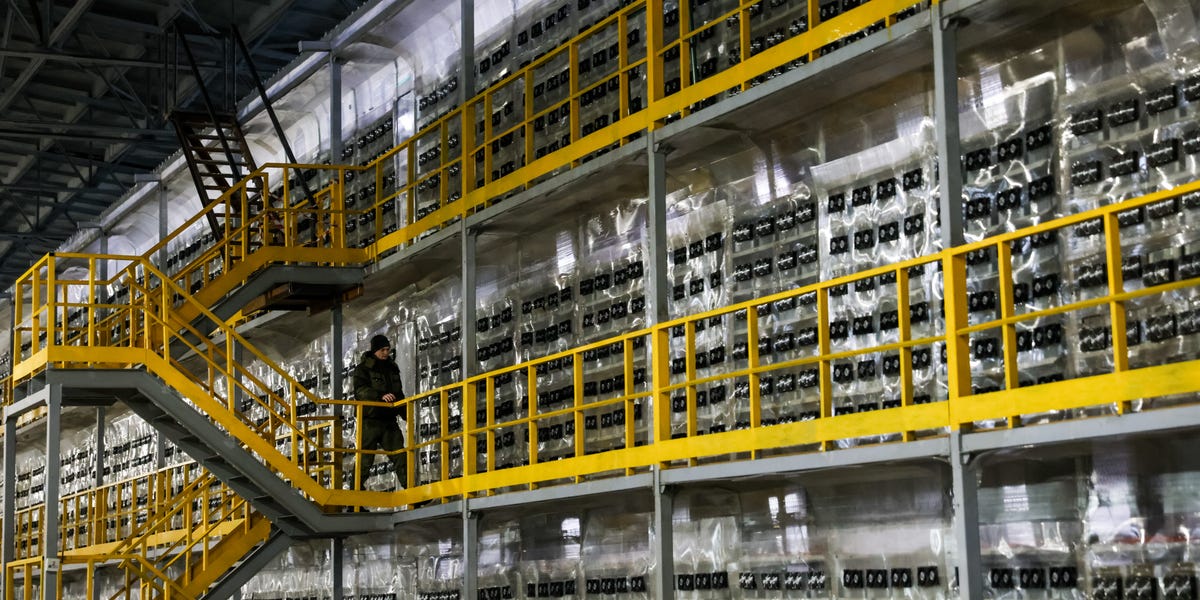 Russia could use the crypto ecosystem to get around Western sanctions in several ways, the International Monetary Fund has suggested — including by using its embargo-hit energy sources to mine bitcoin.

In its recent financial stability report, the IMF laid out how sanctioned countries like Russia could use crypto to their benefit, and advised policymakers around the world to consider amending laws to take crypto assets into account.

Russia is grappling with crippling sanctions that have cut it off from the global financial system and the dollar after it invaded Ukraine in late February, and European Central Bank chief Christine Lagarde and others have warned crypto is being used to sidestep the measures.

“The war in Ukraine has brought to the forefront some of the challenges that regulators face in terms of applying sanctions and capital flow management measures,” the IMF said in the report published Tuesday.

“The crypto ecosystem, however, could allow users to circumvent such requirements through several means,” it added.

One way is to use exchanges and other crypto providers that don’t comply with sanctions, or that don’t scrupulously carry out due diligence. Using decentralized exchanges or technology such as privacy mixers to make transactions more anonymous is another.

Countries should make sure crypto can be brought under the same capital control umbrella as traditional assets, the financial stability watchdog urged.

“Laws and regulations for foreign exchange and capital flow management measures should be reviewed and amended if necessary to cover crypto assets, even if they are not classified as financial assets or foreign currency,” it said.

Cut off from the leading foreign currency, Russia could turn to bitcoin mining to generate hard cash from its unwanted energy exports, the IMF suggested. The US has banned Russian energy imports, and pressure is building on Europe to bring in its own oil embargo.

Russia is a major player in the oil, gas and coal markets, but many traders have shunned its energy exports in face of the measures.

Over time, sanctioned countries could allocate more resources toward evading sanctions through bitcoin mining, the IMF said, echoing warnings made by some analysts.

“Mining for energy-intensive blockchains like bitcoin can allow countries to monetize energy resources, some of which cannot be exported due to sanctions,” it said.

Proceeds from mining on the blockchain are outside the financial system, and so beyond the reach of sanctions, and that miners can also generate revenue from transaction fees, the IMF noted.

But it acknowledged the small shares of mining in sanctioned countries such as Russia and Iran, when factored into the amount of mining revenue overall, mean the flows of money involved are contained. Russian miners accounted for 11% of the average $1.4 billion in revenue from bitcoin mining last year, it calculated.

The US Treasury, though, described Russia’s crypto-mining industry as the third-biggest in the world, as it imposed sanctions on Bitriver on Thursday. It targeted the Russian virtual bitcoin miner and 10 of its subsidiaries in a bid to block avenues of funding the Ukraine war.

The war underscores the difficulty regulators face in applying sanctions and measures to manage the flow of capital, according to the IMF.

“Crucially, the implementation of such measures requires that intermediaries verify the identities of the transacting parties,” it said.

It urged policymakers to develop comprehensive global standards for crypto assets and to coordinate their regulatory approach with others around the world. It also recommended “more robust” oversight of fintechs and DeFi platforms.