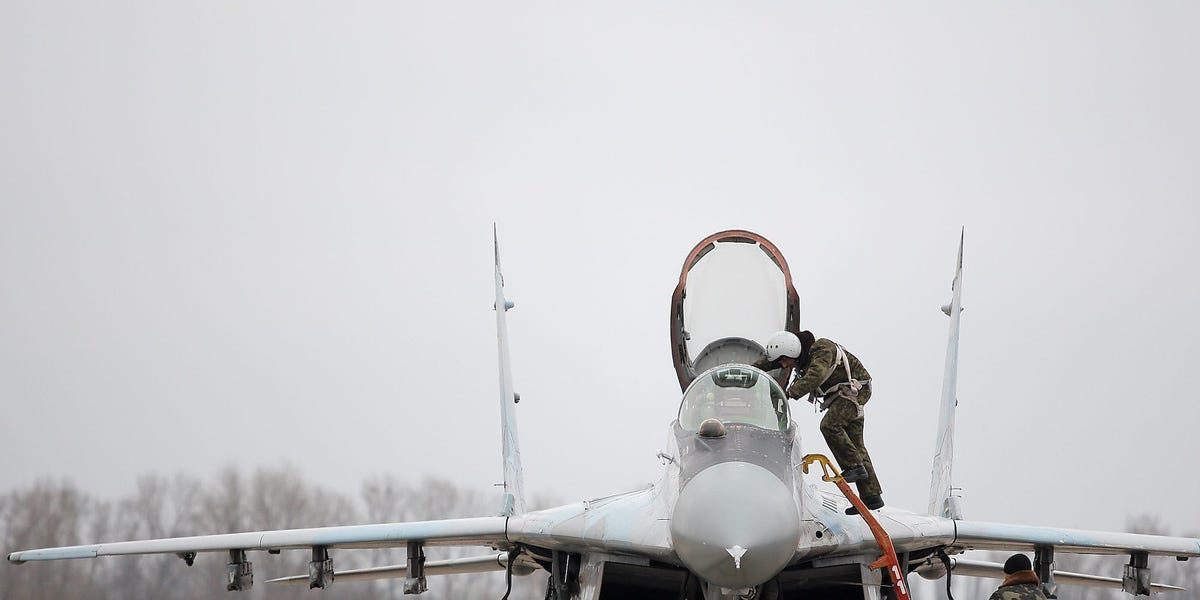 Russian forces have destroyed an ammunition depot and two aircraft at the Myrhorod Air Base in central-eastern Ukraine, reported Reuters, quoting Russian sources.

Writing on his Telegram channel, the Ukrainian head of the Poltava Regional Military Administration, Dmytro Lunin, confirmed there had been an attack, and two people had been injured but gave no further details,

Reuters report that a Ukrainian air force MiG-29 fighter jet and a Mi-8 helicopter were destroyed in the attack, according to the ministry spokesman Igor Konashenkov, per the independent Russian news service, Interfax.

The site also reports that Konashenkov said that another ammunition depot was destroyed near Novomoskovsk, 124 miles east of Myrhorod.

Ukraine is steeling itself for a new Russian offensive in the Donbas on its eastern border, following the failure of Putin’s troops to conquer Kyiv.

Ukraine’s foreign minister Dmytro Kuleba told NATO members on Thursday that the “battle for Donbas will remind you of the Second World War,” Kuleba said.

He used this warning to call on Western allies to provide more heavy weaponry, including air defense systems, artillery, armored vehicles, and jets.

Due to increased shellings, Ukrainian officials have urged civilians to evacuate their homes in eastern parts of the country.

A Russian rocket attack hit a train station in eastern Ukraine on Friday packed with people who had fled their homes. More than 50 people were killed.

The attack took in Kramatorsk, a town in Donetsk, an oblast that is also home to pro-Russian separatist forces. Donetsk is part of the Donbas region.

This story is developing.