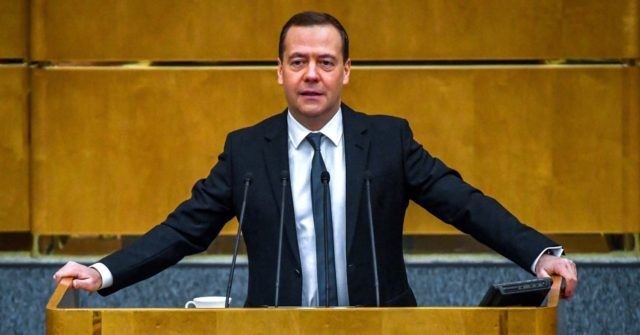 A Russian government official has threatened that Russia will limit its vital food exports to only nations it considers “friendly”.

Dmitry Medvedev, a senior Russian security official who previously served as the nation’s president, has threatened that Russia may soon cut off the West from food exports.

A major player in the global market for wheat and other agri-food products, Russia will instead focus on keeping itself fed, according to Medvedev, alongside supplying its friends and close allies.

Posting on his Telegram, Medvedev said that cutting off the likes of North America and the European Union from its agricultural produce would be a very good way of retaliating against sanctions imposed by the West.

“It so happened that the food security of many countries depends on our supplies,” the Russian official wrote. “It turns out that our food is our quiet weapon. Quiet but ominous.”

“The priority in food supplies is our domestic market. And price control,” he continued. “We will supply food and crops only to our friends (fortunately, we have a lot of them, and they are not at all in Europe and not in North America). We will sell both for rubles and for their national currency in agreed proportions.”

“We will not supply our products and agricultural products to our enemies,” he went on to say. “And we won’t buy anything from them (although we haven’t bought anything since 2014, but the list of products prohibited for import can be further expanded).”

Medvedev’s threat echoes others being made by the Russian government, such as that reportedly “unfriendly” nations will soon be forced to pay for a variety of Russian resources — including the country’s much sought after gas exports — in rubles only, or be cut off from supply completely.

According to POLITICO, the ex-President’s comments come only a day after the Russian government put limits on sunflower oil exports, as well as outright banned the export of sunflower seeds and rapeseed.

Even before this ban was announced, foreign nations had been feeling the pinch in regards to sunflower oil supplies, with panic buying being reported in Germany and shortages affecting traditional chip shops in Belgium.

However, some officials seem convinced that these minor inconveniences will pale in comparison to the disastrous crises that will occur as a result of a lack of agri-food exports from Russia and Ukraine.

“For me, it’s not whether we are moving into a global food crisis – it’s how large the crisis will be,” said one expert, Yara International head Svein Tore Holsether, whose company specialises in fertiliser.

“Half the world’s population gets food as a result of fertilisers… and if that’s removed from the field for some crops, [the yield] will drop by 50 per cent,” he explained.

Another expert from the United Nations has warned that Europe, in particular, will soon face “Hell on Earth” migration flows if it does not act soon, with a food shortage in the Global South as a result of the ongoing Ukraine crisis being likely to start another migrant crisis.

“If you think we’ve got Hell on earth now, you just get ready,” said the UN’s David Beasley, who formerly served as Governor of South Carolina for the Republican Party.

Sweden: Harvests Could Halve Due to Lack of Russian Fertilizers and Manurehttps://t.co/ZyxUiCyf5Z