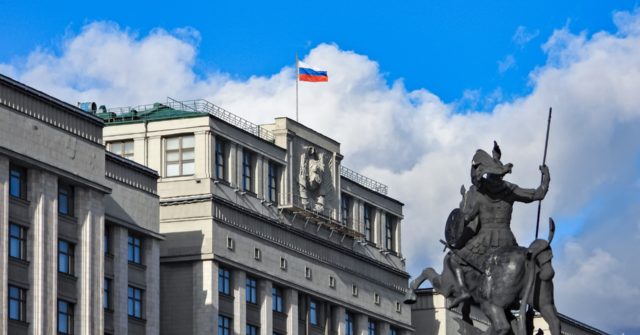 MOSCOW (AP) — YouTube has banned the channel of Russia’s lower house of parliament, the State Duma, prompting government officials to renew longtime threats against the platform.

The Duma TV channel reported the ban on the messaging app Telegram, noting that it had 145,000 subscribers and over 100,000 million total views. In comments to the Russian news agency Interfax, Google didn’t give an exact reason for the move, but said the company follows “all applicable sanction and trade compliance laws.”

Russia’s state communications watchdog Roskomnadzor demanded that YouTube unblock the channel. Foreign Ministry spokeswoman Maria Zakharova said Saturday that the service “has handed itself a sentence” and urged its users to “download content, transfer it onto Russian platforms. And fast.”

State Duma speaker Vyacheslav Volodin called the move against the parliament’s YouTube channel “another proof of violations of the rights and freedoms of citizens by Washington.”