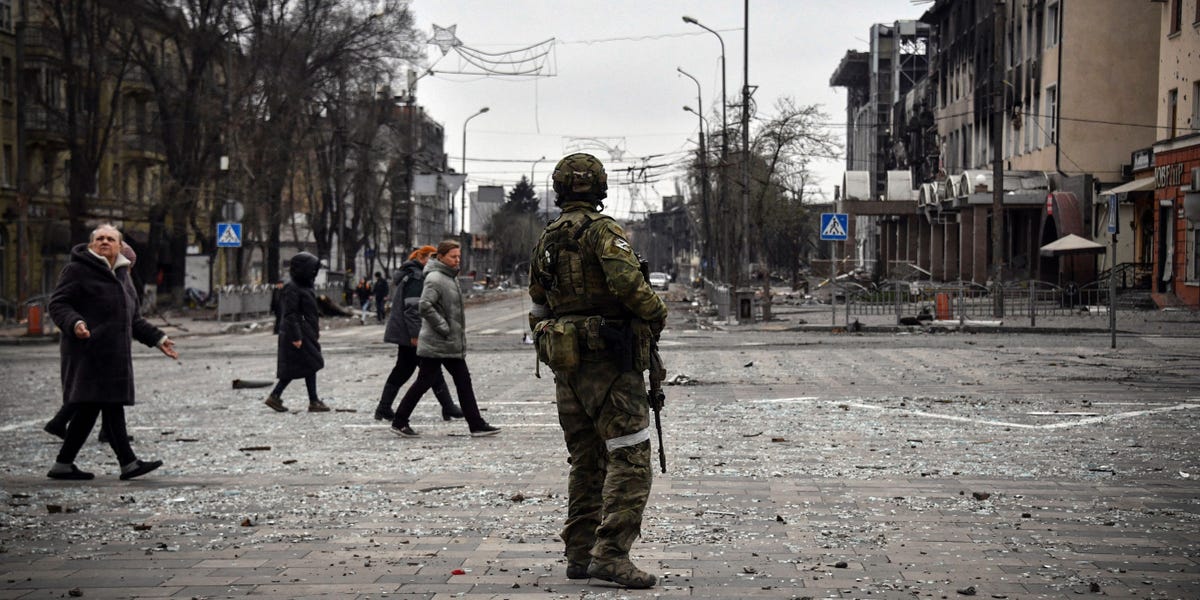 A Russian soldier in Ukraine told his mother over the phone that his superior shot himself just to go home, according to audio released by Ukrainian officials.

A recording of the intercepted phone call was published Saturday on Facebook by the Ukrainian Defense Ministry’s Main Intelligence Directorate.

The soldier, who says he is 20, can be heard complaining to his mother that the war will not end soon and that he doesn’t want to be there.

“This Ukraine does not interest me at all. I need to come back and quit,” he said, explaining that many other Russian soldiers do not want to be there either.

His mother pressed him on whether there are “patriots” in the Russian military encouraging other soldiers not to give up.

“Mom, the commander of my battery of the second platoon shot himself in the leg to get out of here, in the very beginning! What are we even talking about here? And he served in Chechnya,” the soldier responded.

His mother then asked what would happen if the West decides to advance on Russia: “Who will defend Russia then? Who, tell me? They will just kill us all, there will be a fourth world war and Russia will lose in it!”

“Well then maybe Putin will think twice,” the soldier said, adding that “we don’t have munitions or people, there is no command from Moscow!”

The solider also said the conflict was because Russian President Vladimir Putin invaded: “Nobody advanced on us!”

His mom defended Putin and said he did not invade but was advancing on the Donetsk and Luhansk People’s Republics, the Kremlin-backed separatist states in Ukraine’s eastern Donbas region.

“I don’t know… we did not even come close to there,” the soldier said.

Multiple reports have described Russian soldiers who do not want to be fighting the war in Ukraine. Ukrainian President Volodymyr Zelenskyy said early on in the war that Russian forces were “tired” and “demoralized.” Last week, a Russian soldier told The Guardian he wanted to quit the army because there was no point in fighting in Ukraine.

Since launching a full-scale invasion of Ukraine on February 24, Russian forces have seen major losses and been pushed back from areas around Kyiv and Kharkiv after unsuccessful attempts to advance.

Ukraine Defense Minister Oleksii Reznikov on Saturday said the country was preparing for a new, long-term phase of the war.