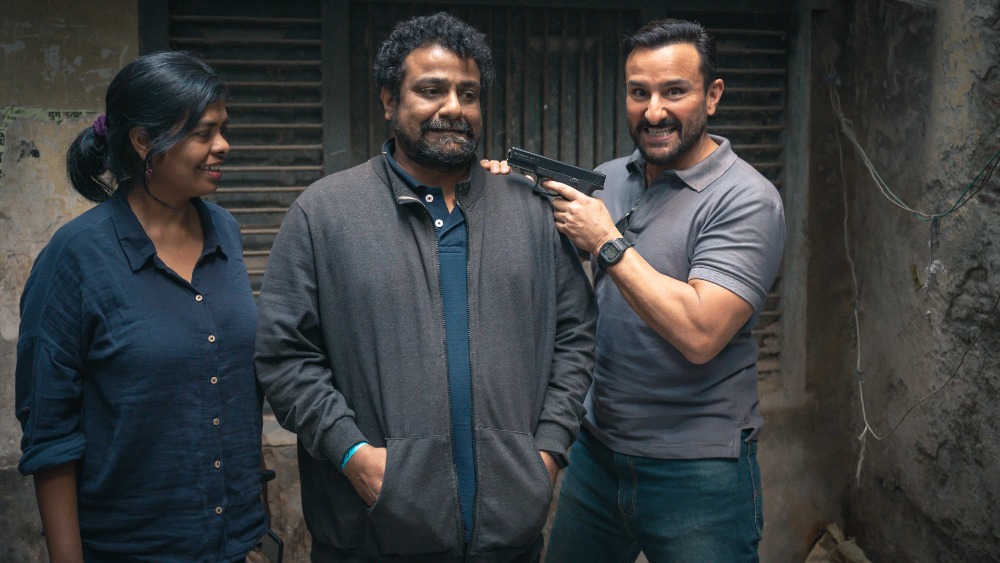 The film, which also stars Radhika Apte (“Raat Akeli Hai”) in a pivotal role, is a remake of 2017 Tamil-language hit “Vikram Vedha,” directed by writer-directors Pushkar and Gayatri and starring R. Madhavan and Vijay Sethupathi.

Pushkar and Gayatri are also helming the Hindi-language Bollywood adaptation. The film, a neo-noir action thriller based on the Indian folktale “Vikram aur Betaal,” tells the story of a tough police officer who sets out to track down and kill an equally tough gangster.

The film is produced by T-Series and Reliance Entertainment in association with Friday Filmworks and YNOT Studios. Producers include Bhushan Kumar, S. Sashikanth and Bhushan Kumar.

Bhushan Kumar, chair and MD, T-Series, said: “The anticipation grows as the film shoot progresses. Hrithik and Saif on the big screen will be a sight to behold. This will undoubtedly be the most eagerly anticipated release of 2022.”

Producer Shibasish Sarkar said: “As we wrap up the second schedule of ‘Vikram Vedha’ we are happy that the film is proceeding as scheduled and in accordance with all government protocols. Each completed schedule is another significant milestone for the film. I’m really looking forward to the film getting into excellent shape as it proceeds and releasing it to viewers all over the world.”