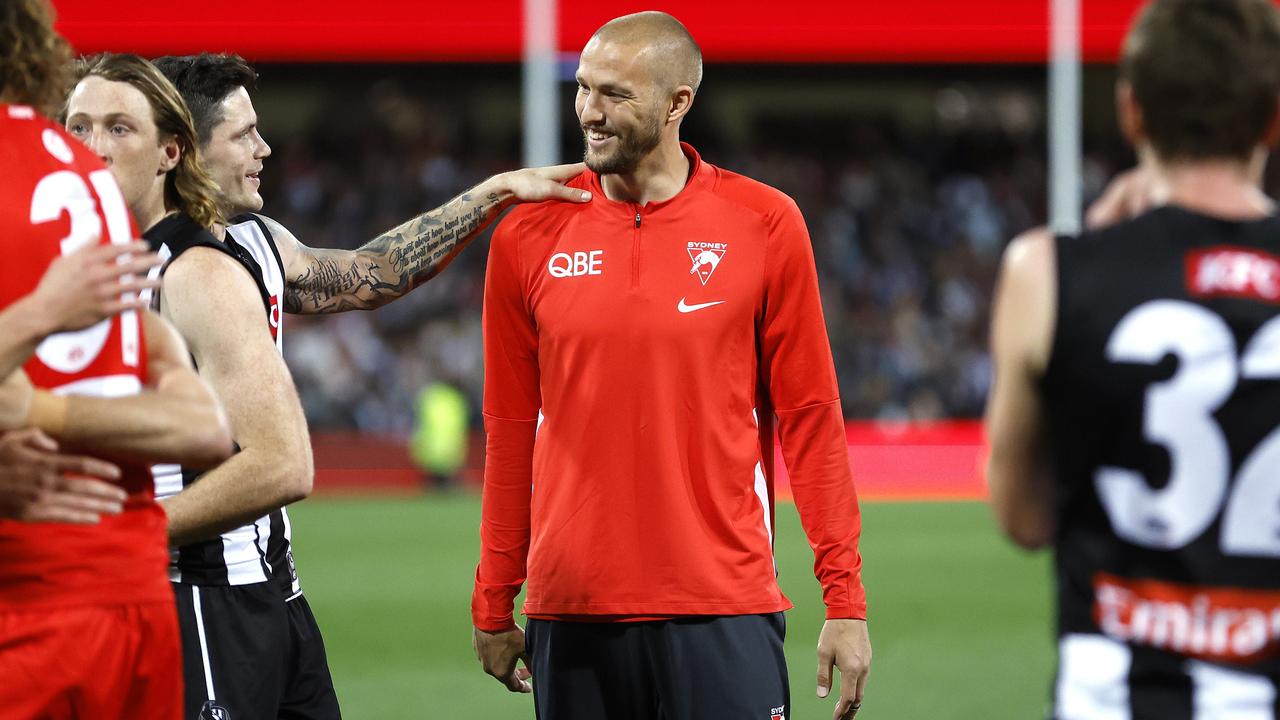 They haven’t made a single change to their team in four games but the Sydney Swans may be forced into a heartbreaking alteration for the Grand Final with veteran forward/ruck Sam Reid under a major injury cloud.

The 30-year-old, who was bidding to win his second premiership with Sydney some ten years after his first, was subbed out of the thrilling Preliminary Final win over Collingwood early in the third quarter with an adductor problem, placing his Grand Final spot in huge jeopardy.

If the injury does keep him out of the decider with Geelong it would be a big on-field blow to the Swans, with Reid breaking through to shine in the final 14 games of the season and ousting the likes of recruit Peter Ladhams as the preferred back-up ruck option to Tom Hickey.

Emotionally, it would be a devastating result as well with the hugely popular Reid finally overcoming a horrid injury run that saw him play just 43 games in four seasons prior to this one, to establish his place as a key member of the Swans set-up.

“It’s not relevant at the moment it’s just after the game. I don’t deal on the what if’s yet, lets just wait and see,” he said.

For Swans fans pondering taking on the Cats without Reid though, the what if’s in terms of his replacement, if he’s unfortunate enough to miss, will already be discussed at length.

The two options to fill the key forward/pinch-hitting ruck role will be youngsters Joel Amartey and Hayden McLean with off-season recruit Peter Ladhams still suspended for one more week following a crude hit in the VFL.

Having featured for four successive weeks between rounds 17 and 20, Amartey would be the likely frontrunner with McLean’s last AFL game coming in round 8.

In McLean’s favour though is his extra experience.

At 23 and with 30 games under his belt he shades 21-year-old and 13-game Amartey in terms of exposure as well as possessing a more mature body, which could be a deciding factor for the magnitude of a Grand Final.

There’s also the chance that the Swans ask forward Logan McDonald to assist Hickey in the ruck and select another runner in Braeden Campbell, who came on for Reid as the sub against the Magpies.

Hopefully for Reid’s and the Swans’ sake though, all of that talk is in vain and the much-loved veteran can take his richly deserved place in their Grand Final team.