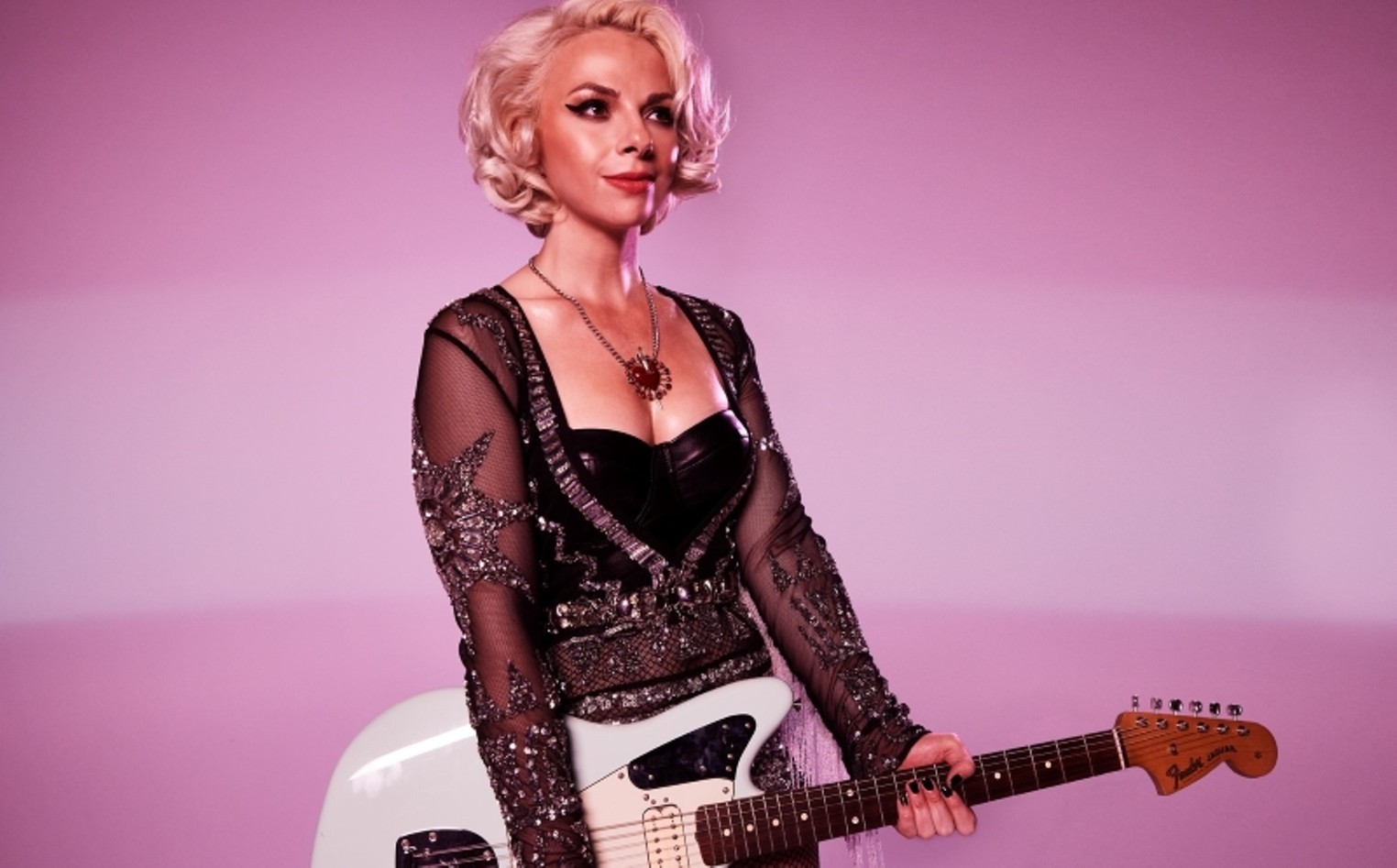 Though it may seem to some that she has come out of nowhere, guitarist Samantha Fish has built a steady following the old-fashioned way: continuing to grow musically, creating a strong bond with her fans, and touring damn near constantly.

Speaking from the road (naturally), heading from Newark, NJ to Scranton, PA for Peach Fest, Fish is in a sanguine frame of mind. When asked for details regarding the upcoming festival, she chuckles and says, not unkindly, “It’s all that Allman-centric shit!”

That being the case, Fish should be welcomed with open arms by those who worship at the altar of Allman Brothers albums like Eat a Peach and Live at the Fillmore East, many having missed it all the first time around. For Fish, the blues is not some kind of museum piece, it is an eternally evolving form, as will be demonstrated at a Heights Theater gig on August 13, in support of her latest album Faster.

The blues is, shall we say, codified. Twelve-bar structure? Check. Three chords? By and large, check. Call and response? Oh yeah. People who have been done wrong? Most definitely. Sexual metaphors? More than you can shake a stick at.

But it gets complicated when a contemporary artist tries to take the blues somewhere else, to boldly go where no blues have gone before. The so-called “Blues Police” have frowned upon this sort of activity for some time. Decades, in fact. When Mick Jagger and Keith Richards – barely out of short pants at that point – would play Chuck Berry songs at blues jams in early ‘60s London, their efforts to broaden the form’s breadth were often met with derision, if not outright hostility.

The last time the Press spoke with Fish, the term “non-binary musician” was coined during the conversation, a reference to the fact that Fish has any number of musical influences in the mix at any one time. Musically fluid, that is to say. So does she feel pigeonholed by being categorized as a “blues” player?

“I don’t mind it,” she says, “because I feel like all my primary, early influences were, for sure, blues artists. That’s the fundamental cornerstone of my playing and my vocalization. So how can I make this my own? We don’t play a lot of shuffles, so it’s not like I’m a purist.  It’s a mix of different genres. It’s not pure rock and roll, it’s not pure blues, it’s not pure soul, it’s not pure pop. It’s kind of a mixture of everything. I want to push the boundaries of what is socially acceptable in the genre.”

Never a purist, Samantha Fish has increasingly incorporated influences from pop, rock, and rap into her blues.

Like many artists who have produced significant music, Fish respects her roots but is not slavish in her fealty to the past. “I’ve always been of the mindset that Muddy Waters was the best ever at what he did, and if I tried to do my best Muddy Waters impression, it would just be an impression, and it wouldn’t be remarkable. So the best thing I can do for me is to do my thing and hope for the best.”

In previous generations, musicians had few responsibilities aside from performing and writing new material. They could stumble through their days, with a road manger at the ready to point them in the right direction. In the current century, this is not the situation. “That would be so amazing if I could stumble around,” Fish says, marveling at the prospect. “It’s a constantly ever-evolving job. We’re bobbing and weaving with the evolution of technology.”

An example of this sea change would be social media and its role in a musician’s success. “It’s changed,” Fish muses. “It used to be that you could walk into a record label, and they would see that you had talent. Now they want to see that you have been ‘viral.’ So you have to have these ‘viral moments’ before you can get any attention paid to you by these massive record labels. You have to do the promotional work before they even get there. Basically, it’s being your own PR machine.”

One benefit of the increased emphasis on social media is that it allows artists to make more substantial connections with their fans. A glance online shows that Fish’s followers are, if nothing else, dedicated. “They’re hardcore. We have a great group of people. I love my fans. I see people who travel as much as we do to come to these shows. And that warms my heart. I just try to make everybody feel welcome, like they belong,” Fish says.

As Fish’s career has blossomed, she has been able to delegate some of her previous road warrior drudgery to new members of her team. For years, she was not only the headliner but chief cook and bottle washer. “I was doing a lot of the crew positions before I could bring someone in to take care of it. I was the road manager. We didn’t used to have one. I was my own guitar tech. You have to wear a lot of hats,” Fish says.

“It’s funny how cyclical it is,” she continues. “You start out, you dream something big, and then you need all these people to take care of things for you. When you’re taking care of it yourself, you’re getting pulled away from your passion. So to have those people on the road, yeah it’s expensive, but it has brought me back to a place where I can focus on writing. I can focus on the music and not be worried about, ‘Oh, shit, I need to change the strings on my guitar today.’ It also helps the flow of the show, so I’m not in high heels trying to get to the back of the stage to grab a guitar to tune it. The show can be a lot smoother.

“When I first started playing guitar, I was sitting in my bedroom, and all I wanted to do was get out of my bedroom and go play guitar in front of people,” Fish says, reflecting on how her circumstances have changed. “Then all this shit starts getting in the way of that. If I want to play a venue, I have to get there, so I have to get a van. And I have to have CD’s to sell, and all this stuff comes into play. And all I’ve been trying to do since I set out on this journey was to get to a space where I could just go into my room and play guitar again.”