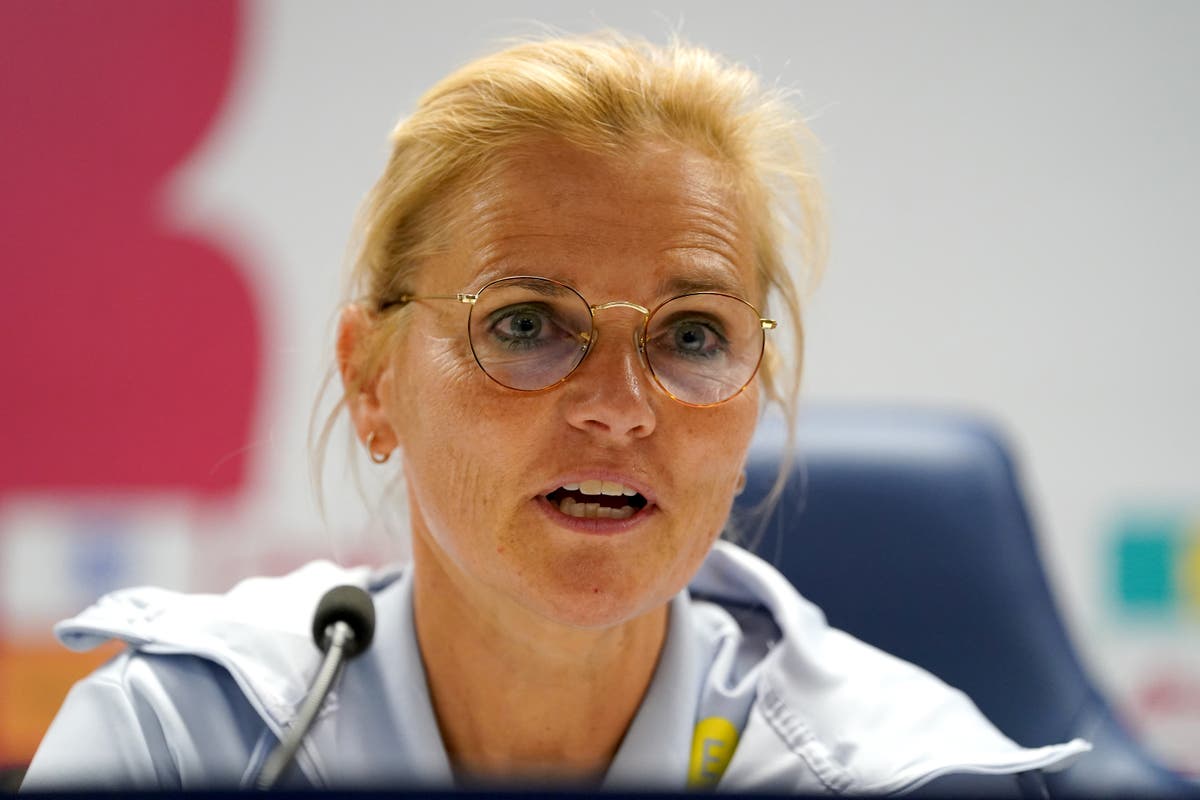 Sarina Wiegman vowed England Women would “stay grounded” after they thumped reigning champions the Netherlands 5-1 in their penultimate warm-up match ahead of next month’s home European Championship.

The Lionesses came from behind to claim the eye-catching victory at Elland Road, their 11th win in 13 matches unbeaten under Wiegman.

The Dutchwoman, who guided the Netherlands to Euro 2017 glory and the 2019 World Cup final prior to becoming England boss last September, said when asked about her side being spoken about as favourites to lift the trophy this summer: “I think there are many favourites for this tournament and we are one of them.

“But we know where we want to go to and we stick to our strategy and plans, and whether we would lose or win now, we’re not going to all of a sudden sit, we call it, on a pink cloud. We stay grounded.

“Even if we had lost today, then still we know what we can improve, what we do well, and we want to take the next step in our style of play.

“Of course, the expectation will go higher, but now it’s a moment. I think we’re in a good place, but we still need to improve a couple of things, and we know that.”

After the first half had seen Lucy Bronze cancel out Lieke Martens’ opener, England had a let-off seven minutes into the second half when Sherida Spitse, on her 200th Netherlands appearance, struck a penalty off a post and wide.

A minute later, Beth Mead put the hosts ahead with a close-range finish, fellow substitute Ella Toone and Lauren Hemp then added efforts in the 72nd and 74th minutes, and Mead subsequently netted her second late on to wrap things up.

Wiegman said: “I thought it was a very good match. We had a hard time the first half, I think the Netherlands did very well and we didn’t play to our strengths, we were struggling, and I think we played a very good second half.

“It gives confidence because we know we have lots of depth in our team, lots of quality. I have a hard choice to make for the first XI.

“It was for us a good learning moment (in the first half), that we were behind. We haven’t been behind since I came in, so it was good to see the reaction of the team. Even when we were struggling, we were on it and able to bring the game to the level that we should be able to play.”

England play the final of their three warm-up fixtures against Switzerland in Zurich next week before taking on Austria at Old Trafford in the opening match of the Euros on July 6.

After last week’s 3-0 victory over Belgium at Molineux, Wiegman had said that “more ruthlessness” would be required at the summer’s tournament.

Asked how she felt about the ruthlessness against the Netherlands, Wiegman said: “Very happy.

“We have been talking about we have to be more ruthless, but I think tonight, we scored the goals, we were really on it, and that’s really nice to see.”

Wiegman’s successor as Netherlands boss, Englishman Mark Parsons, expressed his view that England were Euros favourites, and also said he had “let down” his team in the second half.

Parsons said: “When the (final) whistle went, I knew I was going to be analysing a shorter game, with 60 minutes.

“There would be no point in looking any further because I let them down. At that point the organisation should have been a lot safer, more defensive, because the legs had gone and England were just getting fresher and fresher with their changes, with the home crowd.

“I think England will be favourites in the Euros, where they’re at, the quality of players, the home crowd, the resources that the WSL have been putting in, the work the clubs have been doing. You add all that up and it’s very hard to see that they’re not favourites.”