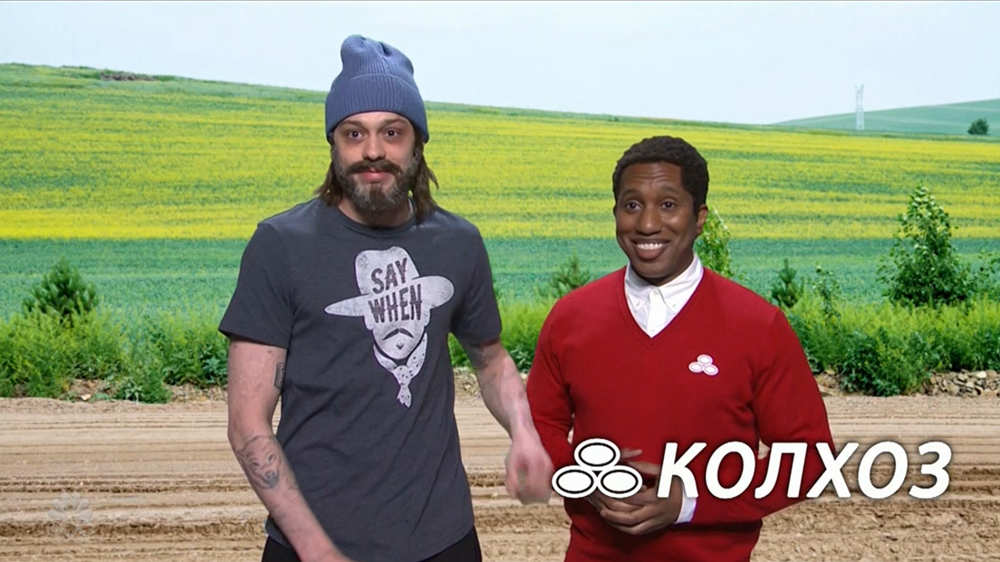 “Saturday Night Live” took aim at the growing crisis in Ukraine, Green Bay Packers quarterback Aaron Rodgers and President Biden in its cold open, which included a timely reference to the flap over Tom Brady’s retirement plans that erupted earlier in the day.

The sketch began with President Biden (played by “SNL” regular James Austin Johnson) getting a briefing in the Oval Office about the tense situation in Eastern Europe and other global hot topics from trusted aides and advisors, played by Ego Nwodim, Alex Moffat and Kenan Thompson. The week’s updates included quips about Neil Young’s beef with Spotify and Joe Rogan, and the question of whether famed quarterback Tom Brady has decided to retire (and whether or not ESPN was accurate in its “sources say” report published earlier on Saturday).

In the sketch, one of Biden’s advisors tells the President that some of the Ukranian intelligence comes “from the same people who told us Tom Brady will retire, so take it with a grain of salt.”

The sketch featured a look at faux Russian propaganda and misinformation unleashed to unsettle the Ukranian people. “SNL” star Pete Davidson appeared in a viral video as bad imitation of Rodgers, wearing his signature knit cap. In a nod to Rodgers’ role as a pitchman for State Farm insurance, Davidson sang the jingle “like a good neighbor, State Farm is there.”

The sketch cut back to Johnson as Biden, who said earnestly, “Ukrainians believe that he’s the real Aaron Rodgers?” Thompson’s military commander figure replies, “Apparently that is the real Aaron Rodgers.” Thompson’s character adds of Russia’s ability to influence elections with misinformation: “Forty percent of Americans think you lost the election, so it kind of did.”

“Saturday Night Live” host Willem Dafoe poked fun at his image for playing psychotic characters in films. “It’s always nice to hear you have the vibe of a sociopath,” said Dafoe, most recently on screen in the blockbuster hit “Spider-Man: No Way Home.”

Dafoe looked like he was having fun playing all sorts of different characters— and not just the villain —during his hosting gig. He got to star in a fake advert for “male enhancer” Nugenix and got to judge a bad dogs dog show (with real, and very cute, dogs) with Aidy Bryant. Defoe also played Maurice, Princess Belle’s (Fineman) father.  Diverging strongly from its Disney source material, instead of Maurice sobbing over Belle’s imprisonment by the Beast (Pete Davidson), he’s taking advantage of having the French cottage all alone to himself and uh, starts to set the mood.

Katy Perry was the musical guest. Her first performance was an acid-trippy rendition of “When I’m Gone,” in which Perry donned a mushroom cowgirl costume, had dancing mushrooms holding fans that said “Eat Me,” and a giant garden hose.

During the Weekend Update, Peyton Manning guest-starred and addressed the Tom Brady rumors. His thoughts? He’d retire too if it meant more time to watch “Emily in Paris.” Manning gushed about the escapist Netflix series, explaining the plot of Season 2 as if it was a football game. “You know what’s not sitting on the sidelines? The fashion!,” Manning yelled, shortly before putting on a French beret.