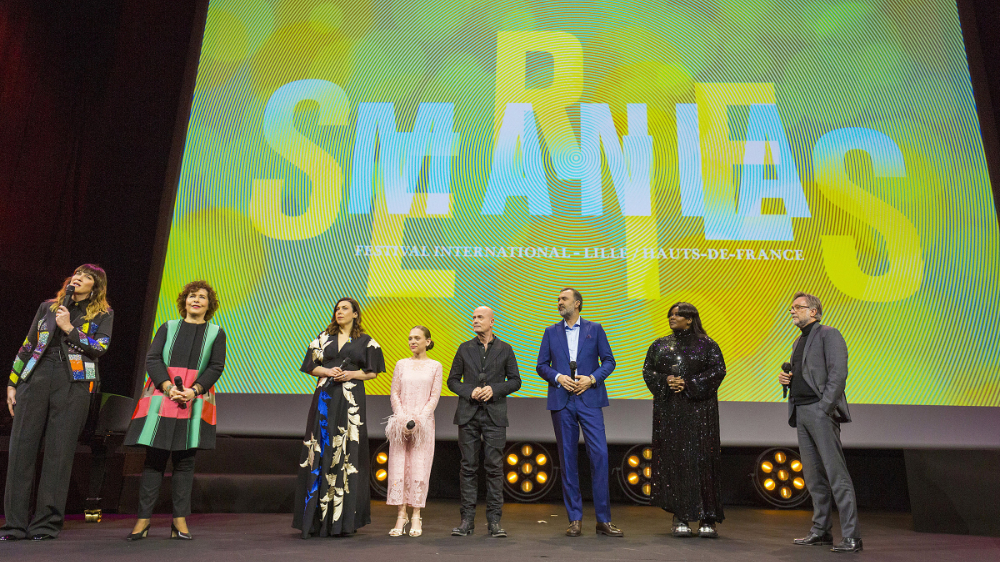 “I didn’t know if I would be lucky enough to be here tonight,” said Sinkevych to a standing ovation, with Laurence Herszberg, Series Mania general director, observing that culture cannot be insensitive to what is happening.

“The whole world is now admiring our resistance, the resistance of the Ukrainian people. But there is another battlefield, which is culture, and I want us to be noticed, recognized and admired on the cultural battlefield, too,” added Sinkevych.

“This [conflict] has been going on for a long time and there have been many episodes in this TV series. Now, Europe and the rest of the world should work together on its grand season finale.”

The in-person gala, hosted by Daphné Bürki – soon to be seen in “Chair Tendre” – also paid homage to “The Wire” on its 20th anniversary, with a dance routine choreographed by Romain Rios and a sketch by Pablo Mira (“According to critics, ‘The Wire’ is the best TV show of all time, but that’s because they missed ‘Charmed’ season 2,” he said). David Simon’s new show “We Own This City,” co-created with George Pelecanos, will premiere in Series Mania’s international competition. It is one of the most anticipated of this year’s titles.

Artistic Director Frédéric Lavigne described the ceremony as a “rollercoaster of emotions,” also noting some of this year’s drama trends, from news-worthy topics to focus on healthcare workers, rappers, writers, youth and diversity.

“Seeing Julia on stage was so moving – it was the political statement that we wanted. Series is a land of contrast, so it’s relevant to be trivial and serious at the same time,” he told Variety after the event wrapped with the screening of “Call My Agent!” creator Fanny Herrero’s new show “Standing Up,” about a group of aspiring comedians.

“During our last edition, we had this idea to have a special focus on series made by stand-up comedians and for them. We realized there was a new generation coming, talking about their life. Also, at this moment, everything is so dark. We wanted something funny,” he added.

While the humor of the show generated some mixed responses among the audience, with one guest noting that the stand-up routines of the protagonists “could be funnier,” others appreciated the characters played by Mariama Gueye, Younes Boucif, Elsa Guedj and Jean Siuen. Following its premiere at Series Mania, the series launched on Netflix on March 18.

While Marc Dugain, novelist and film director, described the series’ humor as “very, very French,” “Unorthodox” star and juror Shira Haas added: “I think that humor is universal. When something feels authentic, it crosses languages and other barriers. I am a big fan of ‘Call My Agent!’ so I was looking forward to it and was not disappointed. It’s an amazing combination of humor and emotions, and the acting was just superb.”

“Comedy is growing and becoming really important. It’s political. Finally, it’s not just about buying sneakers and fucking women. Also, being on stage is a lot of work. I could see myself stressing, wanting to be good. It felt real,” said actor Romain Brau.

Saud Kassas, participating in Series Mania Israel-France drama series co-writing residency with “Oasis,” chimed in: “Writers who are not really making a living out of writing will sympathize with the main character. That’s me!”