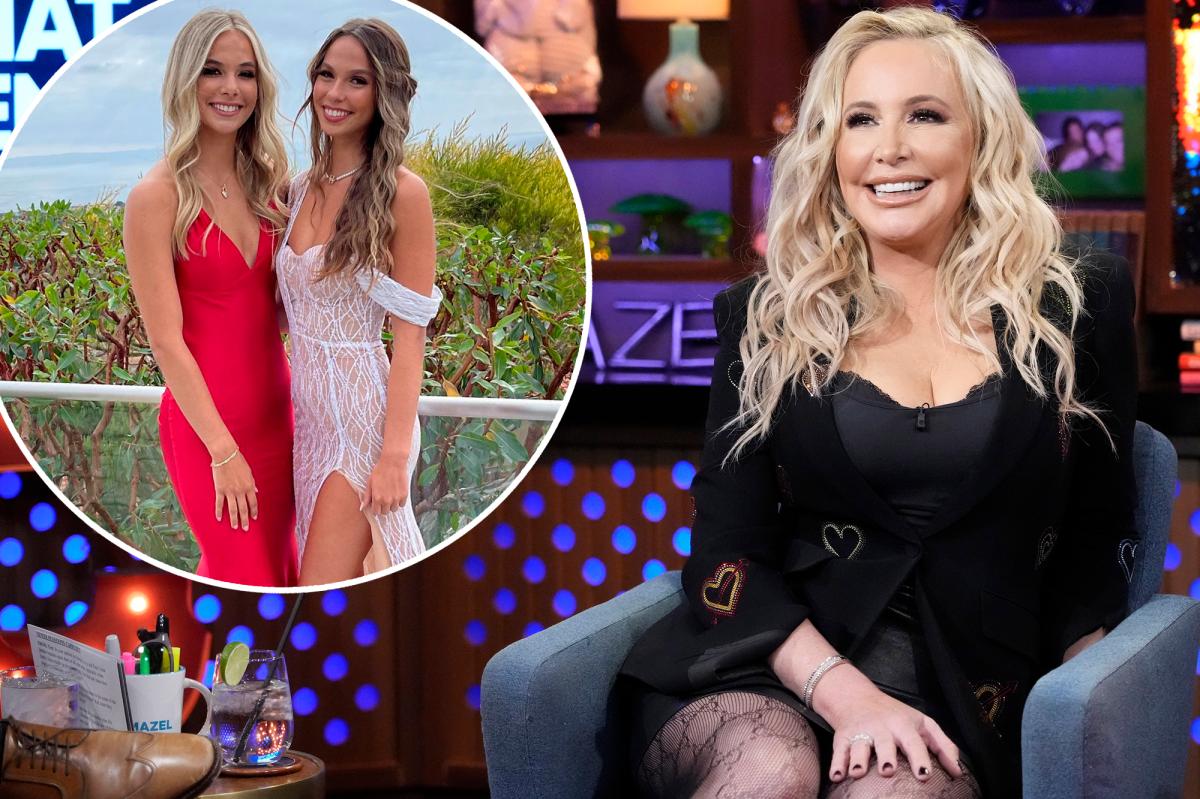 “Prom 2022,” Beador, 58, captioned Instagram pictures of herself and boyfriend John Janssen sending her teens off.

Adeline rocked a red floor-length gown to the event, while her sister stunned in a lacy white number.

When an Instagram user commented on the social media upload calling the girls “all grown up,” the Bravo personality replied, “They are growing up so fast!”

Beador welcomed her daughters in June 2004 with then-husband David Beador. The former couple are also the parents of daughter Sophie, 19, while the entrepreneur, 57, shares Anna, 1, with new wife Lesley Cook.

When David and Shannon split in October 2017, she filed for full custody of their kids. The exes reached a divorce settlement in April 2019.

Since Anna’s arrival in February 2021, Stella and Adeline have bonded with their baby stepsister. Cook, who wed David in October 2020, posted a picture of the twins holding the toddler in February, calling them all “beautiful girls.”

Shannon also regularly shares snaps of the teens. When one October 2021 upload sparked speculation that Sophie, Stella and Adeline got plastic surgery, she came to their defense.

“Wow! My daughters are teens and for you to say such a thing is ridiculous,” the reality star told an Instagram troll accusing them of having “work done.”

Kelly Dodd, one of Shannon’s friends and former co-stars, commented at the time that the teenagers were “beautiful inside and out.”

Shannon’s prom pictures aren’t the first time she has documented the twins’ dances on social media. She gushed over shots from their winter formal in January as well as their homecoming in October 2021.

With Sophie attending college in Texas, the proud mom posted pictures that same month of her eldest child’s sorority formal.