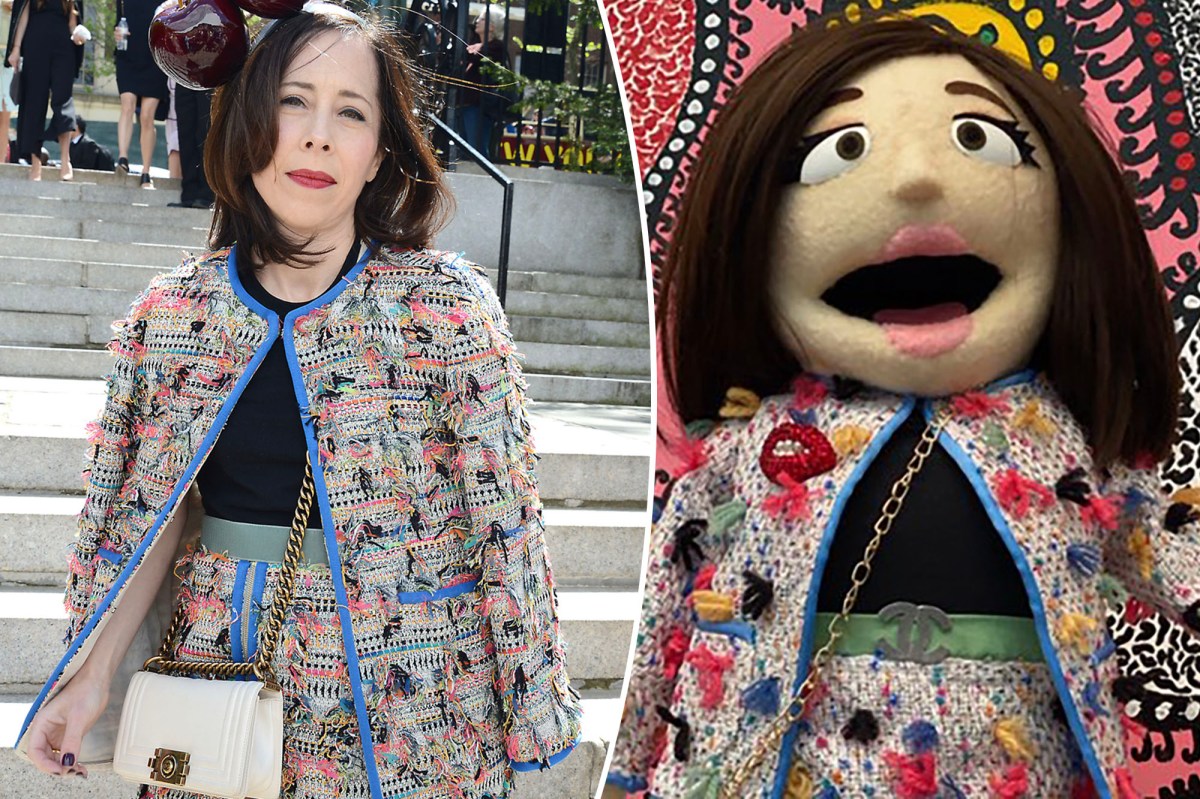 Upper East Side socialite Sharon Coplan Hurowitz is known as an art advisor and fine art publisher, but she fulfilled a childhood dream during the pandemic: becoming a puppeteer.

Hurowitz has learned professional puppetry over the past couple of years and even has her own puppet doppelgänger. Like a real uptown lady who lunches, the puppet has already made its red carpet debut — and is having designer clothes made for it by Isaac Mizrahi and others.

Hurowitz, a regular of the gala circuit, recently held a private screening for the AppleTV+  show “Fraggle Rock: Back to the Rock” at the Carlyle for her puppetry teacher, former “Avenue Q” star Ben Durocher, who is a puppeteer on the show as well as a wrangler for “Sesame Street.”

She told us she was initially embarrassed to share her love of puppets in the past.

“There were moments I only shared that with people who understood it, and now I see that there is a much larger adult audience,” she says. “It’s not just the impact and connection to childhood, but the artistry and creative process that is accessible to adults.”

“I have been in love with Jim Henson and ‘Sesame Street’ and being a first-generation watcher and Muppets fan never left me,” Hurowitz, who is on the board of performing arts non-profit New 42, tells us. “In many ways, it was why I got interested in the theater and art world, because how aesthetic it is and the fact that it puts all of that together.”

She added, “COVID was such a pause for all of us and gave us this moment … I was sensitive that those in the theater world very quickly had to stop what they were doing and was concerned about them. It was an opportunity to reach out and support.”

Hurowitz, who is married to author Richard, was given her own “Sharon the Puppet” by her family. Her Mini-Me was made by fabricator Laura Manns, who has done projects for Sesame Street, Nickelodeon, and Google.

The pint-size double wears a detailed copy of a Chanel suit from Hurowitz’s closet — also made by Manns — and will be getting more designer duds. Designer Mizrahi — who made a tuxedo for “Sesame Street” star Elmo for a benefit and created looks for Bert and Ernie for Life & Style — is creating a tiny version of one of his looks from Hurowitz’s own closet.

The glamorous puppet also has a real top celebrity hairstylist: The mononymous Garren— who has worked on Linda Evangelista, Madonna and Farrah Fawcett — is advising on upcoming looks for her hair.

“Sharon the Puppet” has already made a mark on NYC’s party scene, walking the red carpet at the opening of The Museum of the City of New York’s “Puppets of New York” exhibit.

“It’s like having a thoroughbred horse or important automobile: You have to know how to use it,” Hurowitz tells us, adding that working with felt Sharon is much harder than it looks. “Anatomically it is really rigorous … For the most part, your hand is extended above your head for extended amounts of time. You are working in reverse with a monitor. It’s flipping it. In my mind’s eye, I am doing it for the camera so that you don’t see humans, just puppets.”

Adding, “Surprisingly, it’s akin to dance. It is so physically taxing and you have to put your whole body into it, not just your arm … There is an element of magic that you can’t quantify.”

Hurowitz has also gained a deep appreciation for the puppeteering community, saying she has been impressed by the “blood, sweat, tears and effort it takes.”

“It’s such an all-encompassing, collaborative process,” she says of her behind-the-scenes learning experience. “There are huge teams, lots of creativity and they will do anything to make something work. There is a commitment to the community. Jim Henson, one of the most creative geniuses ever; he didn’t just create something, he created a whole world.”

In addition to pursuing her unique hobby, Hurowitz also recently created a limited-edition print portfolio with original work from artists like Jasper Johns and Ed Ruscha to celebrate the Metropolitan Museum of Art’s 150th anniversary, which is currently on view at the museum.