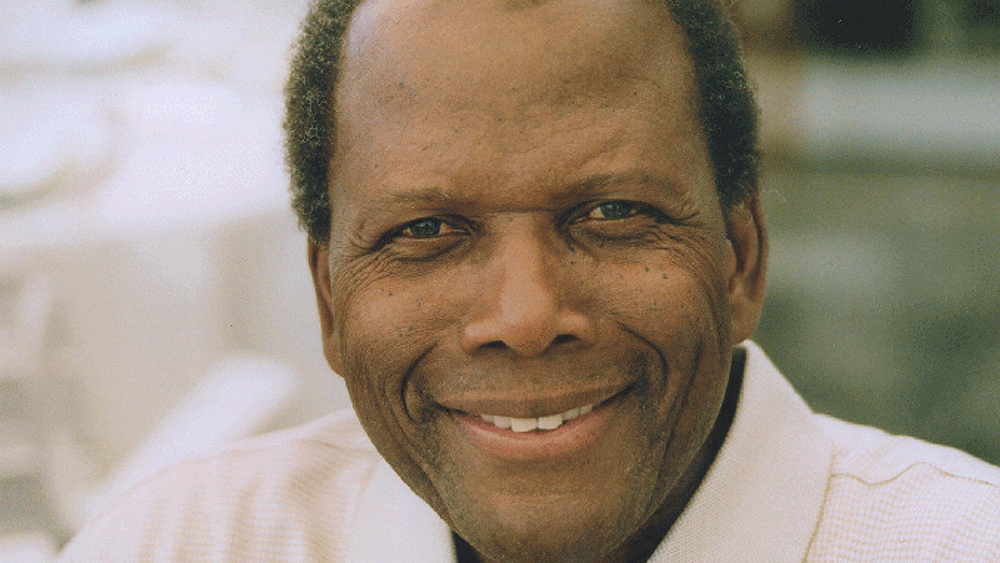 Hollywood stars such as Tyler Perry, Whoopi Goldberg and Viola Davis took to social media on Friday to pay tribute to Sidney Poitier, who has died at 94. Poitier made history in 1964 when he became the first Black actor to win the Academy Award for best actor.

Poitier starred in many trailblazing films, such as “Guess Who’s Coming to Dinner,” “In the Heat of the Night” and “They Call Me Mister Tibbs.”

“Around this time last year Cicely Tyson was releasing her book and promoting it. I had no idea she would pass away shortly thereafter. Now, to wake up this morning to a call that Sidney Poitier has passed away… all I can tell you is that my heart broke in another place,” Perry wrote on Instagram. “The grace and class that this man has shown throughout his entire life, the example he set for me, not only as a Black man but as a human being will never be forgotten. There is no man in this business who has been more of a North Star for me than Sidney Poitier.” He continued, “I’ll never forget inviting him and Cicely to fly to South Africa with me. Selfishly, I wanted to hold them both captive for the hours-long trip as I literally sat at their feet and listened to their wisdom and experiences. It was life changing. All I can say is thank you for your life, thank you for your example, and thank you for your incredible gift. But most of all, thank you for being willing to share YOU to make us all better.”

Questlove called Poitier “A king.” He said, “One of the greatest actors of his generation. We all have our Poitier era. Growing up in the ’70s I’d have to say that maybe ‘Uptown Saturday Night’ was the first movie I ever watched. (The trilogy of Uptown/Again/Piece of was a staple/steady diet in every ’70s household). You already know I can spew paragraphs of what his activism represented, especially in a time that his accolades were happening during the civil rights era — but man, this is more of a personal reflect because of the bonding his ’70s movies did for my family and I. Rest in peace. And thank you.”

Whoop Goldberg said in her tribute that Poitier “showed us how to reach for the stars.”

If you wanted the sky i would write across the sky in letters that would soar a thousand feet high..
To Sir… with Love
Sir Sidney Poitier R.I.P.
He showed us how to reach for the stars

Actor Jeffrey Wright paid tribute by calling Poitier a “landmark actor.” He wrote, “Sidney Poitier. What a landmark actor. One of a kind. What a beautiful, gracious, warm, genuinely regal man. RIP, Sir. With love.

Sidney Poitier. What a landmark actor. One of a kind. What a beautiful, gracious, warm, genuinely regal man. RIP, Sir. With love.

A giant has fallen. pic.twitter.com/PqkLawNWyc

Tina Knowles said, “Sir Sidney Poitier will be sadly missed by the whole world! He was a true class act! A trailblazer for Black leading men. Handsome, talented and oh so gracious. I have had the pleasure of meeting him and speaking to him several times. Praying for his family. RIP Sir.”

Coleman Domingo posted, “When you say the name Sidney Poitier, there was always such reverence and humanity attached to that name.”

This is a big one. No words can describe how your work radically shifted my life. The dignity, normalcy, strength, excellence and sheer electricity you brought to your roles showed us that we, as Black folks, mattered!!! It was an honor… https://t.co/xaPAjAlRtR pic.twitter.com/aqOmRqq7SN

Sidney Poitier. An absolute legend. One of the greats. pic.twitter.com/jd2Xd7vmIJ

The first Black man to win an Academy Award for Best Actor. Sidney Poitier was the catalyst in Hollywood.

We extend our deepest respect, love & admiration to his family & those who loved him.

“There is a certain immortality involved in theater, not created by monuments and books, but through the knowledge an actor keeps to his dying day that on a certain afternoon, in an empty and dusty theater, he cast the shadow of a being that was not himself……..” pic.twitter.com/lVsvO5t3CJ

We are deeply saddened to hear of the passing of Sidney Poitier, the legendary actor, director and diplomat who led a life of remarkable achievements, both on-screen and off. pic.twitter.com/g0M2wfmq2M

Powerful beyond the stage and screen. pic.twitter.com/hEKRxGvoM2

#SidneyPoitier, your last sunset with us is the dawn of many generations rising in the path of light you blazed. We will always hold you in our hearts and forever speak your name. 🙏🏼🙏🏼🙏🏼❤️❤️❤️ pic.twitter.com/hIKYCqM245