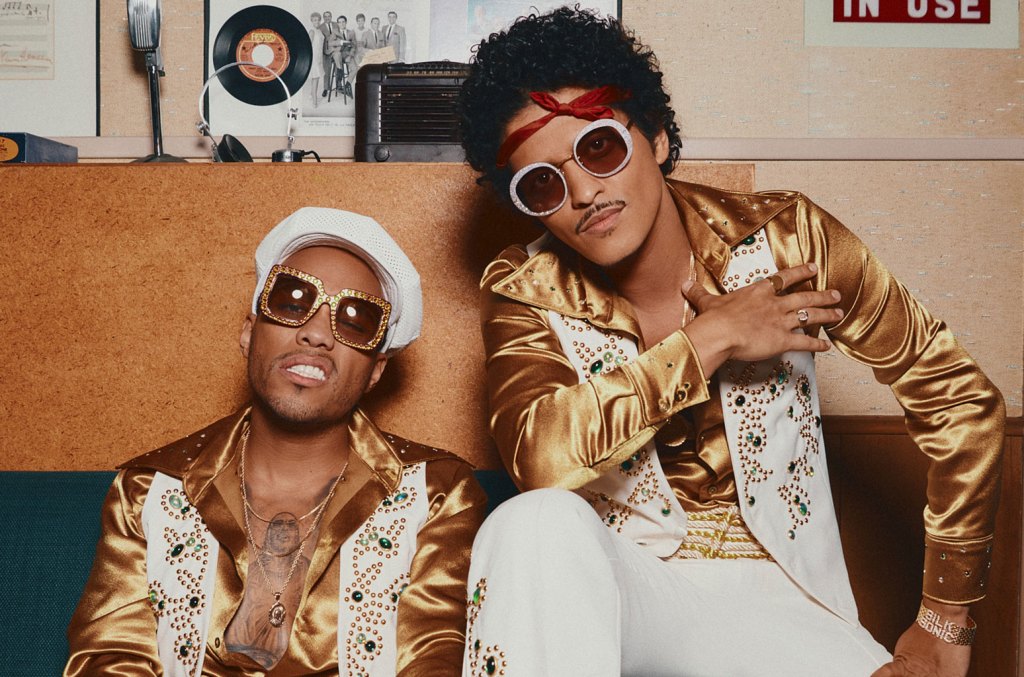 Silk Sonic is turning up the heat for the evening. The duo — which consists of Bruno Mars and Anderson .Paak — took to the  Billboard Music Awards stage on Sunday (May 15) to perform “Love’s Train,” the latest single from their debut album, An Evening With Silk Sonic.

Accompanied by a full backing band and joined by two back up singers, Mars and .Paak took the stage in burgundy three piece suits to sing the smoldering track — originally performed by ‘70s R&B/Soul group Con Funk Shun in 1982 — and  engaged in sensual choreography to match the content of the lyrics. “If you are that special lover/ And love keeps you tied to another/ That’s the way it goes on love’s train/ Sometimes, heartstrings can be broken/ But you just have to keep on goin’/ That’s the way it goes on love’s train,” the pair sang on the chorus.

“Love’s Train” was released on Feb. 14 as the fourth single from their debut set. The album debuted at No. 2 on the Billboard 200 following its November 2021 release, selling 104,000 equivalent album units earned in the week ending Nov. 18, according to Luminate. The album additionally charted at No. 2 on Top R&B/Hip-Hop Albums, and won four total Grammy awards — a clean sweep for the duo —  for the album’s lead single, “Leave the Door Open,” in the record of the year, song of the year, best R&B performance and best R&B song categories.

Silk Sonic is up for four 2022 BBMAs; the duo earlier in the evening lost top duo/group and top R&B artist to BTS and Doja Cat respectively, but won top R&B song for “Leave the Door Open.” The pair is also up for top R&B album for An Evening With Silk Sonic.

The Billboard Music Awards are produced by MRC Live & Alternative, a division of MRC. MRC and Penske Media are co-parent companies of Billboard.