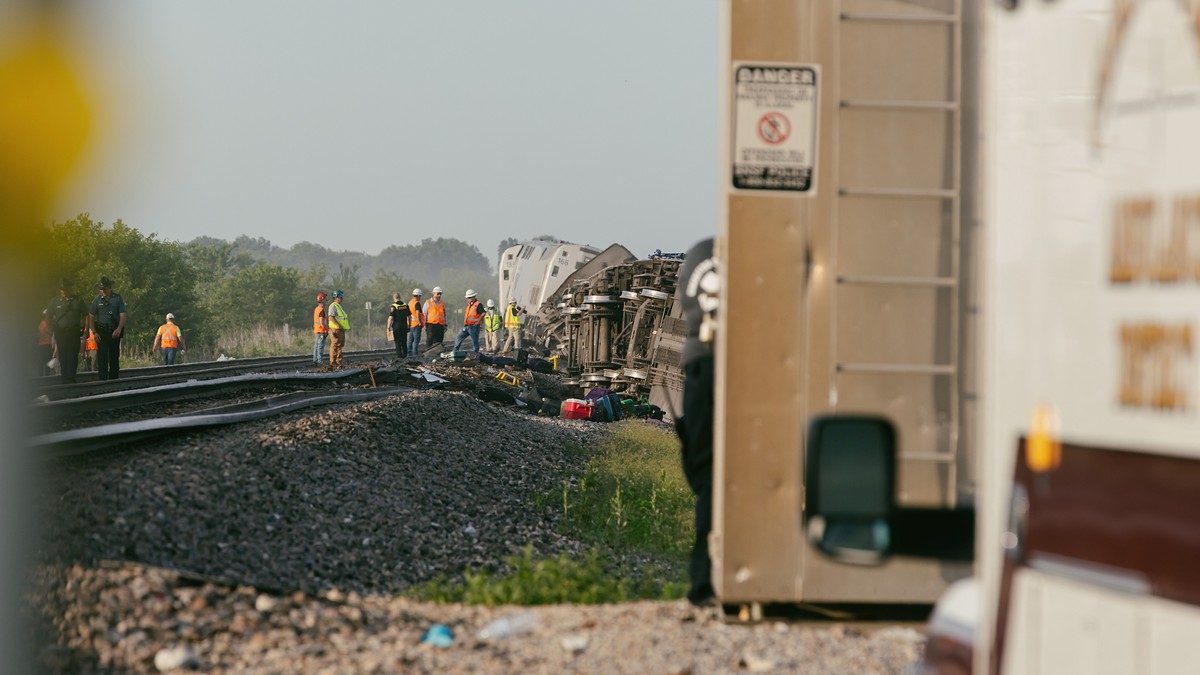 Moveable explores the future of transportation, infrastructure, energy, and cities.

Within 24 hours, two Amtrak trains crashed into vehicles on the tracks at junctions with no safety guards or alerts, killing a total of six people.

On Sunday around 1 p.m. an Amtrak train in Brentwood, California hit a car with six people heading to a fundraiser for someone who had died, according to local news reports. Three of the people inside the car died and two others had major injuries.

About 24 hours later, in Mendon, Missouri, Amtrak’s Southwest Chief service from Los Angeles to Chicago hit a truck on the tracks. Two passengers and the truck driver died. Eight cars and two locomotives derailed, according to an Amtrak statement.

Although the crashes occurred thousands of miles away, they have one thing in common: Both occurred at crossings without guardrails or alert systems. Authorities in Brentwood told the media that crossing sees an average of one to two crashes per year, a predictability that author Jessie Singer has argued strains the definition of the word “accident.” There is already a monument on the site of the Brentwood crash to someone who was killed there a few years ago.