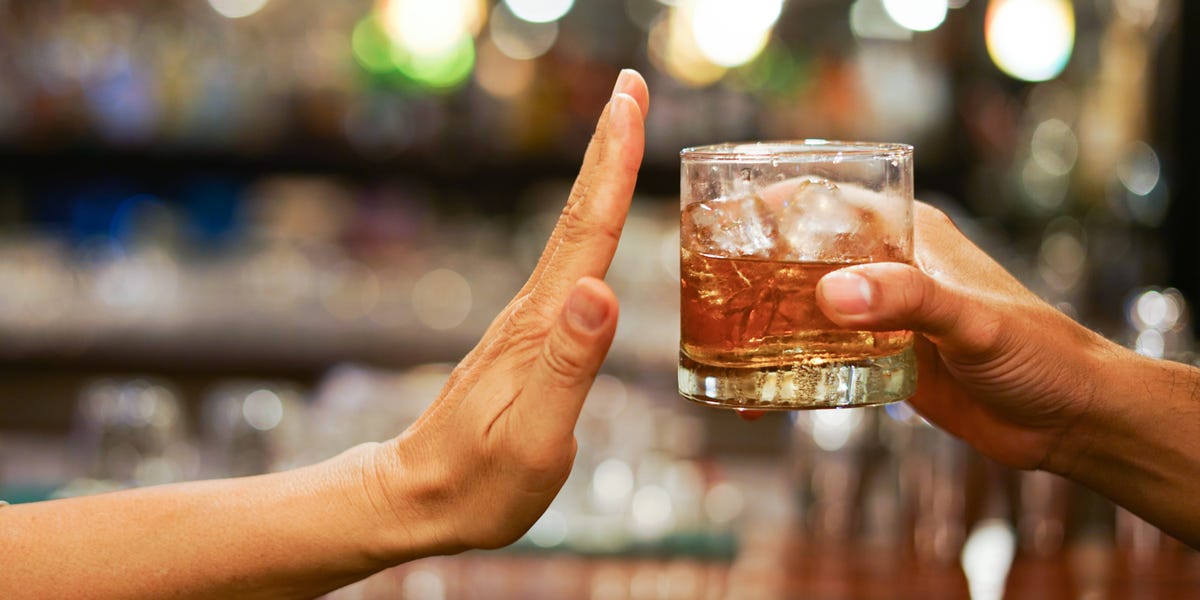 There's no doubt about it: 2021 was hard, and a lot of people coped with alcohol.

The year began with an insurrection on the nation's capitol and is ending with yet another surge in COVID-19 cases. It could spoil a sober start to the new year: Dry January.

A term coined in 2013 by a group in London, Dry January in an attempt to encourage a healthier, alcohol-free lifestyle. Since then, the trend has taken off globally, with people across the world setting the goal of putting alcohol aside for the first month of the year. In 2021, many struggled to partake in the movement, but with Americans in the midst of a "sober-curious" movement, 2022 could be a comeback year for teetotalling, especially for younger generations, who drink less and participate in Dry January more.

Drinking surged during the pandemic

As the New York Times reported on January 12, a week after the capitol insurrection, some Americans like university professor Nina McConigley felt "sad and useless."

"I am of color, watching the Confederate flag being paraded in the Capitol, it was the worst," McConigley told the Times. "The act of a hot warm dinner and nice wine, it felt self-preserving."

Alcohol consumption overall has surged during the pandemic.

A survey conducted by the American Psychological Association in March found one in four adults reported drinking more this past year to manage their stress. The Harris Poll, an analytics firm, found that about 17% of respondents reported "heavy drinking" between mid-August and mid-September, defined as four or more alcoholic beverages for women and five or more for men.

In addition, a study by the Rand Corporation last year found that alcohol consumption in the U.S. increased by 14% during the pandemic. Women increased their heavy drinking days by 41%, according to the study.

It's enough to impact collective health in the US. Even a short-term increase in consumption will result in 8,000 additional deaths from liver disease by 2040, Massachusetts General Hospital estimated this month.

But there's still room to turn things around.

Alcohol consumption may have increased this year, but for some Americans, that doesn't mean Dry January is ruled out.

Polls from Morning Consult and YouGov found that as many as 15% of Americans, or one in seven, took a break from alcohol in January 2021. According to Morning Consult, reasons for that lifestyle change include a desire to be healthier and reduce overall consumption.

Across the pond, about one-sixth of the United Kingdom is planning to take part in Dry January, Alcohol Change UK, the charity that founded Dry January, reported. 18% of adults who drink alcohol are planning to abstain next month.

A range of experts back the movement. Even just reducing the amount of alcohol consumed has significant benefits to a person's physical health and mental well-being. The New York Times reported that exercising "mindful drinking," or paying attention to why, when, and where a person is picking up a glass, can help curb excessive consumption.

Dry January speaks to the growth of a larger, "sober-curious" movement that is growing in popularity among young people. As Insider reported in November, non-alcoholic beverage sales surged 33% to $331 million last year, according to Nielsen.

Data shows that younger people may be leading the brigade to drink less.

Millennials and Gen Zers have been consuming less than older generations in recent years. Research also suggests that more Millennials participate in Dry January in larger numbers than their older counterparts, alcohol purchases decreasing at the beginning of the year and increasing by February.

The pandemic is still ongoing, but conditions are better than they were a year from today. And Dry January just might help.