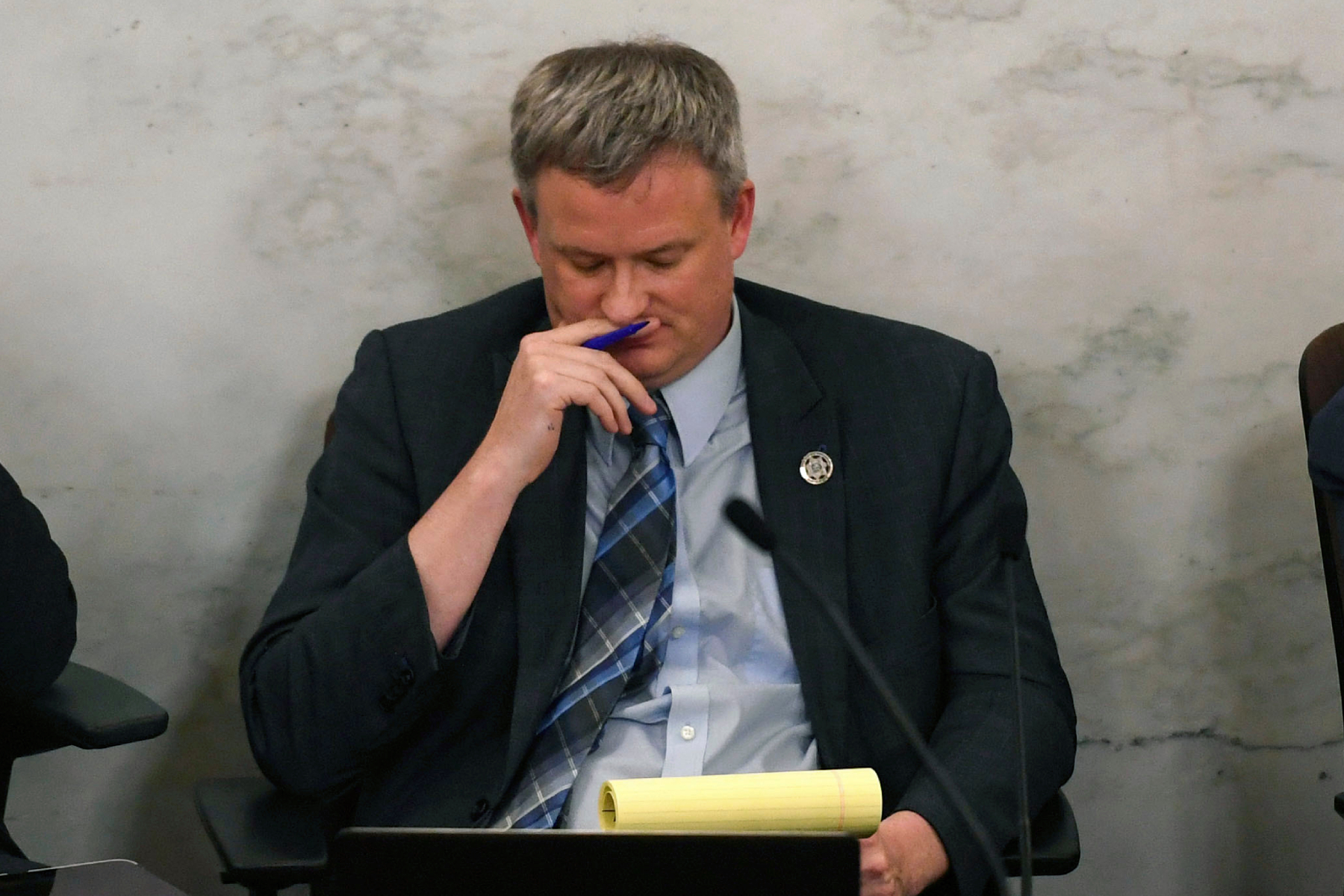 South Dakota Attorney General Jason Ravnsborg was removed from office on Tuesday after an historic impeachment trial in the state Senate, nearly two years after he fatally struck a man with his vehicle.

Ravnsborg was facing two articles of impeachment stemming from his role in the 2020 car crash: one for crimes that resulted in death, and the other for malfeasance related to his conduct after the collision.

The senators voted 24-9 in favor of the first article — the exact number of votes to meet the two-thirds threshold necessary for conviction and removal — and 31-3 for the second. Those outcomes triggered a third vote on whether Ravnsborg should be barred from holding future office, with all 33 senators present voting in favor of that.

Ravnsborg, a Republican who was elected state attorney general in 2018, now becomes the first South Dakota official to be removed from office –– more than two months after he became the first to ever be impeached following a vote in the state House of Representatives.

It also became a dominant focus for the state’s governor, Kristi Noem, who repeatedly called on Ravnsborg to resign. After Ravnsborg pleaded no contest to a pair of misdemeanors over the crash, Noem immediately called on the legislature to move forward with impeachment.

Following the vote in the state Senate on Tuesday, Noem celebrated the outcome.

“After nearly 2 years the dark cloud over the Attorney General’s office has been lifted,” the governor said on Twitter. “It is now time to move on and begin to restore confidence in the office.”

Ravnsborg was driving back to the capital city of Pierre on September 12, 2020 when he veered off the road and struck a man named Joseph Boever. The subsequent chain of events is what elevated the crash to a scandal. Ravnsborg claims he did not realize he hit a man that night, and after calling 911, the responding county sheriff loaned the attorney general his personal vehicle to complete his trip back to the capital city of Pierre that night.

When he drove back to return the sheriff’s vehicle the following morning, Ravnsborg and his chief of staff stopped by the scene and found Boever’s lifeless body. Ravnsborg claims that was the first moment he knew he had hit a man.

There has been pervasive skepticism surrounding that account, which was a central topic at Tuesday’s trial.

“He absolutely saw the man,” said Alexis Tracy, one of two attorneys leading the prosecution.

Tracy said Ravnsborg had “countless” opportunities “to do the right thing.”

In his closing arguments, Mark Vargo, the other prosecutor, probed some of Ravnsborg’s comments made to investigators, at one point playing a clip of the attorney general clumsily saying he never saw the man.

Ravnsborg’s defense was led by Mike Butler, a well-known attorney in South Dakota, and Ross Garber, a law professor at Tulane and expert on impeachment.

Butler and Garber both stressed that Ravnsborg’s actions fall well below an expected standard for impeachment, saying that he was charged for essentially traffic violations and that Ravnsborg was not found to be criminally culpable in Boever’s death.

“It must be a serious offense,” Butler said in his closing arguments. “The senate should not be reduced to a traffic court. That’s not the role you would be playing here.”

Ravnsborg did not testify at the trial on Tuesday, but he was present in the chamber, seated between Butler and Garber. At varying points during the prosecution’s presentation, Ravnsborg was animated, shaking his head and gesticulating in frustration. Following the vote, he hurried out of the capitol with his attorneys and did not respond to shouted questions from reporters.

The vote in the Senate was decidedly more lopsided than the one in the House, where Ravnsborg was impeached by a vote of 36-31. A select House committee charged with investigating the matter had also recommended against impeachment prior to that vote.

But the Senate proved to be much tougher terrain for Ravnsborg. Just before the vote, only two senators rose to speak against the articles of impeachment.

The trial was originally scheduled to last two-days, but the prosecution and defense each rested their case early Tuesday afternoon. Ravnsborg was convicted and removed before 6:00 local time.

The gallery in the Senate chamber was about half full throughout the trial. Among those in attendance were members of Boever’s family. His widow, Jenny Boever, broke down in tears after the vote to disqualify Ravnsborg from future office.

Two of Joseph Boever’s cousins, Nick and Victor Nemec, were also in attendance. The pair has acted as familial spokespeople ever since the crash, and spoke of “relief” following the vote. As he stood in the gallery and looked down at the legislators on the floor, Nick Nemec noted that there are only three Democrats in the Senate, one of whom was absent on Tuesday.

“By being removed, it allows the people, the citizens of the state of South Dakota to have a little more faith that their government is not a corrupt government, that it’s not just good old boys slapping each other on the back,” Nemec said. “It’s nearly all Republicans, and they did the right thing.”