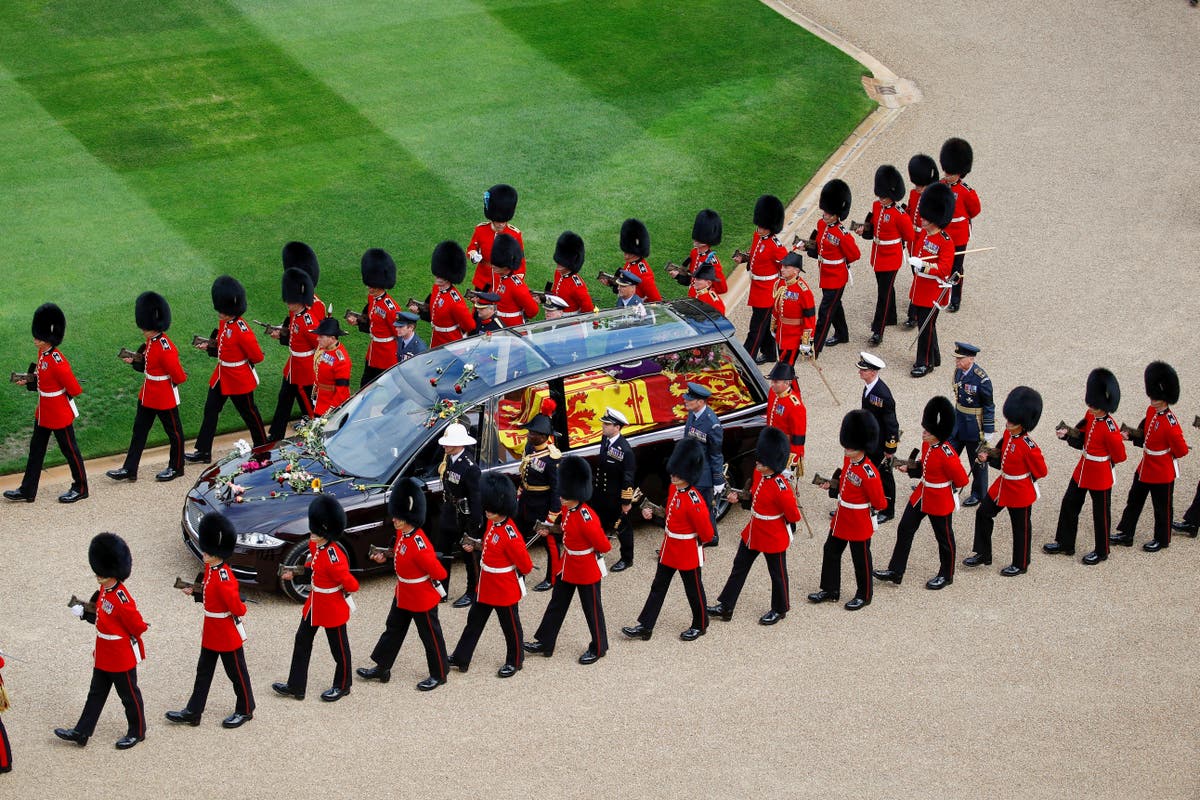 Sport will resume in the United Kingdom on Tuesday after the nation paused to pay tribute to the Queen on the day of her state funeral.

The world of sport came to a standstill across the country on Monday as people paid their final respects to the Queen, who died on September 8 and was laid to rest at St George’s Chapel in Windsor after a service at Westminster Abbey.

Racing was cancelled for the day and figures from a sport loved by the Queen were present at her state funeral.

England’s national team players would ordinarily have been expected to arrive at St George’s Park on Monday but they were given an extra day off to spend time with their families on such a historic day.

Gareth Southgate’s squad will instead begin to report for international duty on Tuesday ahead of Nations League matches with Italy and Germany this month.

Ex-Three Lions captain David Beckham, who queued for 13 hours to see the late monarch lying in state at Westminster Hall last week, paid his own tribute on Instagram.

“Our Queen is home,” he said. “We said a final farewell to Her Majesty The Queen. This week the world has mourned the loss of a unique, inspirational & caring leader.

“People from all walks of life came together in their thousands to show gratitude for our beloved Queen. Alongside the incredible ceremony and tradition we have watched a loving family grieve for a mother, grandmother and great-grandmother with dignity and dedication.

“Her legacy of service and devotion to duty will endure. Long live the King”

English Football League clubs were among numerous teams and organisations to join in with tributes to the Queen on the day of her funeral and several will be back in EFL Trophy action on Tuesday.

Racing, the Queen’s favourite sport, originally had meetings scheduled at Leicester, Warwick, Hamilton Park and Wolverhampton on Monday but they were cancelled after the funeral date was announced.

Meetings will resume at Beverley, Lingfield, Newcastle and Warwick on Tuesday.

Meanwhile, LV= Insurance County Championship fixtures will also get under way and England’s cricketers will play their first match in Pakistan in 17 years later in the day.

Jos Buttler’s white-ball side paid their own respects to the Queen with a period of silence observed by the squad on Monday before attention turned back to competitive sport.

England play the first of seven Twenty20 internationals against Pakistan in Karachi on Tuesday afternoon.