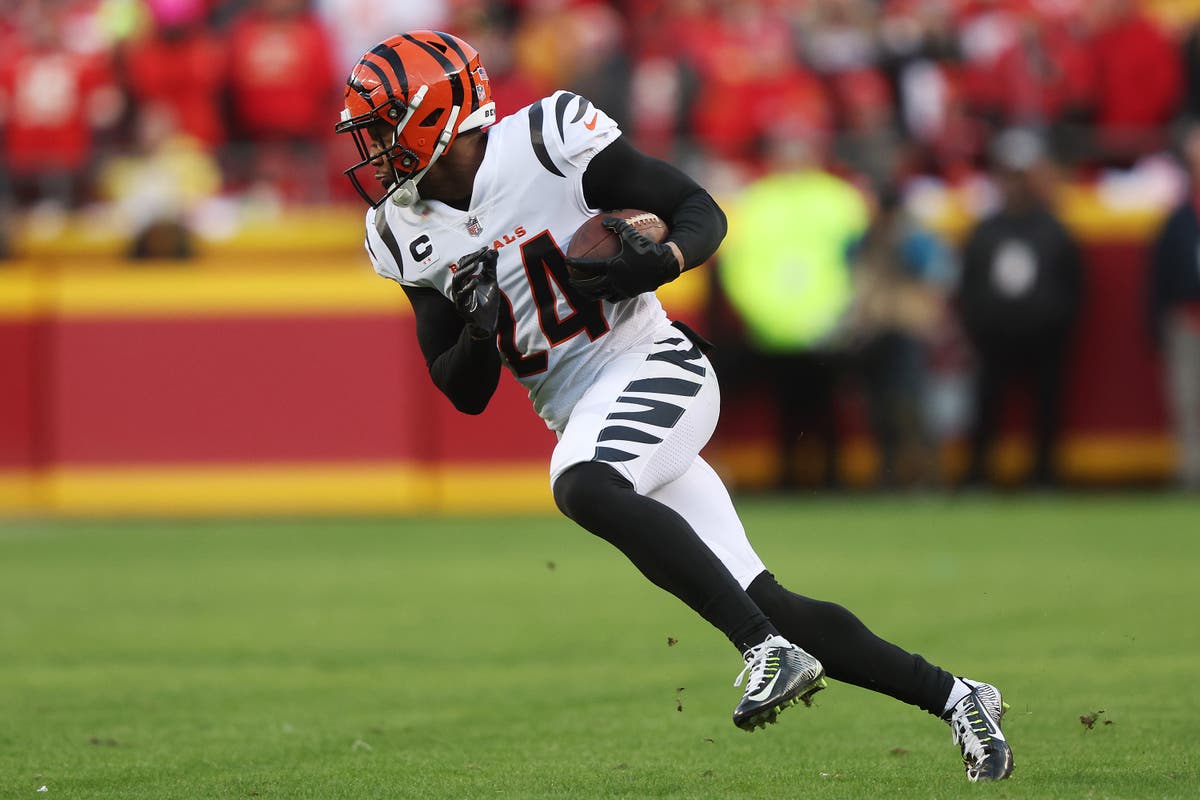 As they felled both the Kansas City Chiefs and the San Francisco 49ers, respectively, the Cincinnati Bengals and the Los Angeles Rams will head to the Super Bowl.

By total coincidence, though, when the two face off at the Rams’ home turf at SoFi stadium on 13 February, the two teams will also represent different facets of America, ranging from where they play, their congressional districts and who their owners are.

The Rams returned to Los Angeles after a 20-year stint in St Louis. Three years before the team moved to Missouri, the Show-Me state voted for Bill Clinton and a year afterward, Missouri again voted for the incumbent president over Bob Dole. Three years later, the Rams beat the Tennessee Titans to win the Super Bowl.

But in the following presidential elections, Missouri voted for George W Bush in 2000 and 2004; Barack Obama narrowly lost Missouri and campaigned there aggressively in 2008 but Mitt Romney blew him out by 9.6 percentage points. Throughout that time, the Rams played at what is now known as The Dome at America’s Center, where Missouri’s 1st Congressional District is Located. Rep William Lacy Clay Sr. represented the district for 32 years, retiring in 2001, with his son William Lacy Clay Jr succeeding him. Rep Cori Bush beat the younger Clay in 2020.

In 2015, the Rams moved back to Los Angeles, specifically in the city of Inglewood, which is represented by Rep Maxine Waters. Ms Waters emerged as a vocal critic of former president Donald Trump. Conservatives heavily criticised her after she said that protesters needed to “get more confrontational” if Derek Chauvin, the police officer who killed George Floyd, were acquitted.

“Congresswoman Waters may have given you something on appeal that may result in this whole trial being overturned,” Judge Peter Cahill said at the time.

Conversely, the Bengals play in Cincinnati, long a bastion of midtwestern Republican politics, but also of a type of conservatism that is fading. Former House Speaker John Boehner represented the Cincinnati suburbs for decades.

Sen Rob Portman, who is also from Cincinnati and negotiated the bipartisan infrastructure legislation that President Joe Biden signed, is retiring at the end of this year. When asked by reporters on Monday if he was going to the Super Bowl, Mr Portman raised his arms in victory.

The Bengals play in Hamilton County, Ohio, which voted for Mr Biden by a little less than 16 points. But Ohio’s congressional map means that arena is in Ohio’s 1st District, which is represented by Rep Steve Chabot, a Republican. Recently, Ohio’s supreme court struck down a proposed redistricting map that would have given Republicans an advantage of 12 seats compared to 3 Democratic seats.

Even how the team’s owners approach politics diverge. The Bengals’ owner Mike Brown is sparing when it comes to his political donations. But one of the few contributions he has given was to then-Sen Mike DeWine, now the state’s governor, in 2003.

Conversely, Rams Owner Stanely Kroenke has given generously to political causes to Democrats and Republicans. In 2016, he gave $100,000 to Ms Clinton’s victory fund before giving $1m to Mr Trump’s inaugural committee.

In recent years, the NFL has become much more politicised, given how many players are African American and Colin Kaepernick’s kneeling protests, which ignited the ire of Mr Trump. The fact the Bengals and the Rams represent different parts of America with unique political cultures shows how football is, like everything else in America, political.