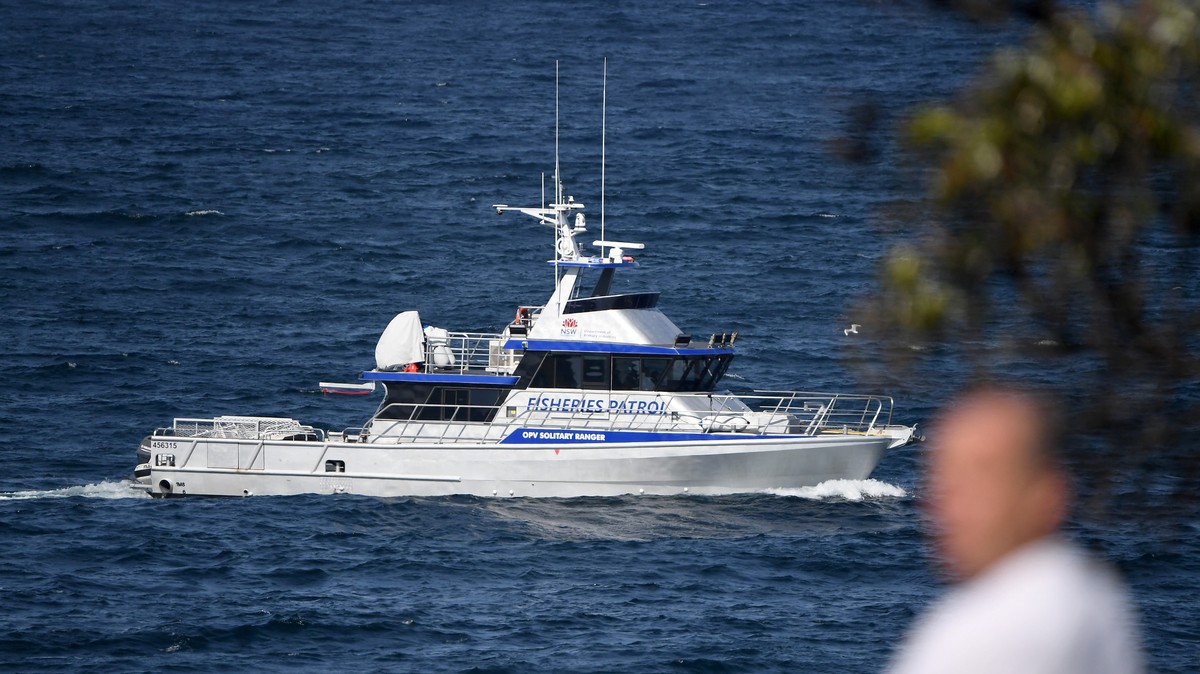 A fisheries boat patrols near the fatal shark attack site on little Bay in Sydney on February 17, as authorities deployed baited lines to try to catch a giant great white shark that devoured an ocean swimmer, the city’s first such attack in decades. Photo: Muhammad FAROOQ/AFP

Authorities have closed more than a dozen of Sydney’s most popular beaches while they search for a large shark that killed a man on Wednesday.

The victim was attacked at about 4:30PM on Wednesday while swimming at Little Bay, about 20 kilometres south of Sydney’s Central Business District and 10 kilometres south of Bondi. Human remains were found in the water following the attack, and life savers are searching for more remains today. New South Wales Ambulance said the man “suffered catastrophic injuries.”

Drones and a helicopter were deployed on Wednesday morning in an attempt to locate the shark, which is believed to be a great white with an estimated length of four to five metres. Smart drum lines are also being set to try and catch the animal.

“Whilst we have all assets on the water trying to locate the animal, we just want to make sure that there is no other danger to any swimmers in that area,” Steven Pearce, from Surf Life Saving NSW, told the ABC. “Our advice today is for everyone to remain out of the water.”

A man who was fishing off rocks at Buchan Point recounted the moment he saw the victim get dragged underwater while swimming across the bay.

“He was yelling at first, and then he went down,” the witness told the ABC. “There were so many splashes.”

Wildlife scientist at Macquarie University, Vanessa Pirotta told Australian press that witnesses’ descriptions of the size and behaviour of the shark indicated that it was a great white.

The victim is yet to be formally identified, but police said he was a 35-year-old man from Wolli Creek, according to The Guardian. Maroubra MP Michael Daley told media that the man swam in the area almost every day.

Swimmers have been instructed not to enter the water at 13 Sydney beaches in the wake of the incident, from Bondi in the east to Cronulla in the south.