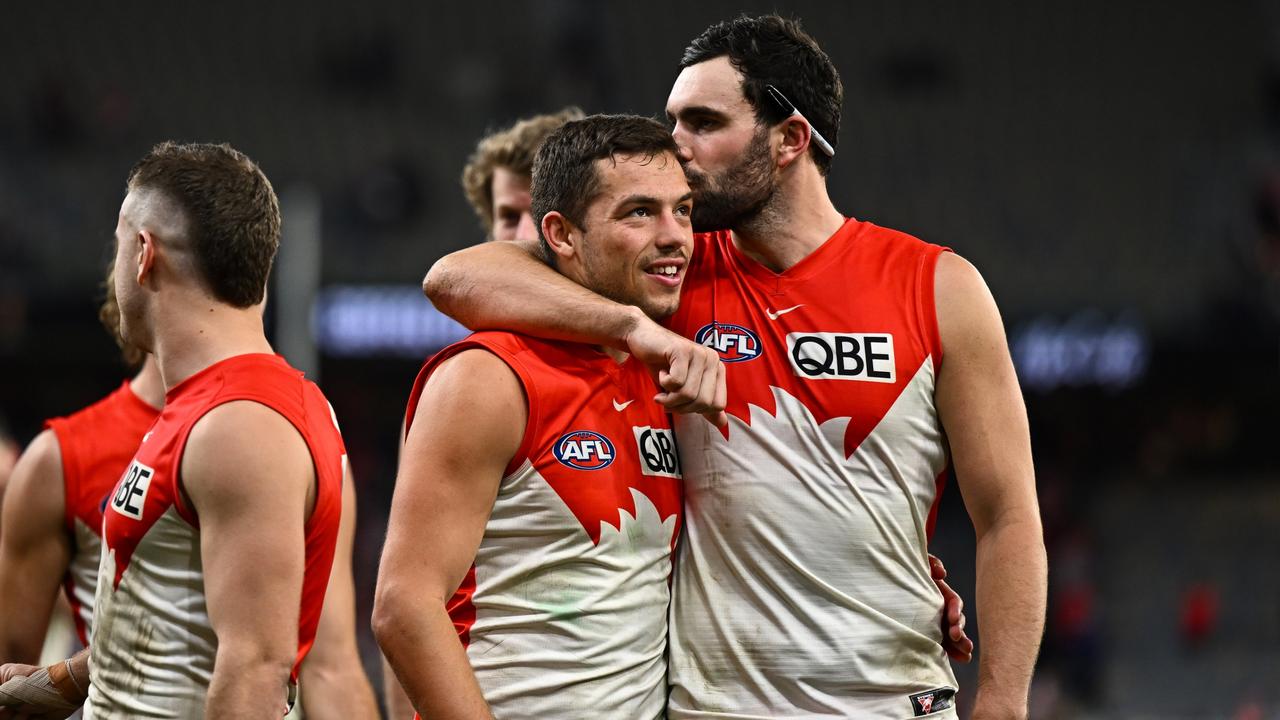 Sydney have now beaten three of the current top four teams, but coach John Longmire flat out refused to entertain thoughts of his own double chance come September.

The Swans overcame a slow start to record a 17-point away win against Fremantle on Saturday night.

Star Tom Papley described the win as “our biggest for the season” after overcoming a nine-point deficit in the final term at Optus Stadium.

The victory means Sydney has beaten Geelong, Melbourne and Fremantle this season to prove their best stacks up against the competition heavy weights.

But when asked if top four was a goal for the Swans, Longmire simply shook his head.

“We look at our meetings, our training sessions, our game quarter by quarter, that’s what we do … for as long as the season goes.

“We concentrate on our processes because that’s what’s important.

“If you get your processes right, that sort of stuff tends to take care of itself.”

Even Papley refused to look past next week’s clash with Adelaide.

“I’ll straight bat you – with the cliché we take it one week at a time,” he said.

“The way the competition is now, you just can’t (look ahead and think about finals).

“If you are off one week, it costs you.”

Fox Footy’s Jason Dunstall believes Sydney have one of the easiest runs home in the final five rounds, predicting at least four wins.

The Swans face just one top eight team – Collingwood in Round 22 at the SCG.

The remaining clashes are against Adelaide, GWS, North Melbourne and St Kilda.