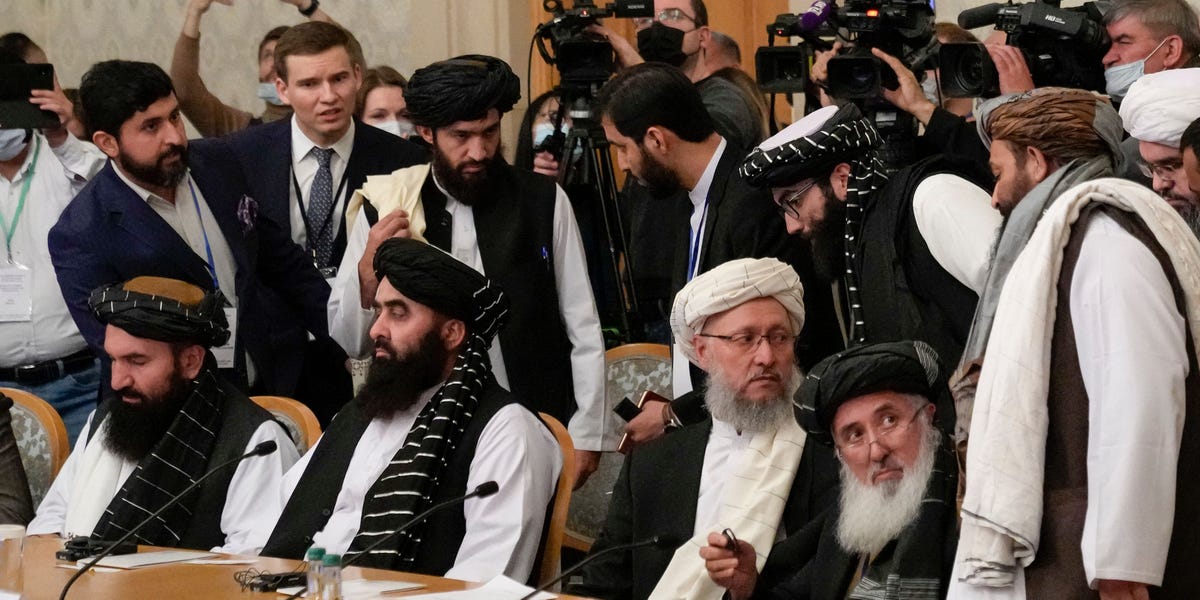 Taliban officials are on the verge of signing a contract for Afghanistan to purchase gasoline and benzene from Russia, Afghan authorities told Reuters.

Per the outlet, which published its report on Monday, Afghan officials said that a Taliban delegation was in the final stages of talks in Moscow for the terms of the contract.

Reuters cited a spokesperson from Afghanistan’s ministry of economy, Habiburahman Habib, who confirmed that the officials were negotiating contracts for wheat, gas, and oil.

The delegation is also deliberating on how Afghanistan would transfer its funds for Russia’s supplies due to sanctions imposed on most of the banks from either nation, said Nooruddin Azizi, Afghanistan’s acting commerce minister, according to local outlet TOLO News.

Per the outlet, Azizi said the funds would be transferred through a third country, which he did not name.

Reuters reported that a source from Azizi’s office said they expected the contract on the gasoline and benzene to be ready soon.

Afghanistan already imports most of its food and oil from Russia, TOLO News reported, estimating the annual trade between the two countries to be worth $200 million.

The negotiations come as Moscow seeks out alternative customers for its energy market amid wide-reaching sanctions on Russia from the US and Europe due to the invasion of Ukraine.

The US has urged other nations to reduce their reliance on Russian energy, a move that the Biden administration said would deprive Russian President Vladimir Putin of the funds he needs to continue waging war in Ukraine.

The European Union has similarly urged its members to split from Russian oil, coal, and gas, with European Commission President Ursula von der Leyen saying that EU countries “simply cannot rely on a supplier who explicitly threatens us.”

Afghanistan is not the only country to have boosted its energy imports from Russia. Saudi Arabia doubled its Russian oil imports in July, while Cuba started buying Russian oil that same month.