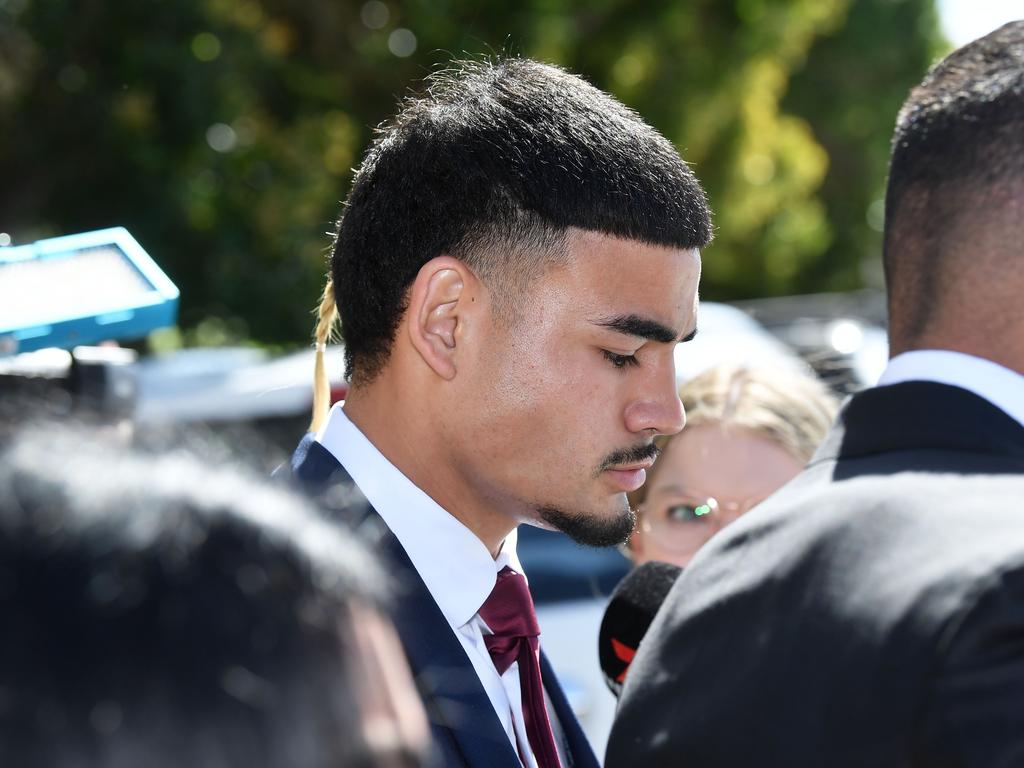 Rising Panthers star Taylan May has been found guilty of assaulting a young fan while celebrating Penrith’s grand final win.

The 21-year-old was with Panthers teammates Nathan Cleary, Jarome Luai and May’s brother Tyrone at Duporth Tavern, Maroochydore on October 8, 2021 when the incident occurred.

During the hearing, the court heard Cleary had approached an 18-year-old man who had earlier taken a video of him and wanted it deleted.

CCTV footage presented to the court showed May walk up behind the man while he was talking with Cleary and Tyrone May.

He can then be seen grabbing the man by the collar of his shirt and pulling him to the ground.

The man struck his head on the floor during the altercation and suffered a sprained neck.

May pleaded not guilty to the charge of assault occasioning bodily harm.

Magistrate Matthew McLaughlin on Wednesday labelled May’s actions “reprehensible” and “cowardly”. He ordered him to pay $1000 in compensation to the victim and a $1000 fine. He did not have a conviction recorded against him.

May was not stood down by the Panthers following the incident or during the court proceedings.

“Panthers worked closely with the NRL Integrity Unit throughout the duration of the legal process, and the club will continue to do so,” a club statement read.

“The club will make no further comment on the matter at this time.”