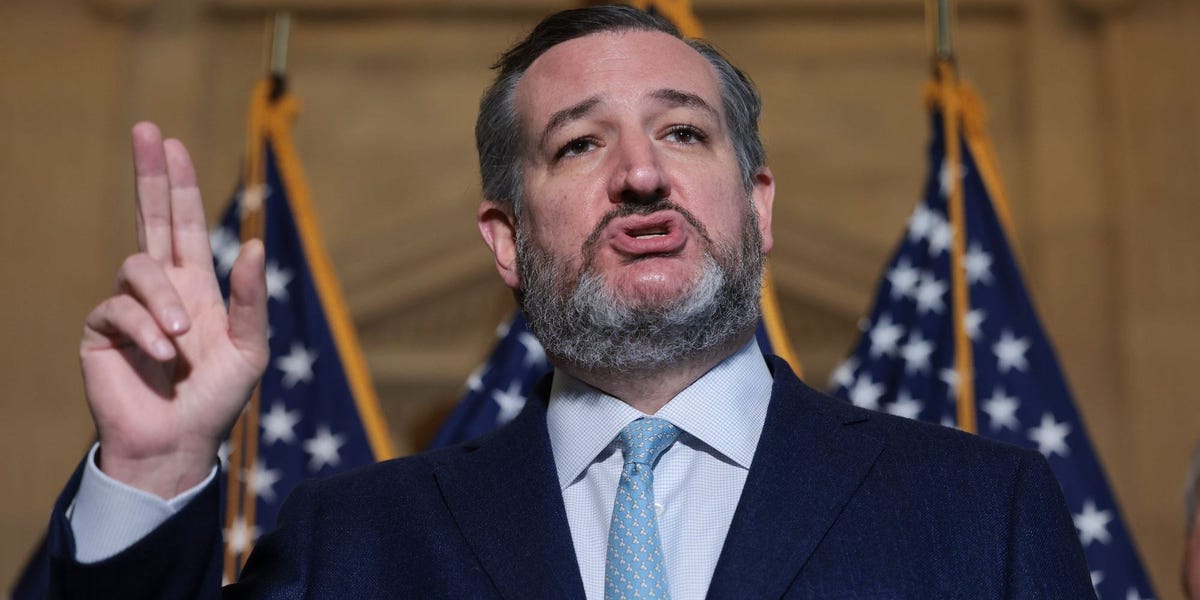 A group of Republican senators pressed the Department of Justice to block the creation of a federal no-fly list of disruptive passengers since it would be unfair to people who break mask mandates.

They noted that most of the recent uptick in unruly behavior on planes was down to people not obeying mask rules, and said it would be unfair to punish them with a flight ban.

The letter was signed by eight GOP senators, including Ted Cruz of Texas, Mike Lee of Utah, and Marco Rubio and Rick Scott of Florida.

They argued that systematically blocking anti-maskers from flying would be excessive given that prior no-fly lists are limited to terror suspects.

In the letter they urge Attorney General Merrick Garland to reject a request from Delta Air Lines CEO Ed Bastian to create the no-fly list.

The senators said: “the majority of recent infractions on airplanes has been in relation to the mask mandate from the Transportation Security Administration (TSA).”

“While we strongly condemn any violence towards airline workers, there is significant uncertainty around the efficacy of this mandate,” they continue, and note that a previous no-fly list was created in response to the 9/11 attacks.

“Creating a federal ‘no-fly’ list for unruly passengers who are skeptical of this mandate would seemingly equate them to terrorists who seek to actively take the lives of Americans and perpetrate attacks on the homeland.”

Bastian’s request follows a surge in attacks by passengers on flight attendants, airport officials and other travellers.

According to data from the FAA, 72% of the total 5,981 disputes in the air during 2021 were over mask rules. The incidents have continued into 2022, with another 255 mask-related disputes recorded as of February 8.

Airlines have reacted by introducing their own restrictions, and the FAA has introduced a zero-tolerance policy and steep fines for those found to have disrupted flights.

But the biggest carriers want a coordinated strategy from the federal government to help keep violent passengers off planes in the first place, Bloomberg reported this week.

Republicans have long encouraged opposition to mask-wearing and other rules meant to slow the spread of the coronavirus.

High-profile conservatives, including Fox News hosts, have sought to undercut the scientific basis for the rules, portraying the issue as a struggle over individual liberty.