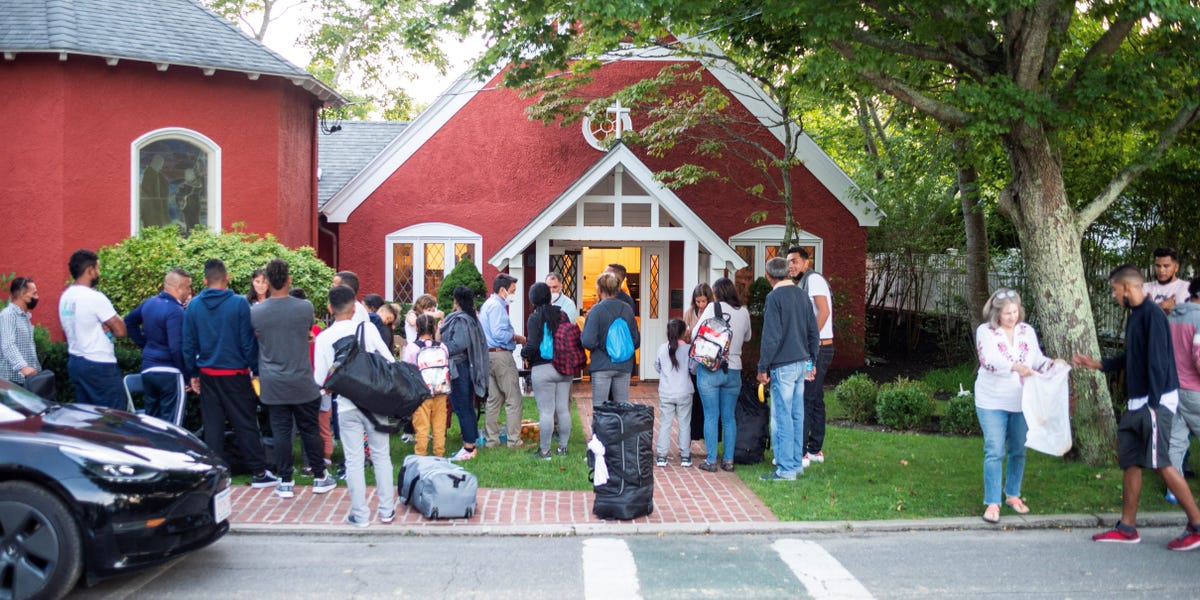 A Texas sheriff says he’s opening a criminal investigation into the transport of migrants to Martha’s Vineyard, saying they were “lured” with “promises of a better life.”

Bexar County Sheriff Javier Salazar, a Democrat, announced the investigation during a news conference on Monday and said he has received names of “persons of interest” in the case.

Florida Gov. Ron DeSantis, a Republican who is running for re-election and is considered a potential 2024 presidential contender, chartered two planes last week to fly about 50 migrants from San Antonio, Texas, to the Massachusetts island in protest of President Joe Biden’s border policies.

The migrants told NPR that they were promised work permits in Boston but ended up in Martha’s Vineyard, and their lawyers on Monday posted photos of misleading brochures they said they received, promising cash and job placement services.

“They were preyed upon,” Salazar said. “Somebody came from out of state, preyed upon these people, lured them with promises of a better life….to just be exploited and hoodwinked into making this trip to Florida, and then onward to Martha’s Vineyard for what I believe to be nothing more than political posturing to make a point.”

On September 14, Salazar said a Venezuelan migrant was paid a “bird dog fee” to recruit about 50 migrants from an area around a migrant resource center in San Antonio, which is in Bexar County. They were “lured under false pretenses” to stay at a hotel for a couple of days, flown to Florida, and then eventually flown to Martha’s Vineyard for “little more than a photo op” and then they were “unceremoniously stranded.”

Salazar said what “infuriates” him about the case is that these people were already on hard times and they had every right to be where they were, he said. The migrants presented themselves to US authorities and were seeking asylum status, the Miami Herald reported.

At this point, he couldn’t say what statute had been broken, “but what I can tell you is it’s wrong. Just from a human rights perspective, what was done to these folks is wrong,” he said. He did not mention DeSantis by name.

Salazar said he has not heard from the White House about this case, but he would welcome their help “because truth be told, there’s going to need to be some coordinating.”

There’s a “high possibility” that laws were broken in his county, and he said “there may also be some parallel laws being broken on the on the federal side.”

DeSantis spokeswoman Taryn Fenske, responding to the investigation, tweeted: “Immigrants are more than willing to leave Bexar County after being enticed to cross the border and ‘to fend for themselves.’ FL provided an opportunity in a sanctuary state w/ resources, as expected – unlike the 53 who died in an abandoned truck in Bexar County in June.”