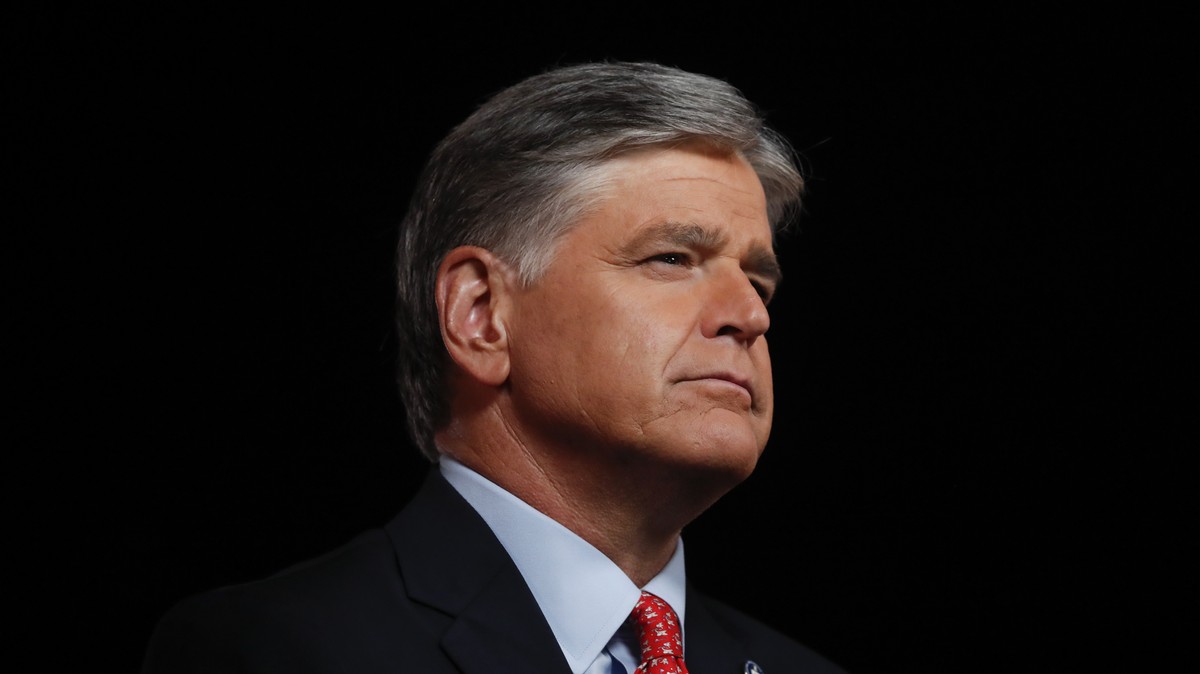 The texts Hannity sent that day, and on Jan. 6 itself, were detailed in a Tuesday letter to Hannity requesting his voluntary compliance with the Jan. 6 committee, and not a formal subpoena the likes of which have been issued to Trump confidants like former White House Chief of Staff Mark Meadows and Trump strategist Steve Bannon.

In texts he sent to Meadows and others before the riot, Hannity is transparently worried about the ongoing effort within the White House to subvert the election results. “I do NOT see January 6 happening the way [Trump] is being told,” Hannity texted Meadows on December 31, 2020. (Before Meadows stopped complying with the committee, he’d already turned over thousands of pages of documents.)

Instead, Hannity said, Trump “should announce [he] will lead the nationwide effort to reform voting integrity. Go to [Florida] and watch Joe mess up daily. Stay engaged. When he speaks people will listen.” In other words, Hannity was encouraging Trump to accept defeat and leave the White House in peace.

On Jan. 5, the night before Congress was set to meet and certify President Joe Biden’s election as president, Hannity texted Meadows: “Im very worried about the next 48 hours [sic].” And as the riot was taking place, Hannity texted Meadows imploring him to get Trump to “ask people to leave the Capitol,” according to text messages previously released by the committee.

On the night of Jan. 6, Hannity opened his show by condemning the riot. “Those who support President Trump and believe they are part of the conservative movement in this country, we do not support those who commit acts of violence,” Hannity said.

Hannity isn’t the only Fox News host who was in direct communication with the White House during Jan. 6: Text messages released by the committee last month show Brian Kilmeade and Laura Ingraham also pleading with Meadows to get Trump to do something about the riot.

But Hannity has long been known to have a close relationship with Trump that has extended into an informal advisory role, even as he hosts a political show on cable news that attracts millions of viewers every night. Hannity has appeared with Trump at campaign rallies, and documents released as part of the Mueller report show former Trump campaign chairman Paul Manafort describing Hannity as a “backchannel to the President.”

The letter to Hannity was signed by Democratic Rep. Bennie Thompson and Republican Rep. Liz Cheney, the committee leaders, and refers to Hannity as a “fact witness,” alleging he “had advance knowledge regarding President Trump’s and his legal team’s planning for January 6.”

After the events of Jan. 6, Hannity stayed in contact with the White House, including, apparently, with Trump himself. In a Jan. 6 text to Meadows and Rep. Jim Jordan, Hannity wrote: “He can’t mention the election again. Ever. I did not have a good call with him today. And worse, I’m not sure what is left to do or say, and I don’t like not knowing if it’s truly understood. Ideas?”

Hannity’s lawyer, Jay Sekulow—who served as Trump’s personal attorney during the Mueller investigation—told Axios, which first reported the letter, that “any such request would raise serious constitutional issues including First Amendment concerns regarding freedom of the press.”

The Jan. 6 committee’s letter goes on to say that “our goal is not to seek information regarding any of your broadcasts, or your political views or commentary. We have deep respect for the First Amendment to our Constitution. As we detailed above, you appear to have factual information directly relevant to the events of January 6th and the attack on the institutions of our democracy.”

“We have no doubt that you love our country and respect our Constitution,” Thompson and Cheney wrote. “Now is the time to step forward and serve the interests of your country. We thank you in advance for your cooperation.”