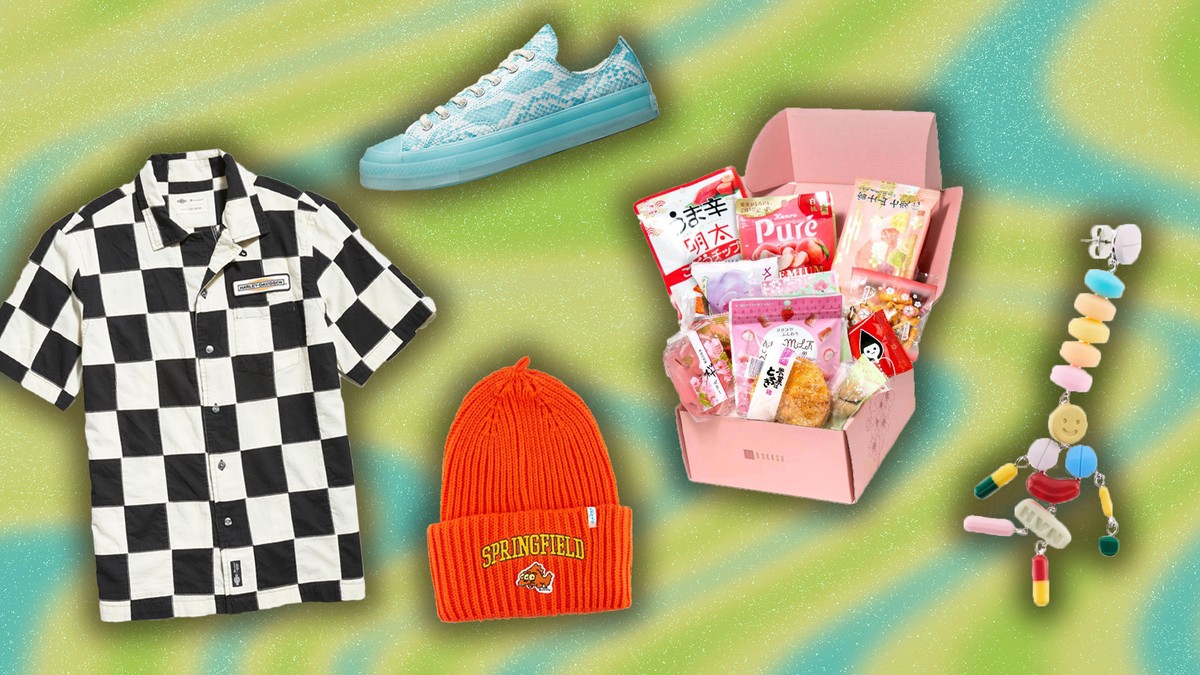 Cowboys love to say that “This town ain’t big enough for the both of us,” and they may be right, but you know what is big enough? Malls. Seriously, a choice mall will have something for everyone. We can’t think of one mall that couldn’t seduce even the hardest of ranch bros with a special treat from the Fred Segal denim bar, and all that drama from The Western Code could have been chilled way the hell down by a day of eating Dippin’ Dots, buying some sick new Converse kicks, and eating some aphrodisiac gummies. Everyone wins!

The perfect shopping day is a great equalizer of vibes, serotonin, and [loads T-shirt cannon] sweet ‘fits. While we may not be able to whisk you away to the Santa Monica Promenade, or even that one mall from Bad Santa, we can do you one better: We’re bringing the tightest designer drops and collabs straight to your eyeballs through the glory of online shopping (the world’s biggest mall??) by curating the best new launches from our favorite heritage denim brands, Japanese snack box companies, and more. Last week’s launches were filled with springtime sex toys and Always Pan attachments to carry us through the end of winter, and this week’s offerings upped the warm weather ante with collabs from Harley Davidson x Todd Snyder, The Simpsons x Levi’s, and your mom (hey, we can dream). Read in for the best new apparel and product releases that are coming to a virtual smoothie stand near you.

Tyler, the Creator has teamed up with Converse to create his first-ever Chuck 70 low top, and he’s given the sneaks his signature pastel color treatment—only, this time with even more spice, as the brand’s signature canvas has been replaced by a sleek, snakeskin-textured leather.

Vroom-vroom, daddy! (Oops, wrong AIM chat.) Harley-Davidson, as in the makers of those big and burly motorcycles, has collaborated with American fashion designer Todd Snyder on a collection of nostalgic, self-referential, Americana-spirited (in a cool way, not a gross way) pieces that we will definitely be wearing to the biker function, our Hinge dates, and the tractor pull this summer.

Once you’ve finished licking the donut from your lips, prepare to drool over Levi’s collaboration with The Simpsons, which not only features some of your favorite characters from the show on premium denim and corduroy ‘fits, but is a clear sign that we should all be wearing that iconic, “Doh!”-inducing shade of Simpsons yellow.

Marc Jacobs takes us back to 90s Heaven

The Heaven by Marc Jacobs line is clear about its influences: 90s indie flicks from Gregg Araki and Sofia Coppola; teenage ravers; the My So-Called Life era and all its romantic tension. The collection had a huge drop of new treats this week, including a collab on wild ‘n’ crazy knitwear with Nong Rak, “vitamin” jewelry we wanna eat, and this amazing puffer jacket emblazoned with a photo by Ed Templeton, the pro-skater-turned-photographer known for his street shots and especially his images of people kissing. Pucker up.

It’s easier than ever to order Asian groceries and snacks online in the United States, thanks to sites such as Bokksu, which offers subscription boxes of Japanese snacks and teas, as well as an entire grocery site extension so you can load up on all the strawberry Kit Kats and Calbee potato chips of your dreams. In honor of the upcoming cherry blossom season, Bokksu is launching a limited-edition Sakura Season Snack Box filled with 22 springtime treats including Kanagawa Sakura jelly, baby pink Sakura mochi, Spring Gold green tea, and more.

Now that we think about it, it makes so much sense to have Brooklinen—the brand that makes some of the most beloved bedding on the web—also make the most luxurious beach towels, because why shouldn’t you feel utterly cozy on the beach? These babies are made with designs by Brooklyn-based artists and fashioned out of both velour and terry cloth at 600 grams per square meter, which means you can expect them to have that nice, thick weight that is so coveted when it comes to beach towels. No wonder they’ve sold out for two years in a row.

Posh Spice never sleeps, folks. Victoria Beckham and Melanie C Reebok have joined forces again to give us more fresh sweats, sneakers, and ~jumpers~ that would look just as stylish on you at the martini bar—pair ‘em with some little gold jewelry and [ascends Girl Boss throne] a bold red lip—as they would be coddling your sweet peach on the couch.

Does the perfect white T-shirt exist? We went on a self-inflicted quest to find the best, most Cameron Poe-worthy white tank tops out there, and will have to add the latest high-neck tank from Urban Outfitters’ KOTO basics collection to the mix. It looks like the more affordable cousin of this tank top by The Line by K, but with even more colorways. Plus, all KOTO pieces are made from responsibly sourced and recycled materials.