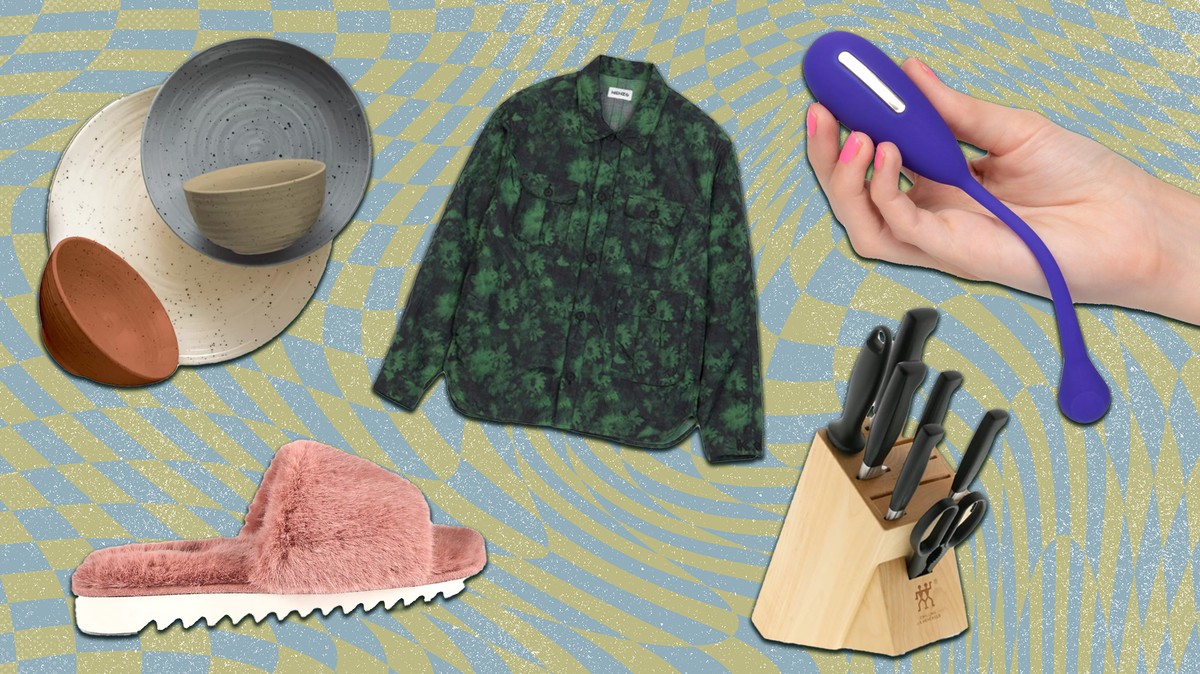 Stupid-hot deals on all of our favorite stuff.

It’s been a good ride, friends and loyal readers, but even though it pains me to tell you this, I must: This is the last and final installment of the International Day of Deals. Yep, because starting Monday, federal trade advertising regulations will expire, forcing most companies to cease all sales, deals, discounts, and promotional activities. That means you won’t be able to find any more serious savings or massive mark-downs anywhere you look.

But also, April Fools! We’d never let that sort of thing happen, citizens—not with our massive lobbying team fighting for you down in Washington. (Read: A staff writer camped outside the White House.) (Not really, though.)

Last week, we picked up some sweet steals on designer clothes from Nordstrom Rack—one of our fave places to get stoned and shop for cashmere sweaters, candles, and chinos—some super-rad outdoor furniture from Society6, and an industrial-chic dining table on which to serve our closest friends negronis and (or with) bone marrow.

This week, we’re donning our April Fools silly goose gear, telling our mothers that we’re calling from a jail cell, and giving everyone we care about miniature heart attacks with the most jaw-dropping, unbelievable, this-must-be-a-prank deals and steals on the web. Take a scroll down to Savingsville, USA and check out the big savings we found on hoverboards, wedding season essentials, top-of-the-line denim, and much more.

Sick of Uncle Sam whispering sweet nothings into your ear as he slides his greedy, slimy, tax-collecting paw into your back pocket? Same, but whether you like it or not, he and his army of nerds at the ol’ IRS are coming on April 18—a date better known as Tax Day. If you’re self-employed, an independent contractor, freelancer, small business owner, sole proprietor, or consultant, you should snag this software ASAP, while it’s 20% off.

You’ve seen people zooming around on these bad boys before, and while you likely pointed at them and called them some sort of nerd-based derogatory term, we all know you’ve always wanted to try this Segway Ninebot S-Plus Smart Self-Balancing Electric Scooter out. With a max speed of 12.5 miles per hour, you can travel up to 22 miles on this sucker after a single full charge—and you can save 20% right now.

Oh, hooray—wedding season is back. Not enthused enough? Our bad. Don’t get us wrong, we’re quite happy for our friends and family who are tying the knot, but wedding season also means wedding registry season, and after your third or fourth coffee grinder or cast iron purchase, it adds up. That’s why you should snag as many items from Verishop’s Wedding Sale as you can while they’re marked down. We’re talkin’ everything from 30% off knife blocks to 20% off cheese knives, 23% off Staub skillets, and more.

We know they fit perfectly, are finally broken-in, and that they’re your absolute favorite jeans, but it’s time for a new pair, folks. Everlane, one of our favorite online clothing slingers, is offering 25% off denim purchases from March 31–April 2 with code DENIM25FORALL. Pick up a pair while you can and tell all your friends about how you’ve been doing some spring closet cleaning.

KENZO (and Givenchy) swag is majorly marked down at Nordstrom

It’s always a good idea to give your wardrobe a zhuzh, and Nordstrom knows that, clearly, with its big savings on designer apparel. These patterned, nature-focused pieces by KENZO are the perfect addition to your spring clothing arsenal—and they’re both 60%—plus an extra 25%—off right now.

Of course, you’ll also need some 50%-off, Croc-esque Givenchy slides to round out the ‘fit.

The inimitable Saks Fifth Avenue is offering up to 75% off for its Fashion Flash Event until tomorrow, so act fast and snag these Heron Preston Washed Camo Heron Jogger Pants—over $500 off—and a pair of these Rag & Bone Eira Faux Shearling Slides (over $100 off) before they sell out.

Sex toys are on sale over at Ella Paradis

Oh Ella Paradis, we haven’t enough words or time to adequately sing your praises. The heavyweight sex toy retailer is always having some sort of ridiculous sale, and right now, shoppers can get up to 45% off these vibrators, kegel balls, electro-stim toys, and 50 Shades of Grey rabbit vibes (which actually slaps) while supplies last. Good vibrations all around.

A dinnerware set from Wayfair

No more pandemic-based excuses: Your parents are coming over, and they’re going to judge the shit out of your apartment. Instead of having them suggest you go to law school for the hundredth time, dispel all of their worries that you’re squandering your youth by serving them up a meal on this beautiful dinnerware set that’s 23% off right now.

See you in seven days, deal-lovers.