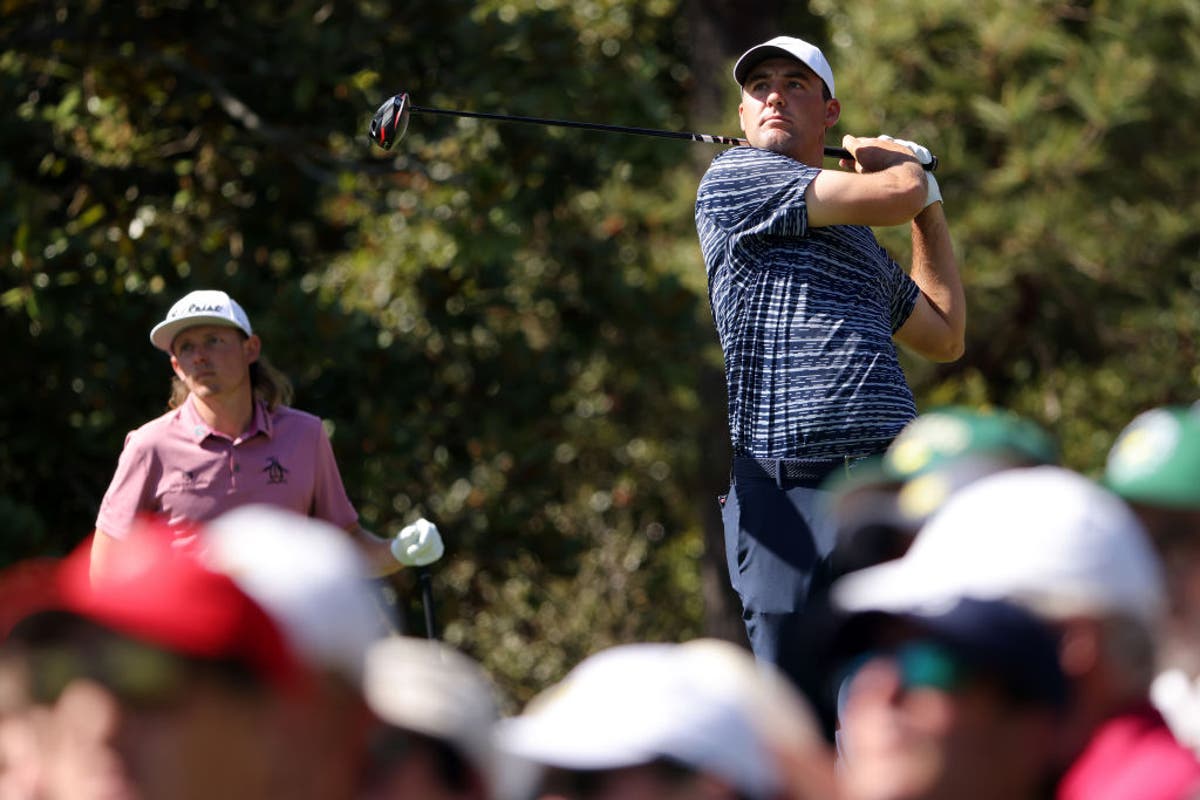 Follow live updates from the final round of The Masters as Scottie Scheffler aims to win a first major title and cement his status as World No. 1 at Augusta National. Scheffler takes a three-shot lead into the last day after reaching -9 thanks to a round of 1, but a late stumble at the 18th hole has opened the door to Cameron Smith who shot a suberb 68 to emerge as the leading challenger.

Both players arrived at Augusta in excellent form, with Scheffler winning three of his last five starts and Smith recently claiming the Players Championship, and the American was set to take a commanding lead into the final day before finding the trees and making a bogey at the final hole. Sungjae Jim is five shots behind Scheffler in third place while Shane Lowry and Charl Schwarzel came into the final day a further shot off the pace.

Danny Willett, Rory McIlroy, Collin Morikawa and Dustin Johnson will be looking to stay in the top ten, but are surely too far behind to mount a challenge. Elsewhere, Tiger Woods will close his remarkable return to The Masters after making the cut for the weekend. He shot a 78 on Saturday to fall away from contention but the five-time Masters winner remains one of the stories of the week following his comeback from a near-fatal car crash.

Follow live coverage and latest scores from the final round of The Masters below:

Scheffler sent his drive at the 17th wide to the right but has chipped back to safety and onto the fairway as he closes in on the green jacket.

Scheffler makes his par at 16 after finding the green and making his two-putt with little fuss. Smith gets a well-earned birdie to move to -5.

Scheffler, with a four-shot lead, goes for the par-5 15th in two! It’s bold, but he makes it over the burn. He’s in a great position for a further birdie.

And that’s just what he gets. Scheffler is rewarded for his bravery and is now five shots clear of McIlroy with three to play.

He’s making this look easy! Scheffler extends his lead with a birdie at the 14th, as Smith falls away with a bogey.

Lowry has now joined Morikawa in a share of third after making birdie at 15.

Rory McIlroy, speaking to Sky Sports, asked if that was his best experience at Augusta:

“By far. I got off to a great start today and I kept it rolling. I knew I had to have my best round here to have a chance.

“I just wanted to post a number. I feel like I was playing well this week and we finally had the conditions were you could shoot for it. I made shots, made putts. I’m getting the hang of this place after 14 years of trying. Whatever happens today, I’ll keep trying.

Just look at this. The way he uses the green after aiming so far right. One of the greatest shots in the histroy of the Masters!

Somehow, his playing partner Morikawa also holed out from the bunker. He has a share for third, alonside Smith!

McIlroy has just birdied the 18th from the bunker! He finishes with a 64, the lowest final round in Masters history, just one shot off the course record at Augusta!

He is three shots clear of Smith in second place, three behind Scheffler!

One of the greatest rounds in Masters history and he wasn’t even in contention! It has at least given Scheffler something to think about.

And with that, Scheffler leaves a birdie putt at the 13th high…

Smith, at the par-5 13th, flirts with the water again as his second shot just about holds up on the fringe of the bank.

Scheffler has laid up but there was not nearly as much jeopardy in his approach.

Smith knew this is where it was heading after finding the water. After that stunning birdie at the 11th, his hopes have surely gone now.

Scheffler still had eight feet to go for par after his ultra-safe tee shot but makes it. Smith is six shots back now and McIlroy is Scheffler’s closest competitor at -6.

McIlroy can’t find the slope on the 16th green to get the ball to run back towards the hole. He gave the birdie putt a shot and makes the par save, but remains -6. Just two holes to go – and his drive at 17 has not helped.