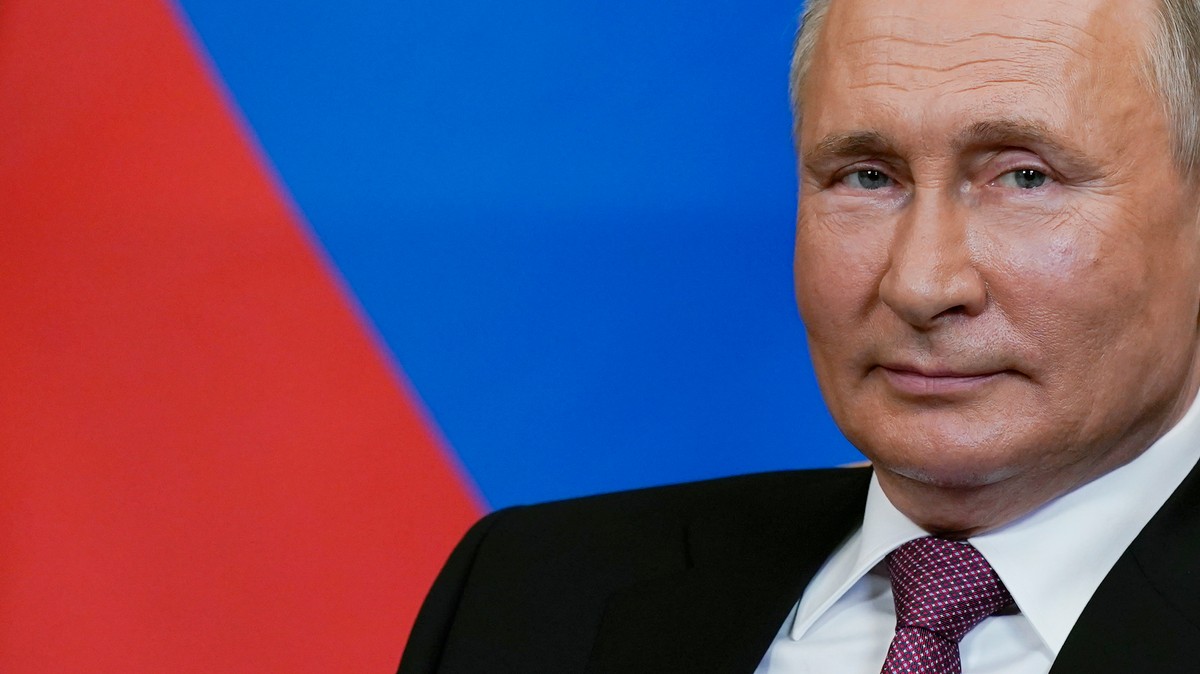 The throw-back conspiracy theory known as the “The New World Order” is enjoying a renaissance, thanks to the proliferation of fringe narratives on social media that casts Ukraine as a pawn in a nefarious scheme by a cabal of global elites.

This theory went gangbusters earlier this week, when conspiracy theorists pounced on an offhand remark made by a Ukrainian MP during an interview with Fox News. “We not only fight for Ukraine, we fight for this new world order for the democratic countries,” Kira Rudyk said in the interview, which aired Monday.

The “New World Order” conspiracy—sometimes referred to as NWO (not to be confused with the pro-wrestling group)—has deep roots in American conspiracy theory culture. For decades, those three words have evoked all manner of dystopian horrors—including forced depopulation programs, a secretive ruling class of reptiles, and “elite globalists” on a satanic mission to bring about the “end times.”

With the world’s eyes now on Ukraine, Russia and Eastern Europe, some conspiracy theorists are promoting the “New World Order” theory to discredit widespread support for Ukraine,  claiming that the embattled nation is at the center of a global technocratic cabal, which has infiltrated Western democracies. This narrative is also being used to shore up support for the increasingly unpopular Russian President Vladimir Putin; one recent poll found that 74% of Americans believe his invasion of Ukraine is “unjustified.” (Six percent said it was justified, 20 percent “weren’t sure”).

In these conspiracy theory version of events, former actor and comedian Volodymyr Zelenskyy, who was democratically elected Ukrainian president in 2019, is actually a “New World Order” puppet, installed so that “globalists” can protect their interests. Meanwhile, Putin is cast as a good guy, on a noble mission to counter the New World Order. This narrative has overlapped with some of the QAnon channels, which have claimed Putin was invading Ukraine to eradicate U.S.-run biolabs, VICE News reported earlier this week. (That claim, first spread by Russian state-run media, has been widely debunked). Some have suggested that the conflict in Ukraine is a false flag to distract the world from an ongoing depopulation program, conducted via administering COVID-19 vaccines.

This week, references to the “New World Order” blew up on some of the large Telegram channels dedicated to the “freedom convoy” movement that started in Canada in January and then inspired an offshoot in the U.S. (which is currently making its way to D.C.). The phrase has been mentioned nearly 40 times on one channel with over 33,000 subscribers since Monday (by comparison, the phrase was mentioned around 19 times between Thursday and Sunday).

“Vladimir Putin is a traitor to the NWO!” someone else wrote in another convoy channel. “That’s why we like him.”

References to the “New World Order” or “NWO” are also all over TikTok in relation to the conflict in Ukraine. One TikToker, who describes herself as a “psychic life coach” and “spiritual badass,” says that “for hundreds and even thousands of years, elites and globalists have tried to enslave humanity.

“Keep your head up and know that everything that is happening now, is happening for a reason,” she says to the camera. “Stay unified and strong and don’t let the globalists try and control us.”

The phrase trended on Twitter earlier this week, after that clip from Rudyk’s interview went viral.

One guy tweeted a photoshopped image of Putin, shirtless, riding a unicorn over a rainbow. “Putin is on the side of good,” he wrote. “The side who is trying to wipe out the evil people in this world and put an end to the New World Order agenda.”

The phrase “new world order” does have legitimate meaning in the context of geopolitics. It was used during and in the aftermath of World War I, when idealistic leaders looked to devise systems of international governance to prevent future conflict. That resulted in the formation of the League of Nations in 1920 (which ultimately failed when World War II broke out), and later, the United Nations and the North Atlantic Treaty Organization (NATO).

The language has also recently been recycled by experts and pundits warning that Putin’s invasion of Ukraine could signal the dangerous beginning of a “new world order.” Fox News ran an op-ed with the headline, “Russia-Ukraine war preview of new authoritarian world order.’ The Washington Post also ran a column with similar language, “Putin’s assault on Ukraine will shape a new world order.”

These references are fueling a buzz among far-right conspiracy theorists, who are latching onto whatever they can to build momentum and legitimacy behind their false claims.

“There’s a generic New World Order conspiracy, and then there’s a more specific version of it used by certain right-wing extremists,” said Mark Pitcavage, senior research fellow at the ADL’s Center on Extremism. “The more generic version is that it’s a shorthand reference to some sort of vague left-wing conspiracy, where the ‘elites’ are trying to manipulate nations and individual actors for their own nefarious ends.”

Fundamentalist Christian interpretation of the Book of Revelations viewed the “New World Order” as a satanic cabal, determined to bring about the “end times.”

The more specific iteration of this conspiracy evolved within the militia, and broader patriot or anti-government movement, of the 1990s. Pitcavage said that in the 30 years that he’s studied those movements, he’s frequently run into references to a “New World Order.” In this version, the U.S. is already in cahoots with a New World Order conspiracy. “This globalist, socialist, tyrannical cabal that already controls most of the world,” said Pitcavage. “The USA was the last bastion of freedom, but now they’re collaborating with the New World order to strip Americans of their rights, including their right to bear arms.”

For example, far-right state Sen. Wendy Rogers from Arizona (who was censured by her colleagues this week for participating in a white nationalist conference) reeled off a list of names she believes are part of “one big happy New World Order club.” Her list, shared to Telegram on Tuesday, included top infectious disease expert Dr. Anthony Fauci, billionaire philanthropist and Holocaust survivor George Soros, Chairman of the Joint Chiefs of Staff Mark Milley, Mark Zuckerberg, the Clintons, and the Bush family. She also called the European Union “New World Order tyranny.”

Many of those individuals listed by Rogers are often accused of being members of another nefarious cabal, “The Deep State.” This conspiracy, relatively newer, is often used in relation to QAnon conspiracy theories. “It’s used in the U.S., in the context of a domestic conspiracy theory involving ostensibly bad actors,” said Pitcavage. “It originated with the idea of lifelong bureaucratics in government agencies, who had worked to keep the policies they wanted in place, regardless of the desires of a new administration.” Through QAnon, the conspiracy became more elaborate, drawing in a wider array of Democrat-leaning elites.

Given the domestic context and restraints of the “deep state” conspiracy, and with American conspiracy theorists trying to find their place on a global chessboard, the ever vague but reliable “New World Order” is making a comeback.