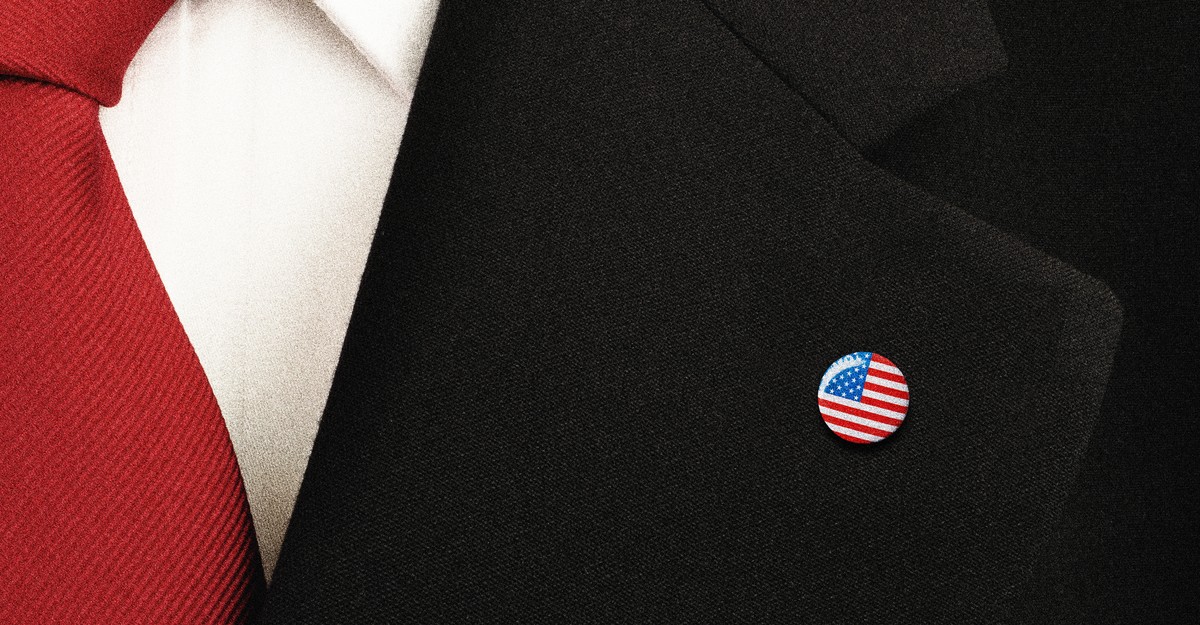 Donald Trump will be remembered as one of the most consequential presidents in American history. On a political level, he attempted to overturn an election—an unusual enterprise for a president—and popularized the idea that democratic outcomes can be rejected outright if you don’t like the results. Oddly enough, however, Trump’s impact may prove more distinctive and perhaps even more lasting on an intellectual level.

Trump had an instinct that something had gone fundamentally wrong in America and felt that his supporters should be angry as a result. And he came to channel that impulse viscerally. That such an anti-intellectual president could provide inspiration for a distinct intellectual orientation is an amusing twist. The struggle to codify Trumpism and transform it into a working philosophy is under way, to mixed results so far. Earlier this week, self-described “national conservatives” descended upon Miami for a major conference of a movement whose members “understand that the past and future of conservatism are inextricably tied to the idea of the nation.” For them, the nation is a distinct cultural unit, whose independence and sovereignty must be jealously guarded against globalists, international institutions, and large-scale immigration. These are not neoconservatives or even just conservatives. For the national conservatives, the George W. Bushes and Mitt Romneys of the world are the problem. And they themselves are apparently the solution.

David Brooks: The terrifying future of the American right

These partisans of the new right have the potential to push through a genuine reorientation of the Republican Party—not just the haphazard shift that Trump touched off. Because America’s winner-take-all electoral system practically guarantees a two-party system, to transform one of those parties will be to transform American public life. The problem for the national conservatives, however, is that they have defined themselves in opposition to something real but have not necessarily defined what they want to do about it.

As president, Trump demonstrated remarkable flexibility and little regard for ideology. Self-interest trumped all. And it was his self-interest to draw a stark contrast with a Republican Party that was long oriented around the ideas of limited government, free trade, comprehensive immigration reform, and neo-imperial adventures abroad. Through bumper-sticker slogans, such as “America First” and “Make America great again,” Trump elevated the nation as a sort of transcendent political community. In doing so, he gave conservatives permission to think beyond the bipartisan assumptions—prioritizing the individual at home and globalization abroad—that had structured postwar American politics. And that consensus, if it wasn’t already dead, was clearly dying.

At least until recently, classical liberalism—not to be confused with the modern American designation of anyone left of center as “liberal”—was the dominant American tradition. At the most basic level, liberalism is the project of carving out rights, which derive from a recognition of the dignity inherent to every human life. Post-liberal movements, including the national conservatives, aren’t, in principle, opposed to individual rights. The issue is that they believe this conception of liberalism exists only in theory.

In practice, liberalism, animated by a belief in human progress, can’t help but shake free of its past limits, demanding more and more for itself over time. And so the project of carving out rights is ongoing and perpetually in motion, extending itself into new areas—including the right to discard traditional conceptions of gender and sexuality and turning aside the views of anyone who objects. This new liberalism, at once a deformation of liberalism and seemingly its inevitable conclusion, is what Senator Josh Hawley in his conference address called “repressive tolerance” and what the Israeli theorist and conference organizer Yoram Hazony terms “woke neo-Marxism.” For Hazony, the effort to recover “the old liberalism” is futile, an exercise in fighting a battle that has already ended. As someone who studies various iterations of post-liberalism and outright illiberalism, I am intrigued but also worried to see a movement like this gaining ground in my own country. Though the new right may be correct about liberal excesses, its solutions are another matter.

Even though Hazony is an Orthodox Jew, national conservatism has a Christian cast. This isn’t a problem for Hazony, who believes that majorities should have the right to define the contours of a nation’s cultural and political reality. The most recent National Conservatism Statement of Principles, which he helped draft, lays this out in some detail:

The Bible should be read as the first among the sources of a shared Western civilization in schools and universities, and as the rightful inheritance of believers and non-believers alike. Where a Christian majority exists, public life should be rooted in Christianity and its moral vision, which should be honored by the state and other institutions both public and private.

The problem, as with all post-liberal projects, is that although highlighting liberalism’s failures is easy and even necessary—I have made many of these criticisms myself here in these pages—devising a viable alternative is much more difficult.

In perhaps the most striking speech at the National Conservatism conference, Hawley called for a “biblical revolution.” But when he explained what this meant to him, it seemed empty of specific content:

I am the rare Muslim who wishes that there was more, rather than less, Christianity in America. But it’s unclear what exactly can be done about this, short of an act of God. The simple fact is that Christian belief and observance have dropped precipitously over the past two decades. So what does it mean for America to reconstitute itself as a Christian nation if a growing number of Americans themselves seem uninterested or opposed to the prospect?

Derek Thompson: Three decades ago, America lost its religion. Why?

Insofar as nationalism is about protecting distinctly national traditions and mythologies, self-respecting nationalists of any faith will understandably seek to elevate Christianity’s role in public life. But if Christianity is what made America great, then surely liberalism, classically understood, was an important part of the story too.

To say that the Bible introduced the idea of the individual is an argument for the Christian origins of the liberal faith, or what Hazony might call “old liberalism.” It is difficult, and perhaps even impossible, to separate the seemingly secular idea of individual rights from the Christian notion of man being created in God’s image, endowed with self-evident, inalienable rights by his creator. In his book Dominion, the British historian Tom Holland writes that “to live in a Western country is to live in a society still utterly saturated by Christian concepts and assumptions.” The revolution Hawley is describing and seems to long for already happened. It is, as he himself suggests, the intellectual revolution that gave birth to modern liberalism—the same liberalism that national conservatives are now lamenting with increasing vehemence.

This vehemence is not, as some critics allege, merely a new ruse for blocking wealth redistribution through tax cuts and deregulation. In actual policy, if not necessarily in rhetoric, the Republican Party has lurched leftward on economic issues. This has led to a modest if somewhat remarkable upsurge in bipartisan cooperation on major spending bills. As the writer James Sutton recently argued, Congress is more functional today than it has been at any point in at least a decade.

Like most things in American politics today, the deeper—and perhaps irresolvable—divides are about culture, meaning, and the nature of the human person. The national conservatives view today’s liberals as woke cultural warriors who pose an existential threat to the nation and its traditions. In this sense, the new right is more concerned with who we are—and who we aren’t—than with what Congress does or doesn’t do. This is not an army of would-be policy wonks.

Coherence or specificity is probably too much to ask for, especially at such an early stage in the development of a conservative countercultural movement. And, for now, it’s just that: a movement. And movements can survive and even flourish as long as they have an enemy against which to define themselves. The national conservatives at least have that, and it’s probably enough to sustain them—for now. Opposition is the first step, but it certainly isn’t the last.