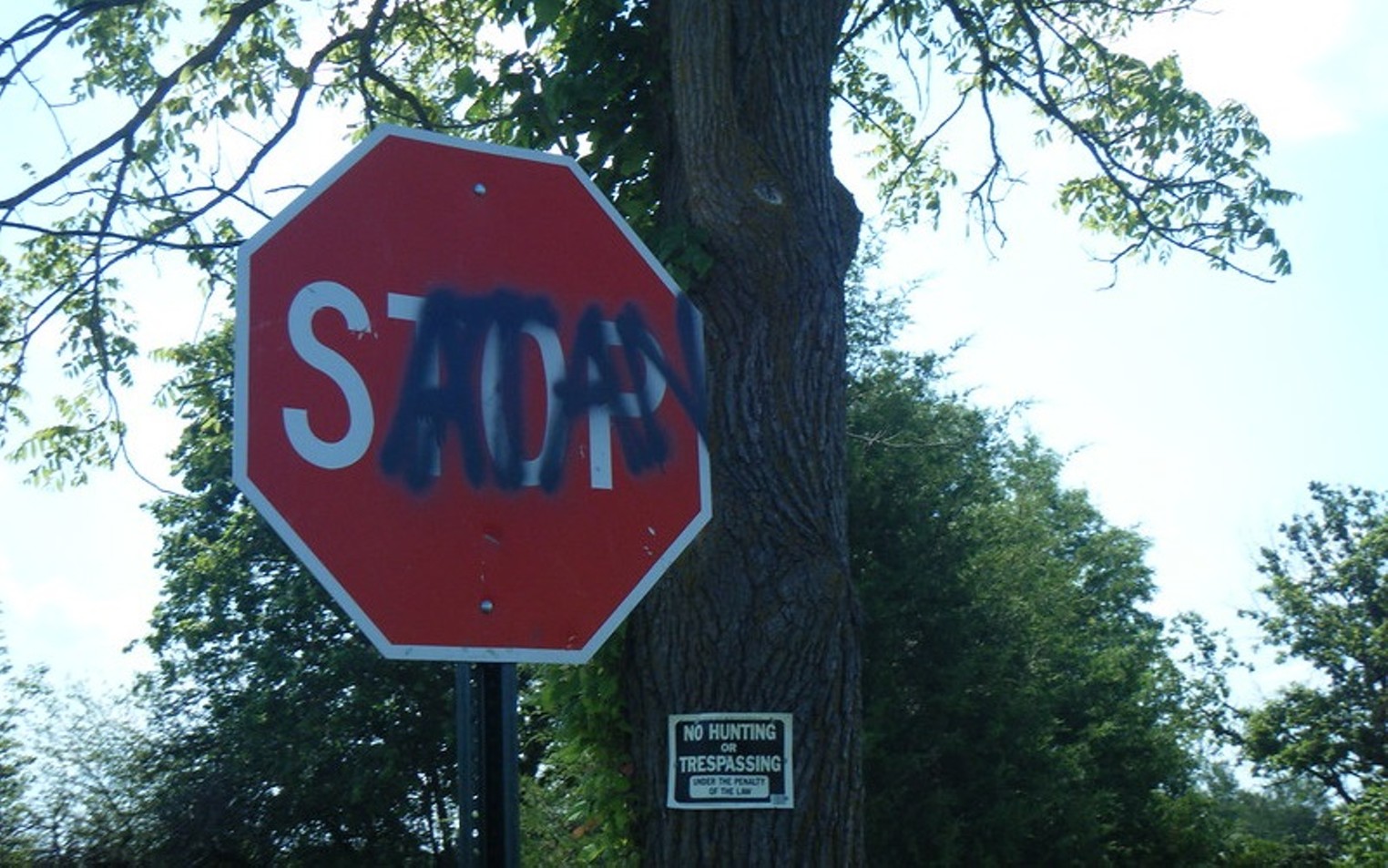 The Satanic Temple, not to be confused with the Church of Satan, has been grabbing headlines for years by saying that it would help protect the right to abortion by claiming it as a religious sacrament protected by the First Amendment. There’s no evidence that their legal theory would do the slightest good, and the organization is deeply problematic.

In the wake of the constitutional right to abortion being overturned by the U.S. Supreme Court and the subsequent full banning of abortion in Texas, it’s not surprising that worried people are looking for a way to fight back. Many of them are finding a home with the Satanic Temple, which announced that its membership has recently passed 700,000. This would put them on the level of Unitarian Universalists in terms of numbers, and there are congregations in Houston, Dallas, Austin and Dallas-Fort Worth.

From the beginning, the Satanic Temple has always been at least half troll rather than a devout expression of faith. It made a name for itself by raising money to build a statute of Baphomet the temple would install on public grounds wherever Christian religious symbols were allowed. They’ve also tried to start after school Satanic reading clubs as another way to thumb their noses are Christian dominance. In less savory efforts, the temple would also desecrate graves to turn people’s souls homosexual in the afterlife.

Still, the rapidly rising tide of religious extremism in the country made such trolling seem like activism. The goodwill of people frustrated by Christian nationalism made a folk hero out of the temple and its founder, Lucien Greaves (birth name Douglas Mesner). The temple filed a lawsuit in 2021 following Texas’ six-week abortion ban.

This has obscured some of the more disturbing aspects of the Satanic Temple. For one, Greaves himself has several links to white fascist ideology. He illustrated an addition of the proto-fascist tome Might is Right by Ragnar Redbeard. The book has since become a seminal white supremacist work. The man responsible for resurrecting Might is Right from obscurity, Shane Bugbee, had Greaves on his podcast in 2003, where Bugbee’s wife claimed Jews exaggerated the Holocaust for political gain with no response from Greaves.

Then there’s Greaves’ association with Marc Randazza. Randazza, a recently disbarred attorney, was consulted by Greaves when the temple sued Twitter for discrimination. Randazza is a minor alt-right celebrity who has defended both Alex Jones and the neo-Nazi website the Daily Stormer. Greaves’ defense of Randazza has caused some congregations to split over association with extremists.

Unfortunately, Randazza’s participation is a good example of just how bad the Satanic Temple is at the law. Jinx Strange at the Luciferian Dominion has done an exhaustive breakdown of how often the temple has failed to win in court and gives particular attention to how poorly conceived the temple’s abortion lawsuit actually is. In short, the temple completely misunderstands how the Religious Freedom Restoration Act works and asks the Food and Drug Administration for permission to store prescription drugs on temple property without the oversight of a physician or pharmacist. The legal “theories” behind their lawsuits are more of rhetorical gotchas that might score points on Reddit, but have consistently handed them losses in nearly every courtroom they’ve appeared in. There’s a reason reputable organizations like the Texas Equal Access Fund have denounced the temple’s efforts.

Then there’s the fact that these lawsuits are used as fundraisers, and that there is not much transparency in how the money is spent. Queer Satanic, a website that has long hosted criticisms of the Satanic Temple, has gathered statements from several former members, including Jex Blackmore who appeared in the film Hail Satan?, saying that there is no clear accounting. Another former member told Newsweek she was ousted from the group after asking Greaves why he was using temple money to fight personal vendettas against Twitter. Nikki Muongo, former head of the St. Louis chapter, says that her requests to have a public reckoning of how the temple’s money is spent were ignored.

To sum up: The Satanic Temple has spent at least a decade trolling the legal system with little success in actually rolling back Christian nationalism. Its leader has a history of lauding white supremacist literature and associating with defenders of outright and admitted Nazis. The legal framework for restoring abortion to Texas involves an ignorant reading of law and a claim that would make every church in America able to act as a pharmacy. The temple raises hundreds of thousands of dollars, and multiple former members say that the accounting is completely opaque.

There is simply no reason to join or donate to the Satanic Temple if restoring abortion access in Texas is the goal.