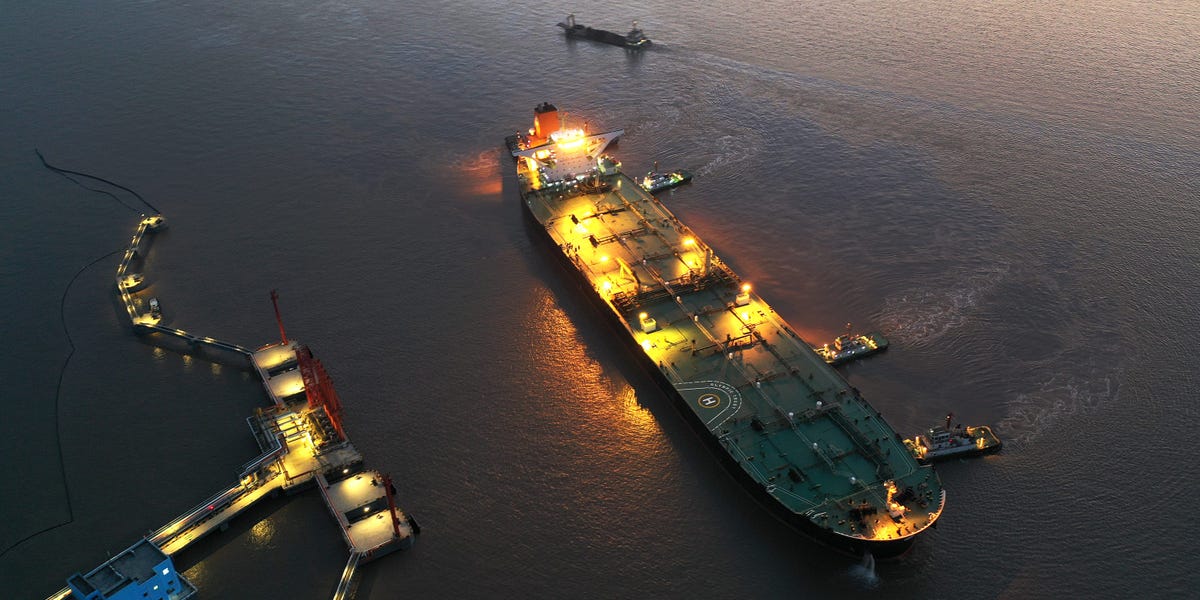 Western governments are dialing down the strength of their sanctions on Russian oil trading as they worry about surging inflation, according to a report.

The Financial Times reported on Sunday that the UK government is holding back from a planned move to ban insurance on ships that carry Russian oil.

It comes after the European Union tweaked its sanctions regime to allow European companies to transact with Russian state-owned enterprises to transport the country’s oil around the world.

Western governments slapped sanctions on Vladimir Putin’s Russia after its invasion of Ukraine in late February. The US has stopped the import of Russian oil, while the UK and EU are phasing in a similar ban.

However, the bans, along with “self-sanctioning” by some global energy companies, have contributed to a jump in energy prices which has driven up inflation around the world.

The FT reported in May that the UK and EU were planning a joint ban on insuring ships carrying Russian oil, citing British and European officials. Analysts said it would be a major blow to the country’s energy sales, given the importance of the London insurance market to global shipping.

However, the newspaper reported on Sunday that the UK is yet to implement the ban, even though the EU has pressed ahead. A spokesperson for the UK’s Foreign Office told Insider: “We won’t speculate on future sanctions.”

Meanwhile, the EU has modified its rules so that European companies can transact with certain state-owned Russia enterprises, such as Rosneft, to get oil to third countries.

However, in late July the EU loosened its rules. An EU spokesperson told Insider that the sanctions now include an exemption allowing transactions with certain Russian state-owned companies “if they are strictly necessary for the direct or indirect purchase, import or transport of oil” to third countries.

“This is in line with combatting the false narrative that EU sanctions cause food and energy insecurity around the globe,” the spokesperson said.

The FT reported that officials in Washington said the US and UK still intend on banning insurance by the point at which the EU’s own ban takes effect in December.

Yet the newspaper said Washington wants an oil price cap in place first. The White House has been leading efforts to reach an international agreement on capping the price of Russian oil, in an effort to reduce inflation in the US and globally.