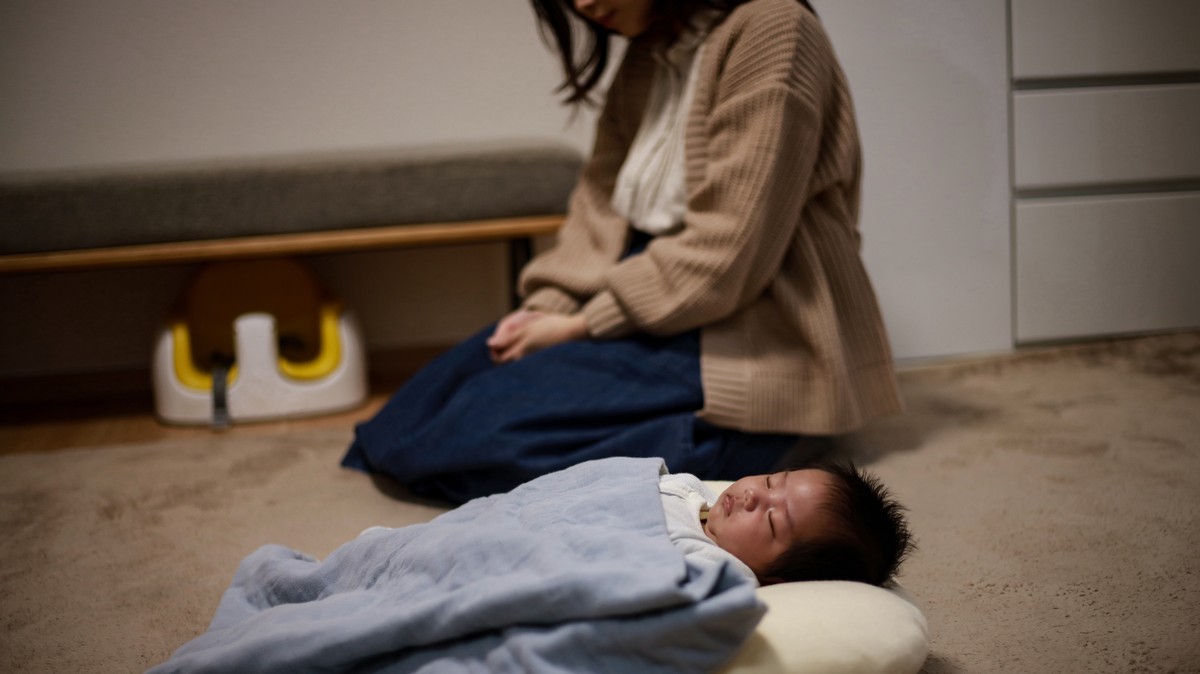 Being single and pregnant is never easy. In Japan, that can be a downright humiliating prospect.

Japanese society looks down on single mothers, often denying them full-time jobs and even rental housing. Parents are ashamed if their daughters are pregnant without being married, sometimes cutting them off entirely. Abortions are largely out of the question—women must get their spouse’s approval for the procedure, an almost impossible feat for single women or victims of domestic violence.

Most of them would end up giving birth to their children. But in extreme cases, desperation has driven women to the unthinkable: abandoning their newborns—or worse.

In 2019, a young woman whose doctor told her she couldn’t get an abortion suffocated her baby in an airport bathroom in Tokyo. Then in May, a 29-year-old woman was arrested for leaving her newborn in the toilet bowl of a love hotel, its umbilical cord still attached.

Harrowing cases like these have made national headlines for years and helped motivate Takeshi Hasuda, a gynecologist, to start Japan’s first and only service allowing people with unintended pregnancies to give birth confidentially and put their babies up for adoption. In May, it welcomed its second baby born to an anonymous mother.

“The mother told us that if she didn’t have the option of giving birth anonymously, she likely would’ve killed herself along with the baby,” he told VICE World News.

Hasuda is the head gynecologist at Jikei Hospital in Japan’s southern prefecture of Kumamoto. In 2007, the hospital founded one of Japan’s first baby hatches, which allowed women to drop off babies anonymously.

In 2019, he took the idea a step further by allowing women to come into his hospital to give birth anonymously so they wouldn’t have to risk giving birth alone at home. A year before, a 25-year-old woman gave birth in a comic book cafe and killed her newborn, a tragedy that spurred Hasuda to provide the service.

Patients who choose confidential births bear no medical costs and are only asked to share their name and identification with one staff member. Their newborns are taken to adoption agencies.

“In order to protect and preserve the life of a baby, we will grant anonymity to the birth mothers,” Hasuda said.

Hasuda took inspiration from Germany’s own confidential birth system, which similarly allows women to give birth anonymously in a medical environment. Healthcare workers have praised it as a lifesaving way to help women who are in crisis and those who don’t have access to traditional support systems. But unlike in Germany, in Japan, the service is not governed by any legal framework, raising concerns about the children’s future.

Women’s rights advocates in Japan believe Hasuda’s service is only necessary because the country has some of the most restrictive policies toward abortions among developed economies.

Women are only allowed to get abortions up to 22 weeks of pregnancy and must also get spousal consent, making Japan one of at least 11 nations that still require such approval. Though victims of domestic violence are exempt from the rule, doctors have been known to shame women for their pregnancy and their inability to get their husbands’ consent to have an abortion.

“In order to totally eliminate victims of infanticide and women who give birth alone without any medical assistance, proper legislation is needed—that’s what I’m working towards,” said Takae Ito, a Japanese politician who’s been calling on the government to legalize confidential births.

Hanaco, a 39-year-old single mother, said she would have considered using Hasuda’s confidential birth system had it existed when she had her son five years ago.

They kept looking at me like I was some unusual thing.

Requesting the use of only her first name for her privacy, Hanaco said she was afraid and ashamed to tell her parents she was expecting. She would need to explain she was to raise her child on her own—her partner of seven years left her after learning she was pregnant. Hanaco was also worried she didn’t have enough money to raise a child on a single income of about $2,300 monthly, she said. The median household income in Japan then was about $3,600 a month.

“I really considered giving my son up for adoption because I didn’t have much money and I couldn’t give him a good life—I wanted to put my child’s happiness first,” she told VICE World News.

The stigma of raising a child alone also scared her, and the weight followed Hanaco even to the hospital she gave birth in. “At the hospital, the nurses would keep asking me what kind of person my partner was or what he did for a living, and just bombarding me with questions,” she said.

“They kept looking at me like I was some unusual thing,” she added.

Hasuda said people like Hanaco are exactly the kind of patients who would benefit from giving birth anonymously at his hospital, which also offers traditional obstetrical and pediatric care.

At least eight women have contacted him about the confidential birth system he offers. All are victims of abuse or have intellectual disabilities and couldn’t see how they could raise the child, Hasuda said.

“Even before they got pregnant, they were facing extreme hardships that the average person might not go through,” he said.

“For them, they don’t feel like they have a choice in the matter—giving birth anonymously is the only thing they can do.”

But the absence of postnatal support for women giving birth anonymously in Japan makes some doctors wary.

“It sounds like a good system at first, but what these women also really need is support after they give birth—instead, they’re checking out without even leaving their name,” Kanako Inaba, a gynecologist and a mother to four kids, told VICE World News.

“But with no proper access to this help once they leave the doors of a hospital, women might find themselves in a similar position again, where they have an unwanted pregnancy and have no other options,” she added.

The lack of a legal framework could also spell trouble for the child.

Normally, when a baby is born in Japan, a hospital must provide a birth certificate to go with a birth registration form with the birth parents’ name on it. Parents are required to submit the information to the government to add the child to a national family registry, the only system that notarizes a person’s kinship and their Japanese nationality.

But the government doesn’t accept filings without the mother’s name. Hasuda managed to convince the local authorities to accept the blank birth documents from his patients, but such anonymous births must by law be reported to child welfare centers across the country, which will launch an investigation to search for the birth mother.

“From the birth mother’s point of view, that’s not what she was promised. She was supposed to be guaranteed anonymity, but instead the government is going through all this trouble to find out who her relatives are,” Hasuda said. To respect these women’s wishes of remaining anonymous, he said he won’t submit the birth reports.

The first baby Hasuda delivered through the confidential birth system, who was born in December, is still in an infant home. The hospital hasn’t decided whether the baby should go into foster care or an orphanage.

In response to Hasuda’s lobbying for a legal framework, the Japanese government in May said it was drafting new guidelines on what to do with babies born through the confidential birth system. Hasuda said he is working with officials to speed up the process.

Hasuda concedes that he hasn’t figured out how to ensure babies go to the right facility without jeopardizing the birth mother’s identity, but he believes what he offers fills an important need.

“Giving birth at home alone can be extremely dangerous for these women—that’s why we’re offering this service,” he said.

Hanaco, the mother of a 5-year-old boy, eventually told her parents about her pregnancy, a few months before she gave birth. She’s thankful for her life now with her son in the Japanese city of Hiroshima. When she isn’t working or cooking for the two of them, they go to the park or draw together. Her son likes to scribble portraits of his mother with crayons.

But she said Japan has a long way to go in supporting single mothers.

“It’d be great if we were just seen as normal, not a novelty.”