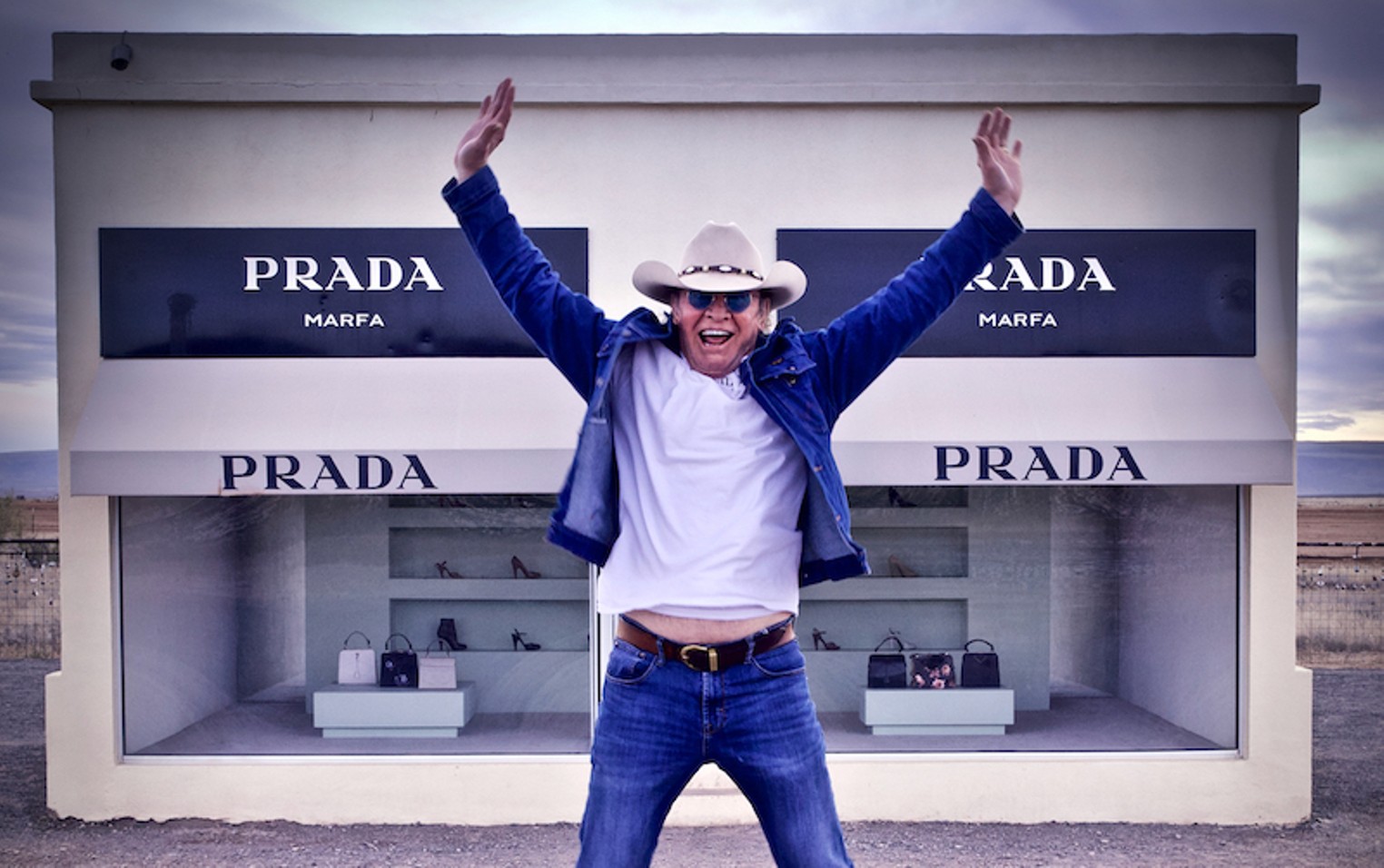 Gary P. Nunn and The Lost Gonzo Band forever changed the terrain of Texas music. They, along with frontmen Michael Martin Murphey and Jerry Jeff Walker, sparked the Cosmic Cowboy movement centered around the Armadillo World Headquarters in Austin. Together they created a place where hippies and rednecks could finally agree on something, the music.

Gary P. Nunn will be performing in Houston on Friday, July 22 at The Heights Theater with Summer Dean opening up the show. “It’s one of the venues that features our kind of music and we are happy that they are staying open and doing business,” says Nunn of his return to the Heights.

Nunn and his family relocated to Texas from Oklahoma when he was in the sixth grade which he sweetly describes as “The happiest day of my life.” It seems Nunn was born for the Lone Star State as he quickly fell in love with the larger schools, sports teams, swimming pools and surely “the prettiest women you’ve ever seen” as he says in his well known song “London Homesick Blues.”

Just a few years later he fell for the music here too. “By the time I was in eighth grade we started a little band. We won the talent show and I’ve been in a band ever since except for the little three month period of time back in 1979,” he says referring to the disbanding of the Lost Gonzo Band.

“At certain times things got a little weird with Jerry Jeff and we peeled off there,” he says of the group’s split from Walker following a New Year’s Eve show in Houston. “We did about two years or so of making records for RCA and Capital and traveling around and in that situation, we kind of lost our focus and drifted apart. Everybody had different interests.”

Bandmates Bob Livingston and John Inmon delved into the Hindu religion leading them to travel along with their families to India and Nunn stayed back in Texas focusing on what he knew.

“I was content to stay with the kind of music that brought us to where we were and that was that Cosmic Cowboy music, a mix of country, rock and folk that seemed to fit our Texas culture so I elected to stick with that Texas singer songwriter thing,” he says.

Nunn was trying to find his next step in those few months with no band when pedal steel player Mike Hardwick reached out from Tempe, Arizona and asked if Nunn was looking for a backup band.

“So those fellas moved here and we put a band together and that’s what got me started on my own. I made a record called Nobody But Me because that’s how it was, there was nobody but me at the time,” describes Nunn.

Nunn never hesitates to give credit to Murphey and Walker for helping him establish his audience base and solo career which he describes as having a “slow and steady growth” throughout the years focusing on “Happy Texas Music.”

Hardwick has reunited with Nunn and will be joining him for the Houston show. “He’s really the foundation that helped me start and continue and so it’s great to have him back after all those years.”

Last year Nunn also reunited with The Lost Gonzo Band for the first time in nine years to perform at Gruene Hall where they sold out the joint. The went on to play Willie Nelson’s Luck Reunion in March of this year for a special performance where they were joined by Michael Martin Murphey for what could only described as a magical experience.

“We had our differences back then but all of that has just faded away. Everybody is just really cooperative and good natured. We get in there, have rehearsals and work up our shows and we enjoy that.”

“We had our differences back then but all of that has just faded away. Everybody is just really cooperative and good natured. We get in there, have rehearsals and work up our shows and we enjoy that.”

The band now includes the original three players along with longtime Walker drummer Freddie Steady Krc, Steve Layne on guitar and David Webb playing the keyboard to recreate the rich sounds by the late Kelly Dunn on the original recordings.

The Cosmic Cowboy movement and music was no doubt a cherished and special time in Texas music and beyond. It can feel as though its roots are slipping away with the passing of those involved, including Walker who passed away in 2020.

“It affected me a whole lot,” says Nunn of the loss of his friend. “I didn’t expect for it to affect me that way but I found that it did. We hadn’t been close for years and years but I always made a point to stay in touch with him and wish him the best,” he says, describing how toward the end the two men would text back and forth about their love and admiration for each other.

Nunn makes a point of paying tribute to and telling stories about his long friendships and collaborations with artists like Walker, Willie Nelson, Guy Clark and others during his solo shows.  “I’m really getting a great response to that. Towards the end of the show I start delving into those songs of the ‘70s and the people they just gather around the stage and hang onto every word,” he says.

Many big name artists have had hits off of Nunn’s songs which he has wisely maintained the rights to and credits Murphey with educating him on the important and often overlooked business side of being an artist.

“I started from scratch and I built up a pretty good business. I sold a lot of records and a lot of songs and I’ve managed to control and own 100 percent of my records, masters and publishing unlike others who have to sign it away to get those record deals I’ve managed to hang onto it, and it’s really paying off for me here at this stage in my career.”

Nunn has also learned a lot about how to work the crowds and keep them dancing and engaged but admits he has had to learn the transition from dance hall to listening room as when he was a younger artist the dance halls were the “bread and butter” of his career.

“I’m monitoring the audience every song, every step of the way and trying to feel the best way to go. I just call my songs off the top of my head according to how I feel the audience and sometimes they’re dancers and so you have to try to keep them on the dancefloor while you do your latest stuff and still do your original stuff that they came to hear. I’m from the old school where our goal is to entertain the folks and for them to enjoy the evening and have a good time.”