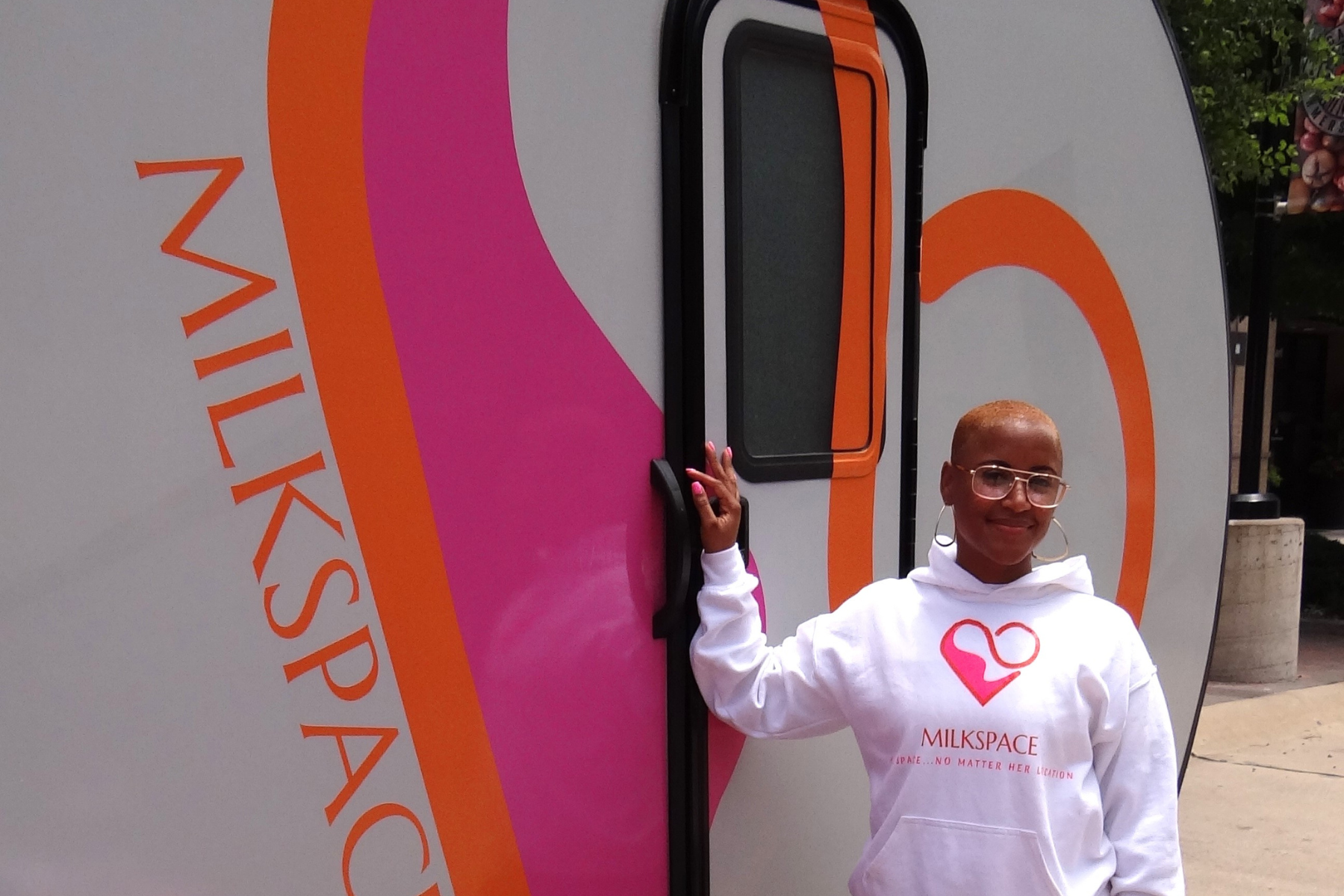 A few years after Kelli Mumphrey graduated from Virginia State University in 2008, she joined the U.S. Navy. It made sense. Her mother had been in the military, too, moving the family across nine states. Plus, Mumphrey had done a semester of ROTC while attending college.

For four years, she served as a Master-At-Arms. Mumphrey felt a sense of purpose in the navy. But when she was ordered to complete a mandatory one-year overseas deployment that would separate her from her 1-year-old daughter, she knew it was time to leave. Her husband, Cortney Mumphrey, had received a job offer in Dallas, so in January 2014, the family packed up their Chevy Equinox and drove from Virginia to the Lone Star State. However, the new job offer got rescinded. The couple was stuck couch-surfing in Dallas with no jobs, a toddler, and another baby on the way.

Mumphrey had to do something. She got a job with the Federal Deposit Insurance Corporation. She went back to school and completed a management with concentration in human resources master’s degree in 2016. She then worked fulltime for the Department of Labor, serving as a navy reservist on weekends, and built a grant consulting business. All this “offered foundation in my family’s life,” Mumphrey says, “and has given me the principles I need for MilkSpace.”

In 2018 Mumphrey founded MilkSpace, a pop-up canopy company that provides private places for women to breastfeed at events. The idea was born from her own ongoing struggles nursing her two children. She says she faced latching issues with both her daughters, worried about her milk production, and faced difficulties finding places to breastfeed outside the home.

Although women are legally allowed to breastfeed in public, many mothers still face prejudice and difficulty feeding their babies while out and about. Often, they have to hunt out private, but inconvenient places to nurse. Mumphrey is no exception. She resorted to common practices, like using her car, family restrooms, and her own house to breastfeed. But overtime, she saw the negative implications behind each choice and what it meant for the DFW community.

“Would you personally eat your dinner in a public restroom where people pee and poop? Of course, you wouldn’t,” she says. “So why would that be sanitary and a clean solution for the millions of mothers who breastfeed?”

For Mumphrey, the hardest places to breastfeed were outdoors, especially at public events. She had positive experiences with lactation-designated rooms at various companies and in some public spaces, like hospitals. But “women aren’t just physically in the workplace, but in all other venues.” Many women must either feed their babies or pump in two-hour increments to avoid severe pain and other problems. Without a comfortable public alternative, some might feel forced to stay home and avoid social outings, which could potentially prolong the effects of postpartum depression.

The goal of MilkSpace is to emphasize that breastfeeding doesn’t have a one-size-fits-all solution and that society needs to take a deeper look at how we acknowledge, accept, and accommodate women’s various nursing needs and preferences in public spaces, she says.

The MilkSpace pop-up canopy tent offers privacy and soft seating for mothers. There are power sources for breast pumps and refrigerators to keep milk cold. A lot of these customizations were for mothers who deal with similar latch issues, where a calm, private area is needed.

While the first businesses Mumphrey approached with MilkSpace weren’t receptive, she’s slowly been gaining customers and attracting positive reviews from mothers who used her tent.

She didn’t get a lot of sales on the kits, though. So, Mumphrey switched to giving away her kits for free to low-income households, partnering with companies like MilkStrip and Mama Love on the project. She launched the “MilkSpace in Motion” social impactive initiative during the height of the pandemic. The initiative was designed to address breastfeeding disparities amongst Black women and other marginalized communities by distributing these essentials to low-income households.

The pandemic exacerbated the difficulties that low-income families, as well as families of color, face when it comes to breastfeeding, Mumphrey says.

“Black women simply have less collective support, and many women will return to a low-income job after giving birth,” she says, explaining women could be afraid to ask their companies about breastfeeding accommodations. “During the pandemic, you don’t want to lose your only source of income because you caused friction with management.”

Mumphrey continued to partner with local community organizations to distribute needed supplies, as well as sell products online until Texas began to reopen. However, the temporary switch to e-commerce had left Mumphrey cash strapped by the beginning of 2021. But she’s been able to save and continuing growing MilkSpace with support and mentorship from two local entrepreneurship programs, Impact Ventures and Veteran Women’s Enterprise Center (VWEC). In 2021, she won $25,000 from a VWEC pitch competition. She used the money to buy and customize a climate-controlled, 18-foot-long trailer for mothers to use. Mumphrey officially began using the trailer last April.

Currently, MilkSpace, LLC has evolved from a pop-up canopy to a premium Mobile MilkSpace event service to accommodate mothers’ breastfeeding needs while attending events. Mumphrey hopes to turn MilkSpace in Motion into a separate 501c3 nonprofit and use the momentum behind recent breastfeeding legislation to emphasize the importance of her cause. She wants to ensure mothers get the access to Texas events and outdoor venues that she never had because “women should be allowed to be relaxed, empowered, and comfortable doing what’s natural for them and their baby.”

Get the AtHome Newsletter