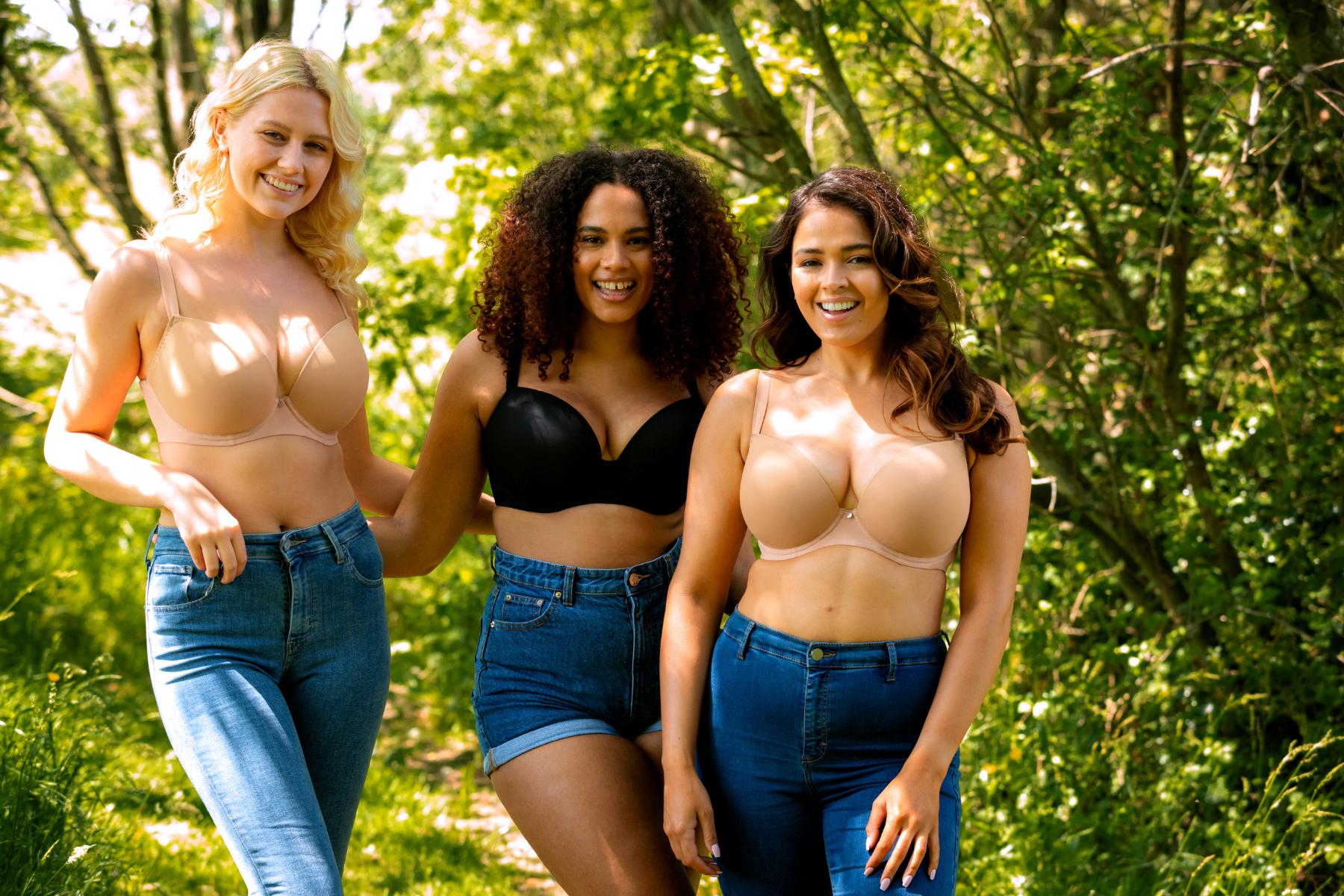 When Nicole Silva walked into an Austin lingerie shop in 2012 for a job, her interview included a fitting. They measured her and handed her a bra to try on.

Silva, who’s opening her own specialty bra shop in Dallas this April, was nervous. She didn’t know much about undergarments. A self-described tomboy growing up, she had preferred sports bras. “I think I had two bras,” she says. “And I was definitely not wearing the right size.”

Plus, this was a far cry from her first career battling wildfires in the Pacific Northwest. She began working as a wildland firefighter for the Oregon Department of Forestry in college. For six years, she worked on a two-person engine crew in Eastern Oregon. They’d be the first on the scene to fight the flames; she could spend 30 hours straight on one fire.

She loved it, but most of her coworkers were men. There were “a lot of egos,” she says. And the job also put a lot a wear-and-tear on her body. “I thought that this maybe wasn’t something I could do as I get older,” she says.

How Long Does a Bra Last?

“How long bras typically last is really how many you have in rotation and how well you care for them,” Silva says. She suggests washing—but not drying in a dryer—after each wear as lotions, deodorant, and your skin’s oils can break down the band’s elastic. You should have at least three bras in rotation—the more you have, the longer they last. Even still, Silva recommends replacing your bras once a year.

So in 2011, she and her then-boyfriend, now husband, decided to move to Austin. She found a job at a Marriott but wasn’t happy. Then a friend suggested the position at the lingerie shop. The idea of working with women after being surrounded by men for so long scared her, but she applied for it anyway. She did the interview and the fitting, which was eye-opening. She says she didn’t know that bras were “actually supposed to feel this good.”

Silva was hired as a fitter, and she soon enjoyed her new role helping women. Some studies say that about 80 percent of women wear the wrong bra. “I quickly realized how rewarding it was to actually help women find the right, correct-sized bra,” Silva says.

She loved building relationships with her clients, finding support among her coworkers, and, well, women were less dramatic than the men she used to work with.

Over the years, Silva noticed that many women drove down to Austin from Dallas for more size-inclusive bras. She began keeping a tally. “It was nuts,” she says. “Okay, it was three last week, and then another one this week.”

Eventually, Silva decided to open her own shop in Dallas. She visited the city to inspect the competition but didn’t find much. Specialty store The Maddox Shop had been beloved in the community, but it closed right after Christmas 2018.

Silva went all in on a store in 2020. She applied for a business loan, and she and her husband sold their house on March 4. Then the pandemic hit. She paused the loan process, got a new job at Soma, and bunked with a friend for around eight months before finally moving to Dallas in December 2020.

Last April she started the process once again. She spent months working on the business loan paperwork and looking for the right storefront. In June 2021, she settled on a spot near the Galleria, right next to a bridal shop, “and I just thought that would be so complementary to our business.”

How to Properly Fit a Bra

You should get re-sized every year, Silva says. Weight fluctuates all the time and “it’s actually very easy to change a cup size.”

This process should be as noninvasive as possible. The fitter should measure over your shirt. No measurement is perfect, Silva says, but this gives them an idea of what will work.

From there, the fitter will hand you different options. The underwire, she says, should flat against the center of your chest and behind the breast tissue on the side. The band in the back, she says, should be parallel with the cups in the front.

Bella Bra Shop will finally open at 4885 Alpha Rd., ste. 125, next week. Silva is planning a grand opening party on Saturday, April 9. There will be popups from local shops like Go Easy and live music from Rosas Divinas, an all-female local mariachi band.

The shop features a wide inventory of bras, bralettes, bridal bustiers, sports bras, mastectomy and nursing bras, sleepwear, swimwear, and more. Options runs the full gamut of women’s bodies, with AA–O-cup sizing, 28–56-inch bands, and up to size 6X in both swim- and sleepwear.

“And then within those sizes, having actual options,” she says. “It’s not just, ‘Oh, we’ve got one beige bra in your size.’ I want everyone to have opportunities to have pretty colors, good basics.”

Having an inclusive inventory was imperative for Silva. Big-box stores tend to stop at a D cup because it’s cheaper to produce, but “there’s way more sizes out there.” Stores that stop sizing at 14 frustrate her, and she wanted to break that mold. People “should have the opportunity to find something cute or something that they want to wear,” she says.

Her goal is to be the solution for Dallasites looking for a better bra.

Get the Living Newsletter

Get the insider’s guide to the best in Dallas style, beauty, and wellness delivered right to your inbox each month.