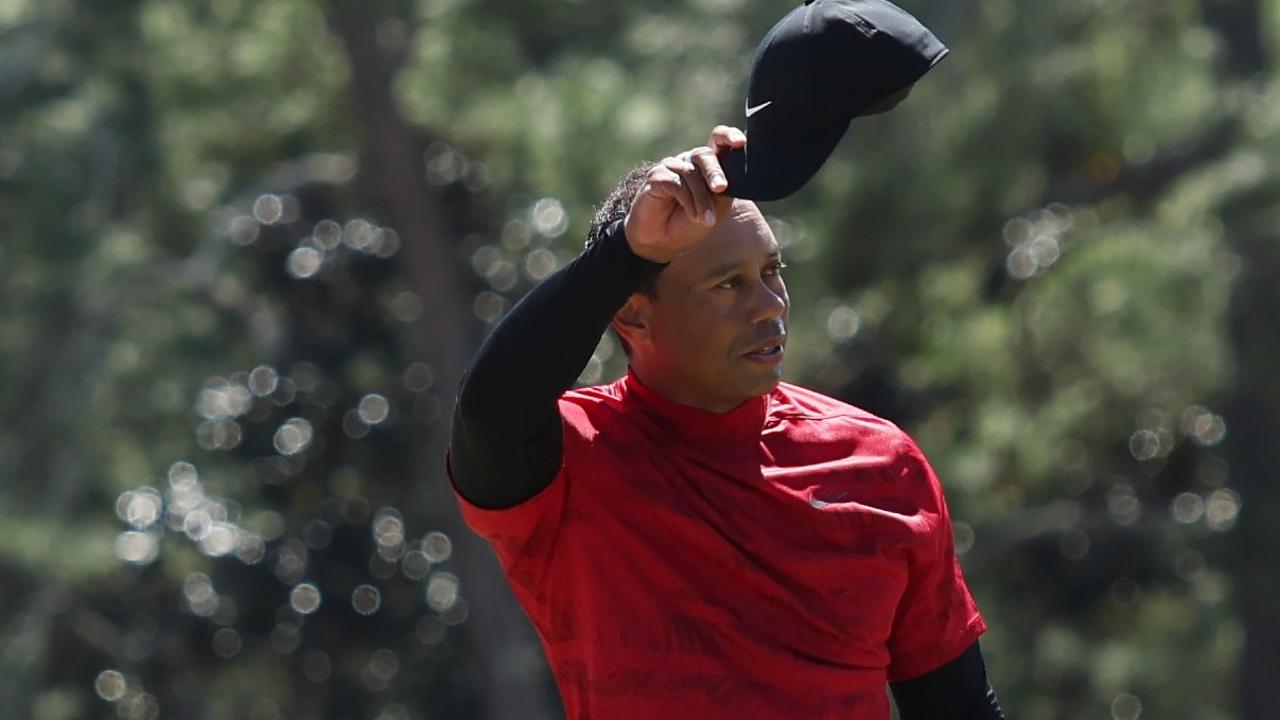 AUGUSTA, Ga. — The score was never going to matter.

This Masters, the 24th of Tiger Woods’ career, was never going to be about his results or where he would finish, but that he could finish.

That Woods — fewer than 14 months removed from his frightening one-car wreck outside of Los Angeles that he said nearly caused his right leg to be amputated — simply started this week’s Masters was astonishing in and of itself.

The scene shortly after 3p.m. Sunday as Woods completed his final round was reminiscent of the scene from the same spot in front of the Augusta National clubhouse in 2019 when he won his fifth green jacket — minus the bedlam.

There was a human tunnel formed between the 18th green and the clubhouse, and at the end of it stood his two kids, Charlie and Sam, his girlfriend, Erica Herman, his mother, Tida, and his closest confidant, Rob McNamara.

RORY ROARS: McIlroy finishes with ‘one of the greatest shots in Masters history’

“The fact that he played four rounds in a row on this golf course … I don’t want to use the word ‘amazing,’ but with all he’s been through it’s borderline amazing,’’ Woods’ caddie Joe LaCava told The Post in a quiet moment as he loaded the courtesy car in the champions parking lot in front of the clubhouse.

That the 46-year-old Woods was able to walk four rounds at Augusta, one of the hilliest golf courses in the country, it opened a door to his playing future — a future few thought he’d have after the crash.

A future that, he told Sky Sports after his round Sunday, includes playing in the British Open at St. Andrews in July and possibly even the PGA Championship next month at Southern Hills.

LaCava, by nature a very pragmatic and conservative man, said “the door is ajar’’ for more tournament golf for Woods.

“There’s light at the end of the tunnel that it may be able to happen — certainly on a part-time kind of situation,’’ LaCava said. “The fact that he got through around here makes you think maybe walk pretty much any other golf course.’’

LaCava’s first goal for the week: “I told people, ‘Let’s get to the top of the first hill on the first day and go from there.“It’s great he did four days in a row, but I want to know how he is Friday, Saturday, a week from now. Then I’ll say, ‘OK, maybe the door’s further open.’ ’’

Woods said he “had the same questions’’ everyone else had about whether he’d be able to return to tournament golf.

“I don’t think words can really describe that, given where I was a little over a year ago and what my prospects were at that time, to end up here and be able to play in all four rounds,’’ he said. “Even a month ago, I didn’t know if I could pull this off. I think it was a positive, and I’ve got some work to do and looking forward to it.’’

The next box to check for Woods is the PGA at Southern Hills, where he won in 2007.

“I don’t know if I’ll be able to play at Southern Hills or not, but I am looking forward to St. Andrews,’’ Woods told Sky Sports. “That is something that is near and dear to my heart. You know, I’ve won two Opens there, it’s the home of golf, it’s my favorite golf course in the world. I will be there for that one.

“Anything in between that, I don’t know. I will try, there’s no doubt. This week, I will try to get ready for Southern Hills, and we’ll see what this body is able to do.”

LaCava conceded that the opening-round 71 proved to be “a little bit of a tease.’’

“When you shoot 71 on the first day in those kinds of conditions, you start to get your hopes up, like, ‘Can this actually happen? Can we contend this week?’ ’’ he said.

When Woods walked to the clubhouse for scoring and when he stepped onto a riser to speak to reporters after the round, he moved awkwardly and winced in pain.

“I think it caught up to him in the end, of course,’’ LaCava said. “Four days around this track — not to mention the weather we had? So yeah, I think it just wore on him.’’

For the record, Woods shot 78 on Sunday, same score as he shot Saturday after shooting 71-74 in his first two rounds. He finished 47th out of the 52 players who made the cut.

“Score always counts with this guy,’’ LaCava said. “But at the end of the day, it wasn’t as important maybe as always.’’